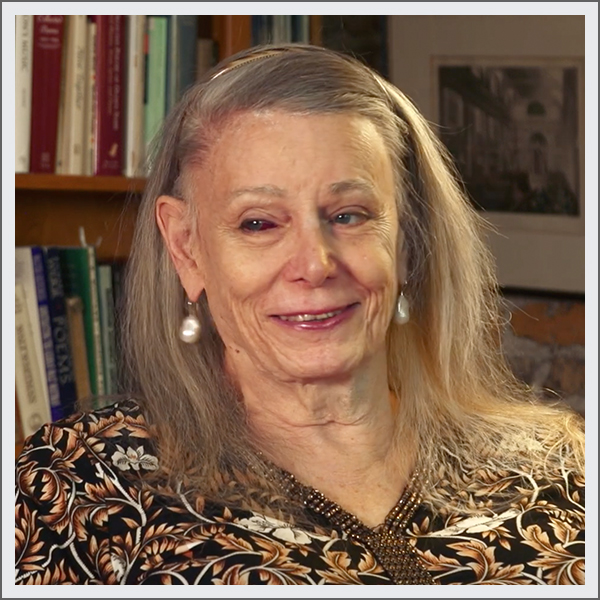 Praxis Circle interviewed Dr. McCloskey because she is one of the most outstanding and fascinating economic historians in the world and because of her interest in and explanations for the West’s and the world’s vast increase in wealth since 1800, a little known and certainly not celebrated fact.

Dr. McCloskey graduated from Harvard University with her B.A. (1964) and Ph.D. (1970) in Economics. She holds eleven honorary degrees from U.S. and European universities and is a former protégé of Dr. Milton Friedman. She has held a Guggenheim and a National Endowment for the Humanities Fellowship, along with winning a National Science Foundation grant. She has received numerous other fellowships and awards. She is also currently on the Board of Advisors for the University of Austin, a developing private liberal arts college proposed in 2021 that aims to champion  freedom of inquiry, freedom of conscience, and civil discourse within higher education.

A prolific author, Dr. McCloskey has written four hundred scholarly and popular pieces, nineteen books, and is working on her twentieth. Her book Crossing: A Memoir, an account of her gender change, was named by the New York Times in 1999 as one of their “Notable Books of the Year.”

In Dr. McCloskey’s own words, she is “a literary, quantitative, postmodern, free-market, progressive-Episcopalian, ex-Marxist, Midwestern woman from Boston who was once a man. Not ‘conservative’! I’m a Christian classical liberal.”

DM-01 How and why: the Bourgeoisie as a great theme.

DM-02 How did you move left to rightward through graduate school?

DM-04 How are you postmodern?

DM-05 As a Liberal or Libertarian, does the average person need God to avoid Nihilism?

DM-08 What do you think of men and masculinity?

DM-09 Why was the Great Enrichment not noticed sooner?

DM-10 How does the Trilogy integrate bourgeois virtues, dignity, and equality?

DM-11 What caused the Great Enrichment or Hockey Stick?

DM-12 What are the bourgeois virtues?

DM-15 Is family the basis of society?

DM-16 What does the cowboy movie Shane mean to you?