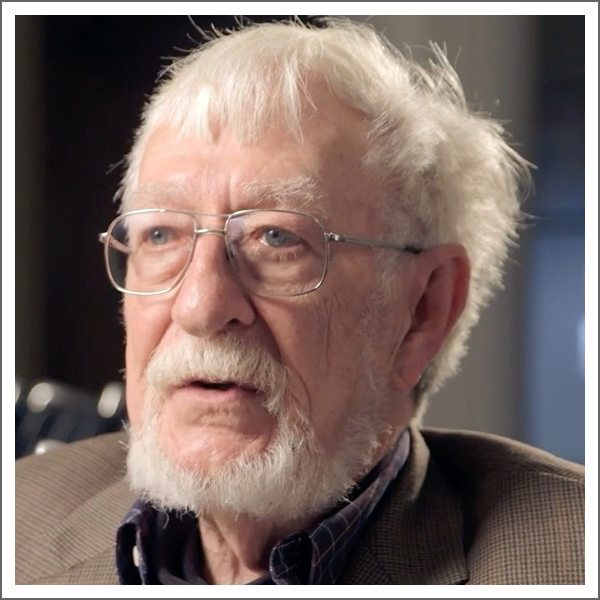 James Hall is the the former head of the Philosophy Department at the University of Richmond, whose academic interests include 20th Century Analytic Philosophy, Philosophy of Religion, Epistemology, and Logical Empiricism. He was interviewed because of his engaging perspectives and communication skills concerning the philosophy of religion, particularly the Abrahamic monotheisms.

Dr. Hall is the James Thomas Professor of Philosophy, Emeritus, at the University of Richmond in Richmond, Virginia. Born in 1933 in Texas, he grew up in New Orleans and Washington, D.C. He has been the recipient of many grants, fellowships, and honors during his forty years of teaching at UR, including three different awards for being an outstanding faculty member at the university.

In addition to his academic career, Dr. Hall is a “star” lecturer for The Great Courses with his two courses, Philosophy of Religion (2003) and Tools of Thinking: Understanding the World through Experience and Reason (2005), and has authored three books: Knowledge, Belief and Transcendence (1982); Logic Problems (1991); and Practically Profound (2005). He was also the author of numerous papers, articles, and individual book chapters.

“Philosophy is reflecting on why you think what you think, believe what you believe, and do what you do. Anyone can do it. Everyone should.”
– Jim Hall for The Great Courses

James Hall - How did your Midwestern roots help make you a philosopher? (JH-1)

James Hall - Could you describe your written work? (JH-5)

James Hall - Can philosophy improve one as a religious person? (JH-8)

James Hall - Will computers one day have human consciousness? (JH-10)

James Hall - What is worldview versus religion? (JH-11)