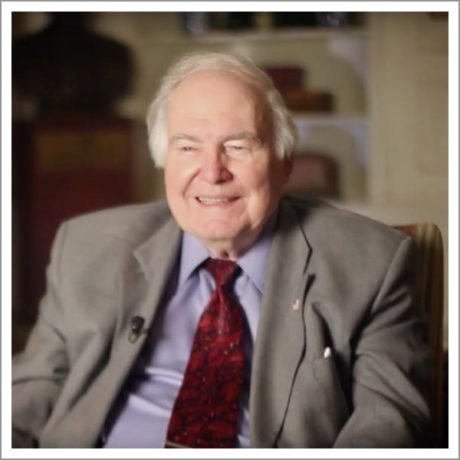 Michael Novak (1933- 2017) was an American Catholic philosopher, theologian, author, and diplomat who reflected primarily on the foundation Christianity provides for American and Western society. He was interviewed because of his critical views concerning democratic capitalism and his role in the Fall of the Berlin Wall.

Mr. Novak served most of his professional career as the George Frederick Jewett Scholar in Religion, Philosophy, and Public Policy at the American Enterprise Institute in Washington, D.C. In his last years, he resided in Ave Maria, FL, where he served as a trustee and visiting professor at Ave Maria University. His wife Karen Laub-Novak was a respected sculptor, painter, and print-maker. His daughter and sometimes co-author, Jana Novak, is an accomplished writer and blogger.

The Making of a Martyr: Father Richard Novak, C.S.C is a short book by Mary Ann Novak to honor their brother, murdered in 1964 while serving as a missionary in Bangladesh.

MN-5 Prophecy as Plain as Ones Nose: Denied

MN-9 Growth of Christianity in China

MN-12 The Pursuit of Happiness: A Tale of Two Sisters