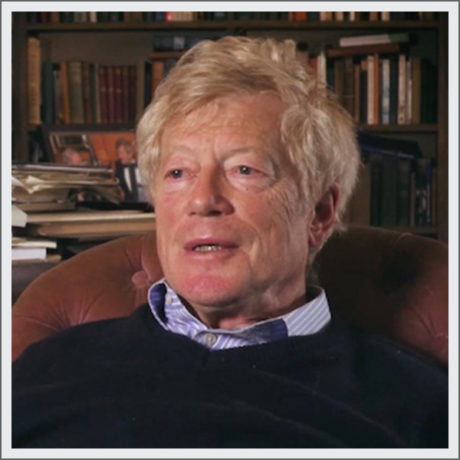 We interviewed Scruton because of his commanding knowledge of Western philosophy, his highly developed philosophical and theological anthropology, and his extensive service to Western civilization, Britain, freedom, and education.

Scruton graduated from Cambridge University in 1965, where he also received his M.A. and Ph.D. in philosophy in 1967 and 1972, respectively. He taught as a Professor or Visiting Professor at Birkbeck College (London), Boston University, the Institute for the Psychological Sciences (Arlington, VA), Princeton University, Blackfriars Hall Oxford, the University of St. Andrews, and the Buckingham University (London).

Scruton lived on Sunday Hill Farm in Wiltshire, England and was a professor at Buckingham University, where he taught an MA program at the London campus. He was also a Senior Fellow at the Ethics and Public Policy Center in Washington, D.C. and had been most recently been appointed head of Great Britain’s Building Better, Building Beautiful Commission. His wife Sophie and his college-aged children still reside at Sunday Hill Farm and are continuing his summer school, Scrutopia, and other special projects related to his extensive work.

SRS-1R What's been most important to you?

SRS-2 How did it feel to be knighted?

SRS-3 Which of your many books to recommend?

SRS-4 What is philosophy?

SRS-7 Are you elitist or anti-elitist?

SRS-10 What is truth and reality?

SRS-11 Can we judge different worldviews?

SRS-13 How important is monogamous marriage?