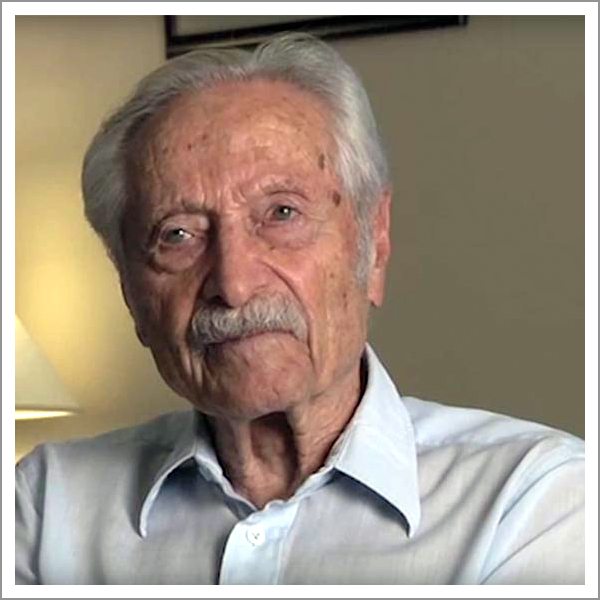 Samuel H. Baron (1921-2017) was a Professor Emeritus of Russian history at the University of North Carolina at Chapel Hill. He focused his research career on the Russian Revolution of 1917 and Western influences on Muscovite Russia in the sixteenth and seventeenth centuries. He was interviewed because he was an expert in Marxism’s influence on Russian and Soviet history particularly, and European generally, and because he was a naturalist social democrat and great friend of Praxis Circle team going back to the 1970’s.

Dr. Baron received his undergraduate degree from Cornell University in 1942 and his doctorate from Columbia University in 1948, as well as having pursued postgraduate studies in East Asian studies at Harvard University. He served in the U.S. Air Force and Army throughout Western Europe during World War II. Afterwards, he taught Russian history and other courses at the University of Tennessee, Grinnell College (ten years), the University of California – San Diego (seven years), and the University of North Carolina (twenty-two years), where the Samuel H. Baron professorship was established in 1987.

Winner of numerous prestigious awards and grants, Dr. Baron was perhaps the leading expert on the life of G.V. Plekhanov (1856 – 1918). He wrote or edited, among other works, Plekhanov: The Father of Russian Marxism (1963), Plekhanov in Russian History and Soviet Historiography (1995), and “My Life with G.V. Plekhanov” (first published in 1985 in Introspection in Biography). Plekhanov is significant in that he introduced Marxist ideas into the Russian context and had a heavy influence on early Russian Marxists, including Lenin, Trotsky, and Stalin. Dr. Baron was instrumental in restoring Plekhanov to his proper place in Russian history. In addition, in 2001 he authored the first English-language examination of the Khrushchev-era food-price revolt in the Rostov Region of Russia, arguably a precursor to the collapse of the Soviet system.

Dr. Baron was married to Virginia Baron for sixty years and is survived by three daughters and their families.

SB-2 USSR as a Superpower and “Knowing Your Enemy”

SB-3 Emerging Russian Studies in the U.S. and the Role of the U.S. Government

SB-5R More Comments on How Becoming Interested in Plekhanov

SB-6 Who was George Plekhanov, and what did he accomplish in Russia?

SB-7 Who did Plekhanov influence? (Lenin and Trotsky) Who was right?

SB-8 What was your most fulfilling life experience as an historian?

SB-9 Being Blacklisted during the Age of McCarthyism

SB-12 How to characterize the McCarthy era and its resolution?

SB-13 Where did you have your most rewarding teaching experience?

SB-14 Asking the Question about Historical Stages: Words like “Capitalism” and “Socialism"