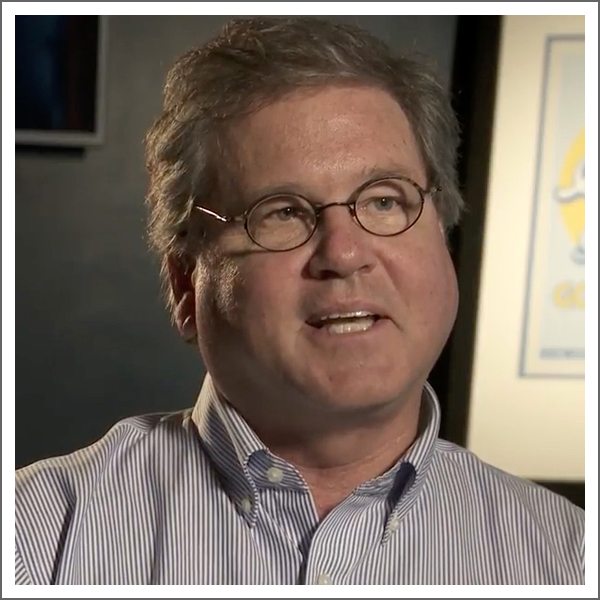 Allen Corey grew up in Chattanooga, TN, where he lives today, and graduated from the Baylor School there in 1974. He then graduated from the University of North Carolina – Chapel Hill in 1978 and Vanderbilt University Law School in 1981. Mr. Corey was interviewed because of his broad knowledge of business and law and his distinctive approach to certain “worldview” issues.

Following his graduation from law school, Mr. Corey returned to Chattanooga and joined the Miller & Martin law firm, becoming a partner primarily practicing corporate and business law; he remained with the firm until 1996. It was there he became familiar with the business side of brewery restaurants and craft breweries, since developing into an expertise generally in restaurants, retail, and commercial real estate.

Mr. Corey left Miller & Martin in 1996 to become CEO of Big River, a small brewery restaurant chain that he had done the legal work for and invested in, when the micro beer industry was in its infancy. Big River then expanded rapidly by developing new stores in the Southeast and through acquisitions, such as Gordon Biersch on the West Coast and, eventually, through a merger with Rock Bottom (including the Old Chicago brand), to form CraftWorks Restaurants & Breweries Inc., the largest brewery/restaurant chain in the U.S.

After selling CraftWorks, he and his partners started SquareOne Holding which combines the talents of some of their best brewers, culinary experts, and operators into a company that provides consulting, management, and capital for every aspect of opening and running restaurants or breweries themselves. Today, SquareOne owns a number of growth-oriented restaurants, brands, and breweries, and it actively experiments in new restaurant concepts.

Mr. Corey is married and the father of two adult daughters. Community service has been an important aspect of his life, while building various businesses full-time. He has served as a trustee for the Baylor School, a co-chair (with his wife) of the Fast Day fundraiser for Community Kitchen in Chattanooga (a provider of meals for the homeless), a member of the Executive Committee of the Board for the Chattanooga Convention and Visitors Bureau, and a member of many other for-profit and not-for profit boards.

AC-2 Craftworks, The Largest Brewery Restaurant Chain in the U.S.

AC-6 Is alcohol a moral issue?

AC-7 What is business's function in society? Ethics in business?

AC-8 What is "doing the right thing"?

AC-9 Have your business ethics changed much in time?

AC-10 Do you have any problems translating what you hear from the pulpit to your work week?

AC-11 Do you think many people outside of business understand business?

AC-12 How good is advice from outsiders about ethical issues in your business?

AC-13 Is business all about money and profits?

AC-14 How important is strategy and marketing, in addition to people, versus profits?