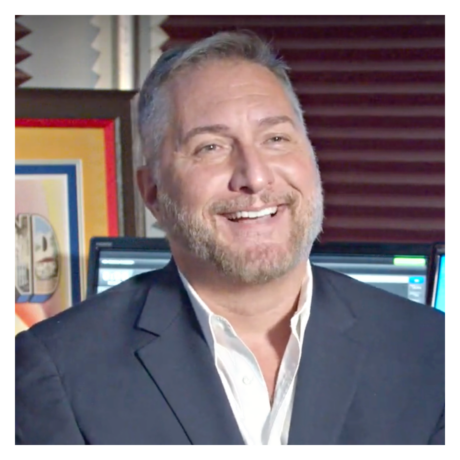 John Reid is a star of AM talk radio in Virginia as host of Richmond’s Morning News with John Reid on Newsradio 1140 WRVA.

Praxis Circle interviewed Mr. Reid because of his vast personal experience and immersion in media, journalism, entertainment, politics, and current events, as well as his travel throughout the world to all seven continents. His fascination with people and global culture is unparalleled. It has brought him direct and extensive contact with the famous, powerful, learned, creative, successful, wealthy, charitable, ordinary, troubled, and underprivileged. John gets along with everyone while sponsoring candid and lively exchange benefiting all listening in. As his dedicated audience knows, his conversations are always fun, insightful, and engaging.

Mr. Reid was raised in Richmond, Virginia where he lived until his prep school graduation from St. Christopher’s School in 1989. He then attended Baylor University in Waco, Texas, where he received a bachelor’s degree in political science and began interning at the local CBS station. Interested in the entertainment and news industries, Mr. Reid moved to Los Angeles, California to intern in Ronald Reagan’s press office in 1993, where he worked with the former president to help draft his remarks and speeches given after his time in the White House.

After working in Reagan’s press office, Mr. Reid decided to return to Waco as the overnight producer for the CBS affiliate, working on “Good Morning Central Texas.” A position with the ABC affiliate in Richmond brought him home in 1994 where he worked as a weekend anchor and investigative reporter before becoming a co-anchor for the morning show. In 2004, Mr. Reid moved his career to Washington, D.C. as the director of communications for Senator George Allen’s office from 2004-2007. From there, Mr. Reid worked as the director of communications for the U.S. Chamber of Commerce and with private public relations firms—jobs that sent him around the world, including a three-year stint in the Middle East. Throughout his life, Mr. Reid has traveled to over 85 countries and has gained deep wisdom from his extensive experience with different nationalities, cultures, religions, and beliefs.

In 2017, Mr. Reid once again returned to Richmond to work at WRVA, where he currently hosts his morning radio show. His desire is to use the reference points of his life to illuminate today’s political conversation and nudge it in a direction that respects America’s values, culture, and heritage.

John Reid - How should we identify? No labeling categories; seek commonalities. (JR-6)

John Reid - Are you an Episcopalian? Why? Accumulated Wisdom/Lasting Influence (JR-7)

John Reid - How does religion influence you? A Walk with God (JR-8)

John Reid - Given your travels, what makes people happy? (JR-13)