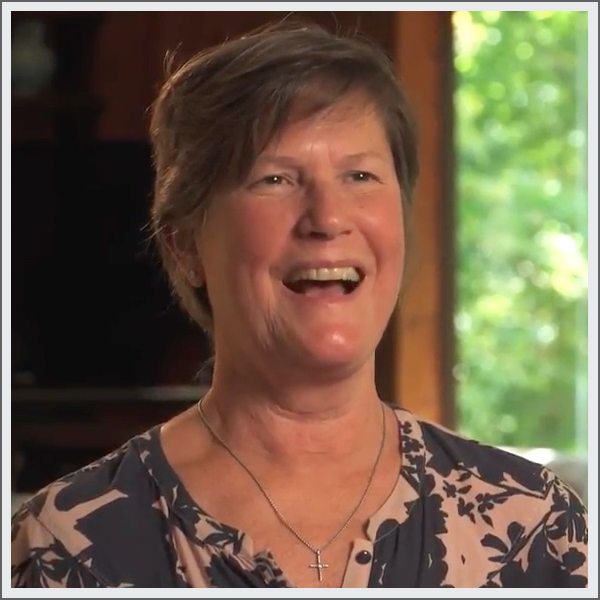 Julia W. Burns was a psychiatrist who specialized in child and adolescent psychiatry, particularly physical and sexual abuse and trauma, having practiced in Virginia, North Carolina, and New York. Dr. Burns performed medical mission work in El Salvador, South Africa, and Botswana during her career. She also painted, blogged, and wrote poetry. Mother of three, she often wrote about her experiences as a psychiatrist, mother, and cancer patient.

Dr. Burns was interviewed by the Praxis Circle because of her interesting experiences as a psychiatrist and the vast knowledge of human nature gained from that practice, her creative artistic writing, painting, and music talent, her abiding Christian faith, her experiences as a wife, mother, and friend, and her inspiring battle with cancer.

Dr. Burns graduated from the University of North Carolina – Chapel Hill in 1979 with a B.A. with Highest Honors in Psychology and with a concentration in Piano. From 1980-81 she attended York University’s Graduate Program in Clinical Psychology (Toronto, Ontario), followed by graduation from the Bowman Gray School of Medicine in Winston-Salem, NC, in 1987. Dr. Burns then moved to Richmond, VA, where she performed her Internship and Residence in Psychiatry at the Medical College of Virginia (now the Virginia Commonwealth University Medical Center) from 1987 to 1990 and received a Fellowship in Child Psychiatry from the Virginia Treatment Center for Children at MCV (1990 – 1992).

Dr. Burns’ medical career covered a wide range of practice, from private, outpatient adolescent and child psychiatry to court system experience as an expert witness regarding child maltreatment and custody disputes to serving as the Medical Director and Staff Psychiatrist for The House of the Good Shepherd in Utica, NY, a 300-child agency with hospital, residential, and foster care services (1992 – 1999). In addition, she served as a staff psychiatrist for United Cerebral Palsy in Utica (1992 – 1994), the Veterans Administration in Morehead City, NC, (2003 – 2004), and Kids Oneida in Utica (2005 – 2007).

JB-2 And your family background? Where are you from?

JB-3 What about being a mom?

JB-4 And your husband, Andy? A good southern girl married to a stone-cold, Yankee?

JB-5 Who shaped you the most?

JB-6 Tell us how you gained such broad experience as a psychiatrist and counselor?

JB-8 Tell us about the trauma you encountered involving child abuse as the psychiatrist?

JB-9 How did this affect you? Angry with God

JB-10 And you had a life transforming dream?

JB-11 Please describe the dream for us.

JB-12 Tell us about Sandra, one of the children who inspired your book.

JB-13 What happened next? The reaction of your colleageue?