Articles on exploring and building worldviews
Blog

Circling | History
2124: The Next 105 Years – Part I of III 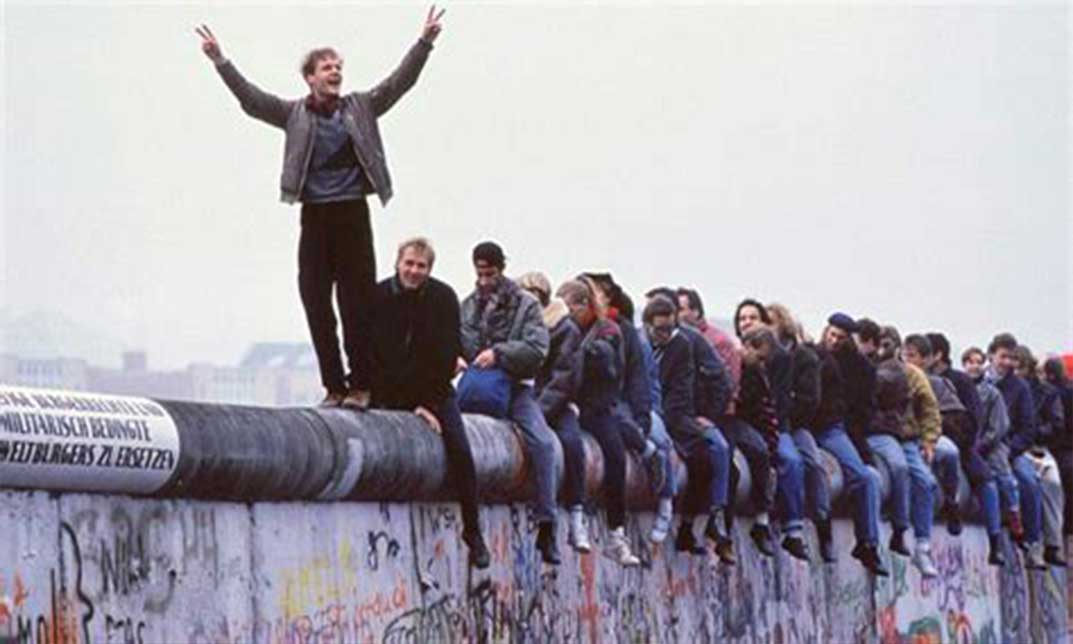 On Veteran’s Day during the 30th anniversary of the Fall of the Berlin Wall (generally regarded as beginning on 11-9-89), we write with thankfulness and offer some historical perspective.

Michael Novak talks about memories of the Fall of the Wall in video above. He played an important role in the Fall and was one of the few who saw it coming.

Intellectuals seem to agree that the second half of the 20th century in the West can be seen as a response to war and devastation that occurred in Europe and in the Pacific during World Wars I and II between 1914 and 1945.

In this Circling post we note five anniversaries that offer insight today, as we head into 2020, an important American presidential election year.

(There’s no generally-accepted length of time to determine a generation or starting and stopping dates for the specific generations listed above. Apparently, the practice of naming generations became de rigueur after WW II, and, of course, if your generation doesn’t have a name going forward, you’re worthless and weak. Well, so far, so good for all living today.)

Praxis Circle is dedicated to worldview, so the dates we’ve picked to highlight here are all critical to worldview “conversation” today:

In the last year, many Boomers traveled to Normandy to honor D-Day’s 75th anniversary, paying their respects to the Greatest Generation; in addition to our reverence for preceding generations, most Boomers would agree on one thing: We were wholly shocked when the Berlin Wall suddenly fell thirty years ago, the mighty Soviet Union eventually coming apart over the next two years.

And we thought we were pretty old then, being in our thirties or forties, and that was 30 years ago! (Indeed, it was somehow more shocking than in 1980 when the US beat the USSR in Olympic ice hockey.)

The first primary point of this post is to note the importance of James Burnham’s Suicide of the West (again, 1964) and how relevant it remains today to all that’s politically controversial in America and the West, regardless of where you stand on our many controversies.

Burnham wrote the book because he saw Western civilization under attack from every angle after World War II: from the outside via global Communism and the inside via leftward liberalism, the latter then aimed at preventing murderous totalitarianism in the future.

Each case and all sides involved real threats and worthy goals.

Burnham (1905 – 1987) was a neoconservative, and a founder of the National Review. He was a “Trotskyite” and Communist who changed his mind to favor capitalism after World War II, recognizing that planned economies don’t produce and sustain freedom and prosperity. He was a gifted polemic, as are many well-trained in Marxism.

The second point of this post to note is that James Burnham was quite wrong, and his fears were misplaced in the short term: The West didn’t commit suicide over the next 25 years following the publication of his book; on the contrary, it triumphed with the Fall of the Berlin Wall.

But Suicide of the West remains extremely relevant today, perhaps more so than ever for reasons we’ll explain in later posts.

In the meantime, please read the quote from Burnham’s book below.

Do you agree or disagree, or have a more nuanced first impression? What are the theoretical and practical strengths and weaknesses of your view? What does your opinion say about your worldview?

We’ll offer perspective as time goes on that you might find interesting.

To downgrade Liberty means to dilute the idea of the sovereignty of the nation and of the uniqueness and superiority of the civilization, and to reduce the importance that we attach to these in the scheme of public values. In terms of attitude, it means, concretely, that patriotism plus Christian faith are to one and another extent replaced by internationalism: not just an “international outlook” that views world affairs in global terms, with due realization that under modern circumstances there is a multiplicity of interests besides those of our own nation and culture that must be taken into account, but an active internationalism in feeling as well as thought, for which “fellow citizens” tend to merge into “humanity,” sovereignty is judged an outmoded conception, my religion or no-religion appears as a parochial variant of the ”universal ideas common to mankind,” and “the survival of mankind” becomes more crucial than the survival of my country and my civilization.

Finally, take a look at the trailer (2:09) for Saving Private Ryan (1998) appearing at the very bottom below. It respectfully employs some real film along with acting.

A moment of silence or prayer is in order sometime this week for the men and women who are serving or have served in our military. Many gave their lives for America and the West.

Why would they do that? Was that a good idea?

Why and under what circumstances might it be so again?

We must develop our own answers to these questions.

We’re not overdramatizing here: The survival of the West as we know it will certainly be at stake over the next 105 years.