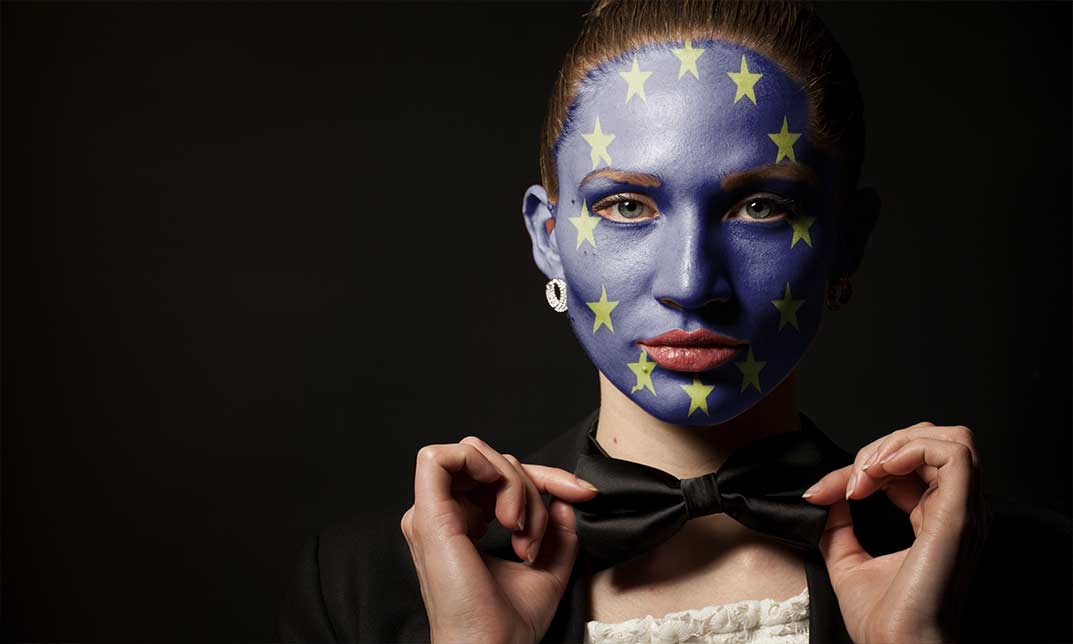 Our post today features one of the most popular Catholic mystics in America, Richard Rohr, and his new book, The Universal Christ: How a Forgotten Reality Can Change Everything We See, Hope For, and Believe (2019). Rohr is a Franciscan priest operating out of the Center for Action and Contemplation in Albuquerque, NM, USA, and has been an extremely popular author and lecturer for many years, focusing on what he refers to as alternative Franciscan orthodoxy.

Richard Rohr is an honest and dedicated Christian. (He favors Pope Francis, who is a Jesuit. There have been five Franciscan popes.) As such, he is usually candid about what he believes and where he is in life.

The Universal Christ is a summary of his worldview. Rohr explains that at age 76 cancer is now seriously challenging his life, and he suggests that this new book is a summary of much of his extensive writing. It’s a heart-felt rendering with many beautiful passages delivering a serious critique of mainstream Christianity, for lack of a better term.

Unfortunately, it’s not an easy read due to a tendency to issue attacks that become personal, and it will no doubt offend many.

Two Christian Praxis Circle Contributors with interests in Eastern religions brought the book to our attention, and we very much appreciate it! (It was on our radar screen, and immediately went to the top of the book pile.)

We comment here not so much to offer a book review or summary, but, in mentioning a few of Rohr’s worldview points, to demonstrate over the course of this week how significantly worldviews can differ within the same religion. In fact, an atheist and a believer in god can easily have more similar worldviews (worldview defined quickly here as how one thinks about life’s biggest questions) than two people technically of the same religion.

All of this relates squarely to the issues we raised in recent posts about whether you consider yourself a systems-person or a people-person or whether you emphasize collectivist or individualist thinking. We even raised the question of just how we are all the world. Of course, how you think about social and political issues within these contexts may or may not have anything to do with what you believe about God or the supernatural.

Having said that, we believe most try to align their thinking across the board from the theoretical big picture to the practical particular. We believe it’s a minority who want to hold completely contradictory views with equal faith, but we also believe that even within that category, some believe in Truth and some do not. (We also believe it’s perhaps impossible for anyone to avoid situational contradictions, but we digress.)

As you can see, the worldview subject does get complicated very quickly!!

In any case, we must point out that Christianity is a vast religion worldwide with just about every variation imaginable; indeed, some Christians don’t believe in God or the Resurrection. (It’s an interesting question whether either is necessary to call oneself a Christian. Of course, we can call ourselves anything we want today, and, within some circles, others are obligated to indulge our fantasies.)

Those who’ve tried have counted over 30,000 Christianities in six basic categories, Roman Catholic and Protestant being two.

In The Universal Christ, Richard Rohr makes quite clear his worldview is panentheistic, rather than theistic (as are perhaps most Christians worldwide, particularly in the West).

In Appendix I beginning on page 238 he states he has concluded there are four basic worldviews: the material worldview (he doesn’t use the word atheist), spiritual worldview (e.g., Platonic, Gnostic, New Age), the priestly worldview (involving almost all of organized religion where an elite, trained group tries to bring the material and spiritual worlds together for the rest), and the incarnational worldview (Rohr’s worldview), where matter and spirit have never been seen as separate or distinct. In this worldview, the code word for all known and unknown existence is Christ.

. . . Paul merely took incarnationalism to its universal and logical conclusions. We see that in his bold exclamation “There is only Christ. He is everything and he is in everything” (Colossians 3:11). If I were to write that today, people would call me a pantheist (the universe is God), whereas I am really a panentheist (God lies within all things, but also transcends them), exactly like both Jesus and Paul.

In other words, all things and consciousness in this world or anywhere, anyhow is God and Christ.

We should offer here definitions of the three worldviews Rohr mentions:

Theism: There is more than the world – there is also an infinite God who created it. Furthermore, there is a radical distinction between creation and creator. Judaism, Islam, and Christianity are theistic.

Panentheism: Not all is God but all-in-God. (PC comment: Panentheism is very different from Pantheism. Suffice it to say here that it goes by other names, such as process theology, since it views God as a changing being, bipolar or dipolar theism, since it believes God has two poles, primordial and consequent, and organism, since it views all that actually is as a giant organism, and neoclassical theism, because it believes that God is finite and temporal, in contrast to classical theism.)

(All definitions above paraphrased from Worlds Apart: A Handbook on World Views(2003), Geisler and Watkins.)

In fun, we note that Rohr as a veteran “Western Christian warrior” must have given in to Western convention by admitting what worldview he holds: We Westerners are so darn reason-oriented and tend to want to label everything.

And we here at PC are showing our distinct Western tendencies in making this point!

To Easterners, this might even be a form of theological pornography, but to us, it’s like making a choice, given 50 Shades of Theological Gray, between the devil and angel, with nobody else in the bedroom looking.

(And we aren’t sure whether we’re selecting the devil’s or angel’s argument, but there you have it.)

In sum, Rohr makes many beautiful statements in The Universal Christ, makes many excellent points contributing to New Christian thinking today, and offers a number of excellent criticisms of conventional Western Christianity:

As long as you operate inside a scarcity model, there will never be enough God or grace to go around. Jesus came to undo our notions of scarcity and tip us over into a worldview of absolute abundance – or what we would call the “Kingdom of God.” The Gospel reveals a divine world of infinity, a world of enough and more than enough. Our word for this underserved abundance is grace . . . It is a major mental and heart conversation to move from a scarcity model to an abundance model. (The Universal Christ, pages 184 and 185)

Many of his observations are not in the slightest proprietary to his worldview, however, and he fails to recognize many facts on the ground. One that’s quite glaring now is the prosperity the West has achieved since 1800 at all levels of society spreading rapidly around the globe, astounding in its accomplishments and unparalleled in history, that Rohr himself has enjoyed every day of his life.

Throughout The Universal Christ, Rohr stresses a collectivist dedication to equality clearly influenced by what has become known as “identity politics,” bordering on cultural Marxism, but without offering many practical applications or suggesting why and how his worldview creates different results or works better than others.

We can only assume this was not his purpose, that he ran out of pages, or that he regarded applied solutions as self-evident. (Marx did much the same with respect to Communism.) He also shows a tendency to interpret text literally when it suits his worldview, while implying criticism of others who have a different Christian worldview when they do the same.

Without trying to hide anything, Rohr expresses true disdain for the West and pretty much all that the West has created or influenced, and he appears at times to border on raging against Being itself:

The Christ is always way too much for us, larger than any one era, culture, empire, or religion. Its radical inclusivity is a threat to any power structure and any form or arrogant thinking. Jesus by himself has usually been limited by the evolution of human consciousness in these first two thousand years, and held captive by culture, by nationalism, and by Christianity’s own cultural captivity to a white, bourgeois, and Eurocentric worldview. Up to now, we have not been carrying history too well, because “there stood among us one we did not recognize,” “one who came after me, because he existed before me” (John 1:26, 30). He came in mid-tone skin, from the underclass, a male body with a female soul, from an often hated religion, and living on the very cusp between East and West. No one owns him and no one ever will. (The Universal Christ, page 35)

I don’t know about you, but we at PC have never been confused about Jesus not being a white man and or about Jesus being from Galilee (now Israel) located between East and West.

Rohr’s Scriptural selections always support his own narrowly-read view (a disease theologians often exhibit), and he rarely offers other interpretations or quotes suggesting a different or broader view. He doesn’t recognize other ways of looking at Scripture that might present a more fully-considered or balanced case.

(After all, Jesus was a Jew and many theologians think a rather classical one, though with a few important extras or variations on themes, to say the least. 🙂 )

Moreover, a man professing love and charity for all everywhere often indicates extreme dislike, to put it mildly, for those who, having also invested much into research, thought, and life experience concerning these worldview issues, might not agree.

His observations often wander into incoherence (God-Christ is in all, except where insufficient to have his worldview. We’re left with a super-smart God like him feeling sorry for and having to forgive, yet again, far lesser gods like us.)

Sadly, when such rantings get personal, they always ring strongly of hypocrisy.

In our opinion, holding contradictory positions at the same time is ok . . . and maybe even impossible to avoid in Worldview Land.

But being simultaneously a good guy and a pill is quite impossible, even for a God-man with beautiful life-experience.