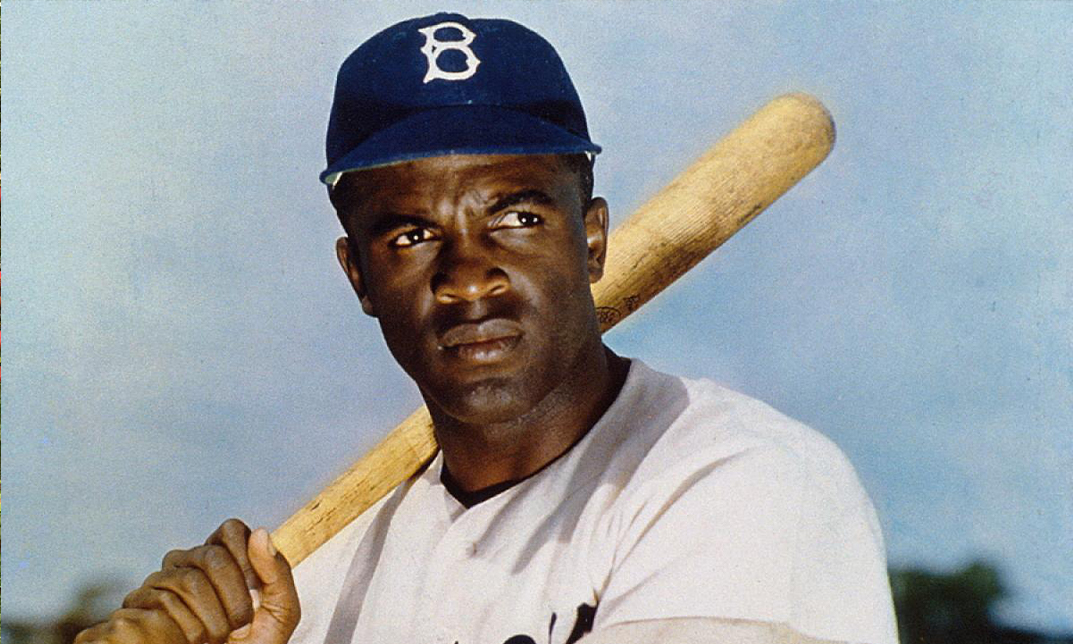 I am finishing my tribute to my college history professor, Dr. Samuel Baron on 4th of July Eve. My hope and belief is that this would please him if he were still alive (1921 – 2017). As the son of first-generation immigrants from Russia and Poland, he grew up in Brooklyn during some of New York City’s grandest days. He told me he was a big Brooklyn Dodger fan, and he served in the Air Force and Army during World War II. Come to think of it, the Brooklyn Dodgers fit Dr. Baron to a T.

This great baseball team came of modern age with New York City during the height of its last massive wave of immigration from Europe; they were named early on the Brooklyn Trolley Dodgers in honor of the need to fend for one’s life when crossing the street; they were the first Major League Baseball team to integrate; and they furthered fun class warfare whenever they beat the pinstripe New York Yankees, like in 1955. That was the one and only year they won the World Series for Brooklyn, beating the Yankees. (It was also the year I was born.) For Dr. Baron, in 1957, when the “Dem Bums” moved to Los Angeles, Brooklyn became Mudville for a day.

The Dodgers’ parallels with Dr. Baron’s life are fascinating. As mentioned, his parents were part of the huge immigration wave to New York, and he grew up in Brooklyn; he became street smart along with the other Trolley dodgers, fought for his country, and dodged a Red-Baited rap that tried to pin him as a Communist; he was always an advocate for the underdog, the oppressed, and the little guy, and he fought discrimination as best he could; finally, he moved West with the Dodgers to teach at the University of California San Diego just as the LA Dodgers began winning more World Series! Afterwards, I was fortunate that he would spend his last 22 years as a professor at the University of North Carolina at Chapel Hill. Those were wonderful years.

For this last of five A Journey posts featuring Dr. Baron, I selected a picture of Jackie Robinson because I thought Dr. Baron would like that, too. Jackie Robinson was the spirit of the Brooklyn Dodgers, and, from what I can tell, Dr. Baron carried that winning spirit and hustle with him all his days.

There isn’t a whole lot more that I can say. After I graduated from UNC in 1978, Dr. Baron said it well himself in an essay he wrote about doing graduate work and becoming a biographer, My Life with G.V. Plekhanov (1985).

In the clip featured at top, Dr. Baron recalls a time when he believes Americans could differ and yet go out and have drinks and find mutual positions of compromise. While he and I probably only voted (or would have voted) for the same political candidate twice, I believe he is right.

(In 1984 I voted for Former NC Governor Jim Hunt over Jesse Helms for Senate because Helms had gratuitously accused Dr. ML King of being a socialist. I don’t like virtue signaling about irrelevant history. Dr. King had been dead for 16 years. MLK’s vague economic views were irrelevant then; he was a minister and civil rights activist, not a businessman or economist. By the way, Senator Helms won rather easily. In 1990 I also voted for Doug Wilder to be Governor of Virginia because, in my opinion, he was as good as the other candidate, whom I also liked a lot. Governor Wilder became the first African-American governor in the U.S. As a final aside, these were the only two times I recall being a single issue voter.)

In our much older ages, we still had extremely different worldviews. In fact, while adjusting for the times, neither of us had budged much at all.

Still, I truly believe Dr. Baron and I would have been able to sit down and compromise on vital matters for the good of the country. In the video at top, this is what he says America lacks today. Seriously, I bet we could have even balanced the federal budget on some basis by reforming the Welfare State and increasing taxes. If so, that would have been because we loved the country, understood its purpose and mission, and would have acted, therefore, in its best interests.

As a nation, we must find a way to get there again. We have many available Win-Win’s. This would be Dr. Baron’s hope for America today.

However, the darkness that Dr. Baron described in the video below is now upon us in full force. He was right. We were the Free Republican Democracy that was the light of the world during our time at the university together, and now we have fallen in just weeks.

We can get it back, but it will take a while; that’s clear.

Before ending, I’d like to list the first four tributes to Dr. Baron in their order. These posts have set A Journey on its course. I cannot thank him enough for having had the faith to do the first interview that got Praxis Circle rolling. I hope these posts do him justice.

Who’s Zoomin’ Who? Part I of II

We with different worldviews need to be kind to each other and get along, respect each other, obey the law, and do the right thing, as best we can.

Finally, a few years ago, we also put together this full video tribute (26:27) . It compiles his Dr. Baron’s Full Interview into one stream. If you want some special tips about how to live to age 96, skip ahead in the video to 22:13. He reveals all of his secrets, and the video ends with some extra-fun material.

OK Q , while there’s still time, Lay down your weapons.

“For every Southern boy fourteen years old, not once but whenever he wants it, there is the instant when it’s still not yet two o’clock on that July afternoon in 1863, the brigades are in position behind the rail fence, the guns are laid and ready in the woods and the furled flags are already loosened to break out and Pickett himself with his long oiled ringlets and his hat in one hand probably and his sword in the other looking up the hill waiting for Longstreet to give the word and it’s all in the balance . . .”

Intruder in the Dust (1948) by William Faulkner