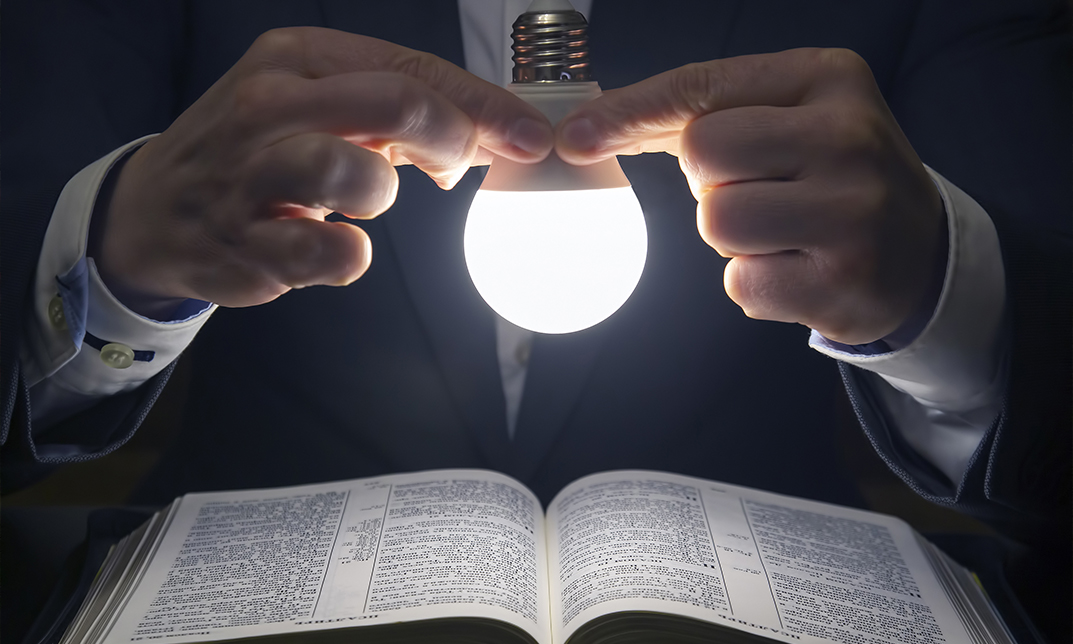 Our Story presents Contributor testimonies that describe important people, events, or stories that shaped a worldview. Each adult’s worldview tends to be as unique as his or her fingerprint. Usually, we’re born into a worldview determined by our parents, social group, or culture. As we grow up and mature, those we meet outside our family and the events we experience have significant influence.

Worldview development or change can occur instantly, given radical influence, or it can happen over many years. Our personal worldview journey can take us from one place to the next nearby or to one far, far away. Some even return to where they began; others make dramatic conversions at the end of their lives. To last, worldviews must convince in sufficient numbers with thoughtful and workable schemes that meet desired goals.

We begin building knowledge in the womb before birth, but it takes years for our consciousness to mature, when worldview options become apparent. Coming-of-age generally means freely and consciously making transitions from knowledge to belief. Changing worldview often requires gaining significant and concentrated knowledge.

Of the 25 Praxis Circle Contributors we have interviewed so far, ten have experienced radical changes in worldview in their adult lives. In considering whom to interview, we often look for interesting life stories from those willing to discuss their worldview and how it changed. Changing one’s worldview is often difficult and costly, but it can also be rewarding.

Today, many life counselors stress being authentic and true to yourself, while others stress being true to the truth. Both can be rugged roads, and, depending on worldview, it’s certainly optimal when they’re managed to coincide.

We’ve also tried to interview a group of Contributors who represent each of the major worldviews in America, as well as a group demonstrating fundamental changes in every basic direction. Again, as examples – left to right, right to left, atheist to theist, theist to atheist, and Western to Eastern, etc.

So far, Our Story has featured Os Guinness, who experienced firsthand the dangerous events of the Chinese Revolution with his missionary parents prior to age ten; Ladelle McWhorter, whose family experienced threats from the KKK in Birmingham, AL, and who herself experienced the challenges of lesbian sexuality presented by her strict Christian parents; and, last time, John Miller, whose father spent his last 35 years at home in an iron lung.

In the first and third cases, life experiences strengthened Christian worldviews. In the middle case, the worldview changed from Christian to postmodern. Our Story today involves a movement from a fundamentalist Christian perspective to an agnostic, atheistic, materialist worldview.

Wondering how one can be agnostic and atheist at the same time? Stay tuned. Dr. Bart Ehrman’s story is fascinating.

We have been students of Bart Ehrman ever since he gained notoriety in the 1990’s as a leading scholar of Biblical studies at the University of North Carolina at Chapel Hill. We have read many of his books and listened to each of his many Great Courses lectures, including the ones on the historical Jesus and how Jesus became God. Dr. Ehrman has won many teaching and scholarly awards, and he was a terrific host for our interview on a beautiful day last April at the National Humanities Center in Durham, NC. He was on sabbatical working on his next book.

In the playlist above (7:35 total time), we feature just three videos where Dr. Ehrman explains his worldview and how it changed radically, though gradually, after he received his Ph.D. from Princeton Theological Seminary, while teaching at Rutgers University. We highly recommend his entire interview, which appears on his Personal Page linked above.

We do not want to comment much here on what he says because no one can say it better than he. We would only like to note that the issue he mentions that changed his mind is one of the most difficult we face in the West, where society is founded on the idea that God is all-powerful and all-good, and that the world God created is good. Of course, the issue is “Why, then, is there so much pain and suffering and even evil in the world?”

Each of Dr. Ehrman’s three videos are entitled with a question:

(You can move forward within the playlist as you like by clicking ahead on the timeline.)

No doubt, some Christians have issues with Dr. Ehrman’s skepticism toward the Bible and the New Testament; we believe he tries to tell it like he sees it and strives to follow the evidence wherever it leads. Dr. Ehrman began his religious journey as a devoted Christian and then left Christianity because of the Bible’s concept of God. Again, where Dr. Guinness’ and Dr. Miller’s life journeys led them closer to their Christian beliefs, Dr. Ehrman’s led him away. Medical doctor and Praxis Circle Contributor Eben Alexander’s life experience led him in the exact opposite direction as Dr. Ehrman, from materialist to spiritualist.

Our human lives do seem to fall like mustard seeds, though each of us has responsibility for where we ultimately rest. This view itself is an expression of worldview, and none of us are free from bias.

Most of the controversies Dr. Ehrman addresses have existed since Jesus’ death, and they will continue to exist as long as Christianity remains a popular religion. Christianity is the largest religion in the world today by a significant margin, and it’s growing quickly still, even in its mature stage. From our standpoint, how Jesus became God is not surprising; it’s how one would expect it to have happened. Christians have argued over Jesus’ status since the crucifixion, and they will continue to do so. Moreover, the growth of Christianity is no less a miracle than the some of the fabulous events it’s centered on.

While one does have to know much to negotiate the issues Dr. Ehrman raises, it’s our opinion, anyway, that these issues are not new or threatening. Again, he primarily seeks to teach the material as best he can while being true to himself and the subject matter, as he sees it. There are countless volumes written over hundreds of years around each of these issues. That is the first point to understand, perhaps, when considering Biblical studies.

Dr. Ehrman is clear near the end of our interview and in many other places open to the public that he remains strongly influenced by the Bible’s and Jesus’ teachings, and that he wishes more would take these ethical teachings to heart and act on them without hypocrisy.

Finally, we’ll bet you didn’t realize one could be a full-fledged agnostic and an atheist at the same time. Please see the last clip in the playlist above to get Dr. Ehrman’s explanation of how this is possible. We suspect that only a man totally ensconced in a career of Biblical study – one that allows him to read from the original sources themselves in ancient Greek and Hebrew – could gain such insights about theism, atheism, and agnosticism.

What Dr. Ehrman shows is how thoughtful he is about worldview and his own worldview, and how important it is to consider the definitions of words when putting together your own worldview puzzle. Definitions and language are critical to understanding properly the words of others, history itself, and where agreement is possible.

While we know Dr. Ehrman’s personal beliefs well enough to know we don’t agree on everything by any means, we will be coming back to his work many times in the future. If you are going to have a solid foundation for your own worldview, whatever it is but especially a Christian worldview, you are going to have to be able to respond well to all of the major issues he raises. Dr. Ehrman occupies significant space in the global world of ideas that Americans share today with others.

To be present and accounted for in this space is not for the unprepared or the faint-of-heart.

We would like to encourage all to try to understand basic issues from other people’s points of view like how miracles might be possible, how humans might be able to believe in a spiritual world only or material world only, how one can be agnostic as well as atheist, how a teacher of truth about the Bible might also be a postmodernist, or how one might be a good globalist, as well as a good American. The facts are that reasonable people hold different beliefs in all of these ways.

We are extremely grateful to Dr. Ehrman for the interview and his hospitality, and we look forward to reading the book he was working on last April, just released, Heaven and Hell: A History of the Afterlife.

Most certainly, the older we get, the more interested we become.