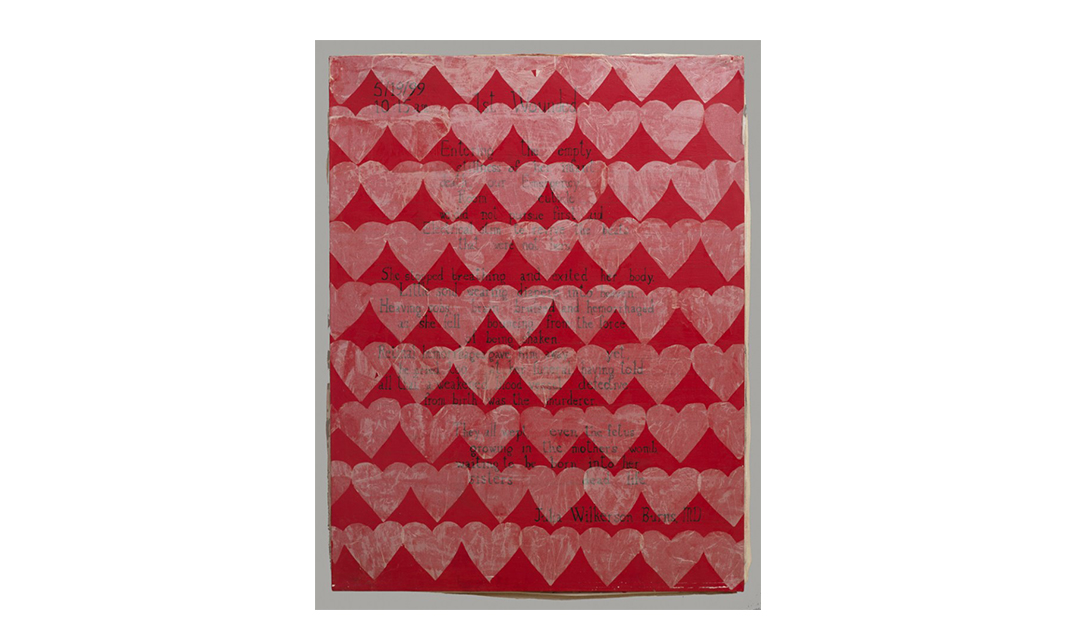 With pleasure we present again Dr. Julia Burns, this time to introduce her book, just published and best-selling, Songs for the Forgotten: A Psychiatrist’s Record (260 pages). Julia is a Praxis Circle Member Contributor and a dedicated medical doctor and scientist. She worked as an adult, child, and adolescent psychiatrist healing trauma for over thirty years.

Julia lives in Chapel Hill, North Carolina and was married to Alex Burns, an investment advisor, for 39 years until his recent death. (All names other than Julia’s and some places mentioned here are fictional to protect professional medical confidentiality.) She has three adult children and is a dedicated Christian. Songs for the Forgotten was in the works when we interviewed her two years ago.

Julia introduces the book’s subject matter in the video clip at top, and her Personal Page and Full Interview appear on our website via the link above. Here is Julia’s own website, and here a link to an interview about Songs with Durham Magazine.

Songs for the Forgotten is a quick, fascinating read about an extraordinarily difficult subject: not just child abuse, but child sexual abuse. It’s part memoir, part poetry, and part case study of Julia’s professional life as a psychiatrist.

We are treated to the story of her Mayberry R.F.D.-like family and church-centered upbringing in rural Eastern North Carolina, followed by college years at the University of North Carolina in Chapel Hill, and then her adventures in New York City, where she met Alex. Their married lives followed Julia’s graduate education to become a doctor and then a psychiatrist back in North Carolina and Virginia. Together they had three children, and her love for them stood in constant contrast to the horrors she experienced at work. Any of you who enjoy memoirs or autobiography will enjoy Songs on that basis alone. Julia has led one interesting life!

Eventually, Alex’s career in finance led them north again to New Hampshire, where Julia became Medical Director of a 300-child welfare agency, White Pines. It was her heart-wrenching professional encounters there with the sexual abuse of children that moved her to begin writing Songs for the Forgotten. She needed to tell these stories to the public because no one else would.

Julia believes her profession tends to downplay child sexual abuse and hide it from the public, while treating surface day-to-day problems rather than root causes and cures. Very often, the public itself refuses to give such crime the attention it deserves. In response, Julia has dedicated her heart & soul over the last 25 years in an effort to recognize these children, stand up for them, and spread awareness of what might be a social epidemic.

We should note here that this post is the second in a four-part series about men and manhood, the post that squarely addresses the dark side of men and humanity. How?

In general, it’s well-known that in America men are the source of approximately 90% of violent crime (see the range indicated for murder, rape, and robbery). Both men and women are perpetrators of child abuse (women committing almost half of the physical abuse, in contrast to sexual abuse), from which both young boys and girls suffer. But it’s men who commit the lion’s share of the sexual crimes against children, with girls being more frequently abused than boys.

Most child molesting occurs in single parent homes where the abused child has regular contact with the abuser. Physical and sexual abuse also tend to pass from generation to generation where models of good parenting or two-parent families do not exist. Moreover, child abuse occurs in every strata or class of society, regardless of income.

It’s difficult to contemplate anything more horrendous than stealing childhood innocence from a little girl or boy. Julia often reminds her audiences that the constant emphasis on sex everywhere in media and entertainment today is a problem of immense proportions for society and our children. It’s unconscionable. It must stop, but the road is difficult because national mores have changed since the 1960’s; there’s so much money involved.

There are even strong political elements in Third Wave Feminism and Cultural Marxism that do not recognize pornography as a crime and see nothing whatsoever wrong with child pornography. Of course, some even advocate children have sexual and gender rights at every step before maturity.

Perhaps this is an argument for more “patriarchy” and parental opposition from the middle of America’s vast bell curve, which supports traditional morality? Local family prevention is the only way outside government intervention. Today, children from inside the womb through their lives as minors have few representing and defending them.

It is a disgrace. What kind of country would allow such levels of sexual promiscuity, pornography, and abuse to take over its culture, ruin families, and infect private lives? American law and order seems to have broken down off an already shaky base. Crime in general has spiked, and calls to defund police are not going to stop under a Biden Administration.

Our own post-title introducing Julia’s book, Song of Songs, came to mind because the poetry that she sprinkles throughout Songs often reads like passages from the Old Testament, particularly Psalms. She’s a gifted writer, poet, musician, and artist. Music and art are central to her story.

Just as some read the Song of Solomon as a metaphor for God’s relationship with Israel or Christ’s relationship with the Church, and just as Psalms sing to God’s glory,  Songs for the Forgotten is Julia’s superlative expression of love for her own children and her patient-children. As a brief example, here are the first two stanzas of a five-stanza poem about the frustrations and joys of her own three children’s twenty-four soccer games and twenty-four practices in just eight weeks!

The Lord is my rock. So then rock me, Lord.

Like a baby, I come to you filled with doubts,

fears, and confusion about life, love,

and what encircles a joyful world,

And you greet me always with

Sun rising yet again to renew us,

clarify your vision of how our world should rotate

As a natural counselor and healer, Julia wants the best for everyone. She knows those blessed with a healthy upbringing must offer their time, attention, love, and resources if abused children are to have any chance at all. We highlight several excerpts from Songs below:

If the extent of the invisible problem of childhood trauma is hard for you to believe, then you may have had a rare and safe childhood. Unfortunately, many have not. Perhaps you are one of these: one whose song will be sung in this book. It is my patient’s stories that I want to share with both of you – the ones who might take a nurturing home for granted, and the ones who can’t imagine what one looks like. (page xvi)

And Songs is an expression of Julia’s continuing love for God. Yet, both her children and God tested her well beyond human limits:

It was in the shadow of this darkness that I cried out for things to be different. How could God create a world where babies were murdered by parents, and no one was held responsible? . . . murder – especially murder of an infant by a parent, was beyond belief. (page 79)

Each of her sexually abused children suffered from severe PTSD (Post Traumatic Stress Disorder) as likely did their abusers, and Julia herself describes how she developed Secondary PTSD as White Pines’ Medical Director from years of constant exposure to their experiences. “The depravity of the patient’s stories was so intense that speaking these atrocities out loud was impossible. I was a prisoner in my own life.” (page 161)

In fact, Julia is completely honest in describing how she lost touch with reality for a significant time, and it was only God’s mysterious grace through an intense dream and period of writing and creativity, along with support from her family, that brought her through:

Certainly, I was experiencing the dreamy depths as I sought to balance out the years of listening. I was connecting to God as he whispered in my ear, giving way to the musical sway. . . When I irreversibly surrendered, I was reborn. And although it would be years before grace abounded in my life, this creativity was a precursor to my heart opening and healing. (page 185)

Here’s another link to her website where Julia shares some of her art work. The painting pictured here with shaded white hearts is taken from the Black & White & Red All Over series that represents the cycles of abuse her children encountered. Songs for the Forgotten uses the names (again, fictional) of her abused children-patients as chapter titles, when she briefly but carefully describes each selected case. In the video clip below, Julia provides a verbal account of Sandra, whose story appears in the heart of the book.

What Julia wants perhaps more than anything is the truth, the truth to be known about God, her life, and the lives of her little patients. In her search she offers a beautifully simple definition of truth:

If no one else sees these things, hears these stories, are they true? Because what is truth but a collective experience, an emergence of theory in accordance with fact or reality?

Truth is true. When we find it, we should rely on it. Such is our highest joy and horror.

Julia’s definition is one we all need to know, can agree on, and can use to live our lives well. With her book her patient-children’s “fact or reality” becomes known – there is truth beyond individual consciousness.

Ultimately, Julia regained her sanity and peace of mind, though she needed to leave her beloved children and young adults at White Pines:

Surely, God listens, cares, and wants to restore our lives. But we have to help. This fight against trauma and violence demands our awareness and intention, because without our eyes that see, our ears that hear, and our tongues that report and tell, God is without soldiers in this battle. So here we are together, telling, listening, and changing the world as Christ, the consummate listener and storyteller, cheers us on from his seat at the right hand of God, where he intercedes for us and for all victims. Forever. (page 258)

Finally and most important, here is a link Julia has suggested to a non-profit, Dark2Light. The website provides more information about child abuse, and Julia recommends a gift to Dark2Light as a great way to join the fight.

In sum, Songs for the Forgotten has become a best-seller in its space for a reason: No one else could have handled such a difficult subject with more honesty, love, and life-healing care than Dr. Julia Burns. Her story and her children’s stories are compelling.

Julia is a one of a kind wife, Mom, psychiatrist, and Christian. We need to be listening and taking action.