Articles on exploring and building worldviews
Blog

Featured | Orbits | Progressivism/Left | Truth
A Theist and an Atheist Walked Into a Bar . . . 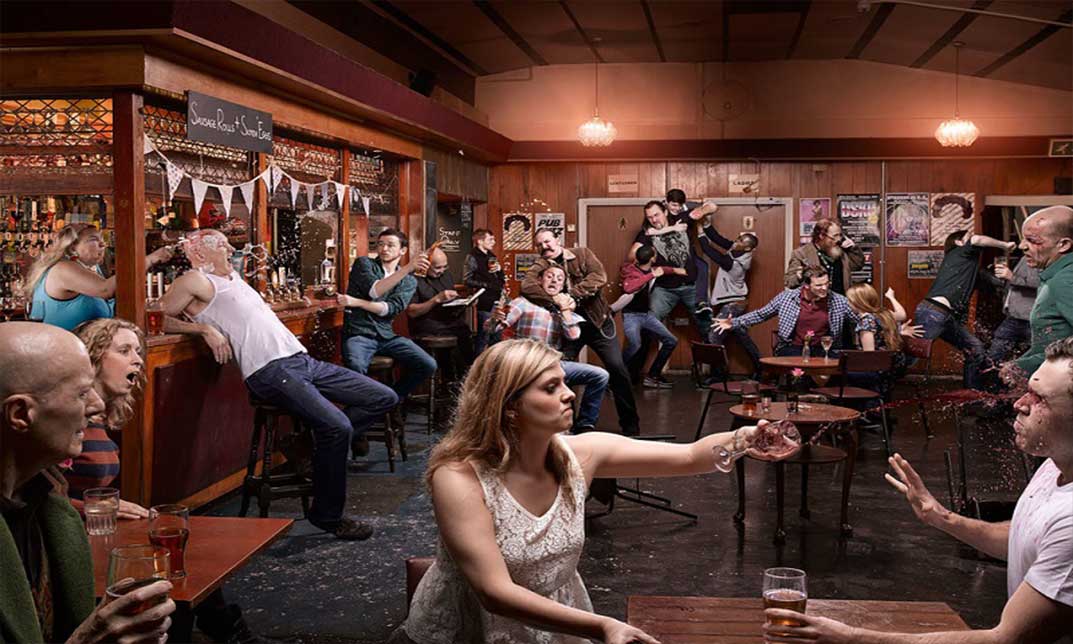 In these days of division, most of us could recite the following in our sleep. American discourse has become polarized and uncivil. We’re silo-ed, and hopelessly partisan. Red vs. blue, conservative vs. liberal, progressive vs. everyone else: no matter where we stand, Americans are more reluctant than ever to engage any points of view besides our own.

These lamentations have not only become staples of the news-and-commentary cycles. They also, unfortunately, smack of truth. No wonder so many wring their hands about the country and its future. But what, if anything, can be done about it?

The backstory to this counter-cultural tale begins with editors at Templeton Press, who still believe in disseminating rather than censoring ideas.

This Press under the extraordinary leadership of editor Susan Arellano has published two of my books. Both examine the largely unexamined fallout to society of secularization and related broad trends — Primal Screams: How the Sexual Revolution Created Identity Politics (2019); and How the West Really Lost God: A New Theory of Secularization (2013).

Templeton Press sent these volumes to Michael Shermer, longstanding atheist, author, editor of Skeptic magazine, and host of The Michael Shermer Show (linked above). At first glance, Shermer might seem just the kind of public intellectual to reject the contrarian analyses put forward in those books. Instead, he read them both, and invited me onto his show for discussion.

As the video shows, what transpired was something unusual these days: a wide-ranging conversation in which two people from opposing perspectives sought sincerely to understand the other’s views. We dug into a wealth of issues including religiosity and its effects on society; the downsides of secularization; identity crises and the increasingly impassioned search for self; the translations of these abstractions into policy, including how to think about abortion; and much more.

Apart from its value as example, this conversation also illuminates just how far standards of public discussion have really fallen in the world after woke took over.

Consider how differently the parameters operated only 15 years ago. In 2006, for example, the New Atheism dominated public conversation and bestseller lists. Spearheaded by Richard Dawkins, Daniel Dennett, Sam Harris, and Christopher Hitchens, this movement also sparked a lively counter-offensive by theists including Michael Novak, Antony Flew, and many more. (My own two cents took the unlikely form of a countercultural novel called The Loser Letters, about a girl in rehab weighing atheism against theism — a tale subsequently turned into a stage-play.)

All of which ferment returns us to an unexpected point. As I said in the opening of our talk on The Michael Shermer Show — and as no one even fifteen years ago would have foreseen — the most dramatic public divide today is no longer between religious believers and unbelievers. It is not even between conservatives and liberals, Republicans or Democrats. It is instead between people of any stripe who believe that empirical reality can be apprehended through the use of reason, logic, and evidence — and people who believe instead that words like “reality,” “logic,” and “evidence” are mere window-dressing for nefarious systems of power and oppression.

Today’s intellectual void, in a word, is between those who believe there is such a thing as truth — and those who do not. A lone book talk with an interlocutor of contradictory mien might seem inconsequential when measured against the fragmentation of the times. But it’s exactly what we, and our country, need more of if we are ever again to practice something that post-modernism scorns – the civilized habit known as agreeing to disagree.

Mary Eberstadt holds the Panula Chair in Christian Culture at the Catholic Information Center in Washington, D.C. and is a Senior Fellow with the Faith and Reason Institute. She is an Expert Contributor and member of the Praxis Circle Advisory Board.