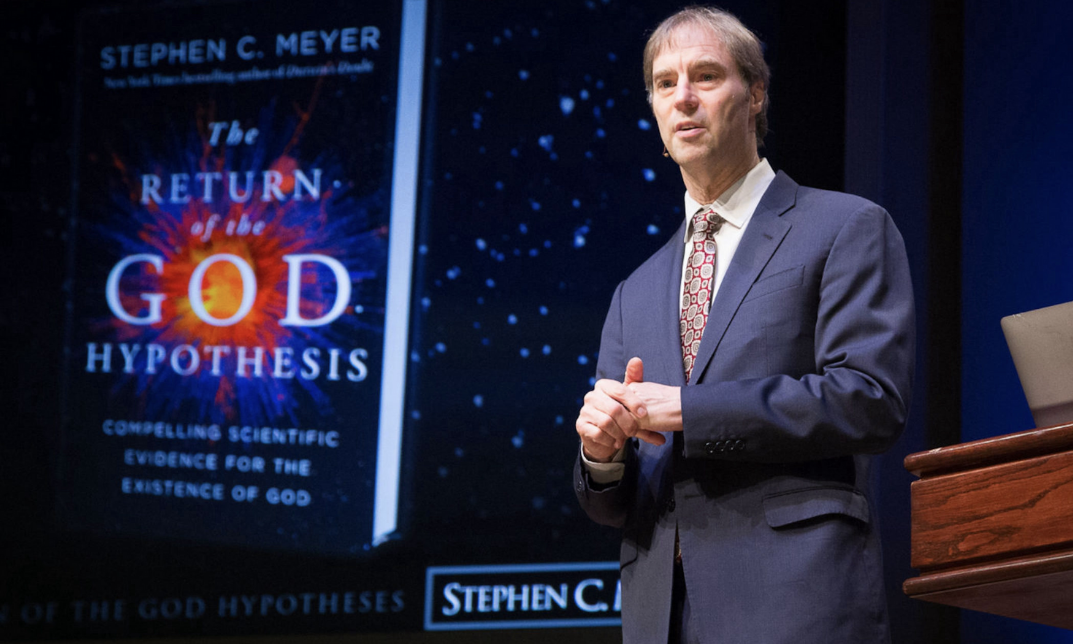 Our Orbits blog features the work of our PC Contributors, and today we highlight a recent article by Hugh Whelchel.

In his article linked above, Praxis Circle Expert Contributor Hugh Whelchel offers an insightful book review of Stephen Meyer’s recently published book, Return of the God Hypothesis. Meyer is a well-known philosopher of science and author of many books that make the argument for intelligent design and scientific evidence of God. It is an important book we have mentioned before. Meyer builds on a case he has made during his career in Return of the God Hypothesis to explain that not only are science and religion compatible with each other, but a personal God, yes, a personal God, could be the ultimate explanation of our physical universe.

“What?” you say. “Science not only compatible with religion, but proving God? Only religious people believe that. Flat Earthers. Superstition!”

If you think this, you’re actually behind the curve of much of science. Do you “follow the science?” Even the so-called War between Science and Religion is a myth. Pure nonsense.

Today, most social scientists and scholars of religion see humanity as spiritual by nature, meaning religious. The secularization thesis is dead. Religion is growing worldwide as never before. There are reasons why famous former agnostics and atheists like Mortimer Adler, Francis Collins, Paul Davies, Antony Flew, C.S. Lewis, and even our own PC Contributor, Eben Alexander, grew gradually (or suddenly) more spiritual/religious over the course of their scientific, philosophic, or worldview careers.

It’s about the evidence – both historical and ongoing personal.

Of course, those like PC Contributor Bart Ehrman can also move into the agnostic category when contemplating such obvious problems as the amount of pain and suffering in the world. And that is not to say that each person doesn’t have extremely different views about what type of God he or she might contemplate based on recognized evidence leading to faith.

In any case, how individuals choose to live their religiosity is another thing altogether, whether inside or outside a group organization like a church. Regardless, the idea in America is that we have a free country in which to believe and worship.

Calling yourself “spiritual but not religious” is a distinction without a difference. What you are really saying is that you think you are perhaps better than others or that you might be afraid of what the person you are talking to might think, if you’re part of a religious group or have definable spiritual beliefs (“dogma”).

You should know: Chances are that person is a closet religious person, as well.

(Religious meaning: believes in the supernatural.)

In the article above, Whelchel states that most of the great scientists over the last 500 years were committed Christians: those like German astronomer Johannes Kepler, the founder of modern biology John Ray, and Sir Isaac Newton—yet the influence their faith had on their scientific study and discovery is all but left out today in most academic conversations. Many like PC Contributor Rodney Stark explain in great detail their position that Christianity created the Western Scientific Revolution as we know it. The reality is that Christian worldview strongly influenced most facets of the West (science included), as Whelchel shared in his interview with us:

But Whelchel doesn’t stop there. In both the article and in his interview, he calls on those of us who are Christians to take responsibility and help change our culture driven mostly by elitists who are rejecting God and replacing Him with an atheistic view of science. Such an approach actually harms science by limiting consideration of all possibilities. But how do we influence our culture? By understanding the times, realizing the effect culture has on people, and then being able to articulate our beliefs into an effective argument:

In other words, Whelchel explains that one way Christians can do this is by giving a thoughtful response to coworkers, neighbors, friends, or family members who question the scientific evidence for a Creator God. He says that Return of the God Hypothesis is a great starting point—a “must-read” resource for those wishing to understand science and to change the culture one conversation at a time. After a careful review of Meyer’s work, it becomes nearly impossible to generate enough skepticism to disregard the evidence of God’s Mind and that Mind’s ongoing work all around us.

In sum, what most of us dislike is not religion but obnoxious, even dangerous people – not theism or atheism either way, and especially not Christianity, which has created today’s culture for better or worse.

Conclusion: We all need to walk humbly and respectfully.

For more on Meyer’s scholarship, see this short video (5:21) or this presentation to Socrates in the City (2013).