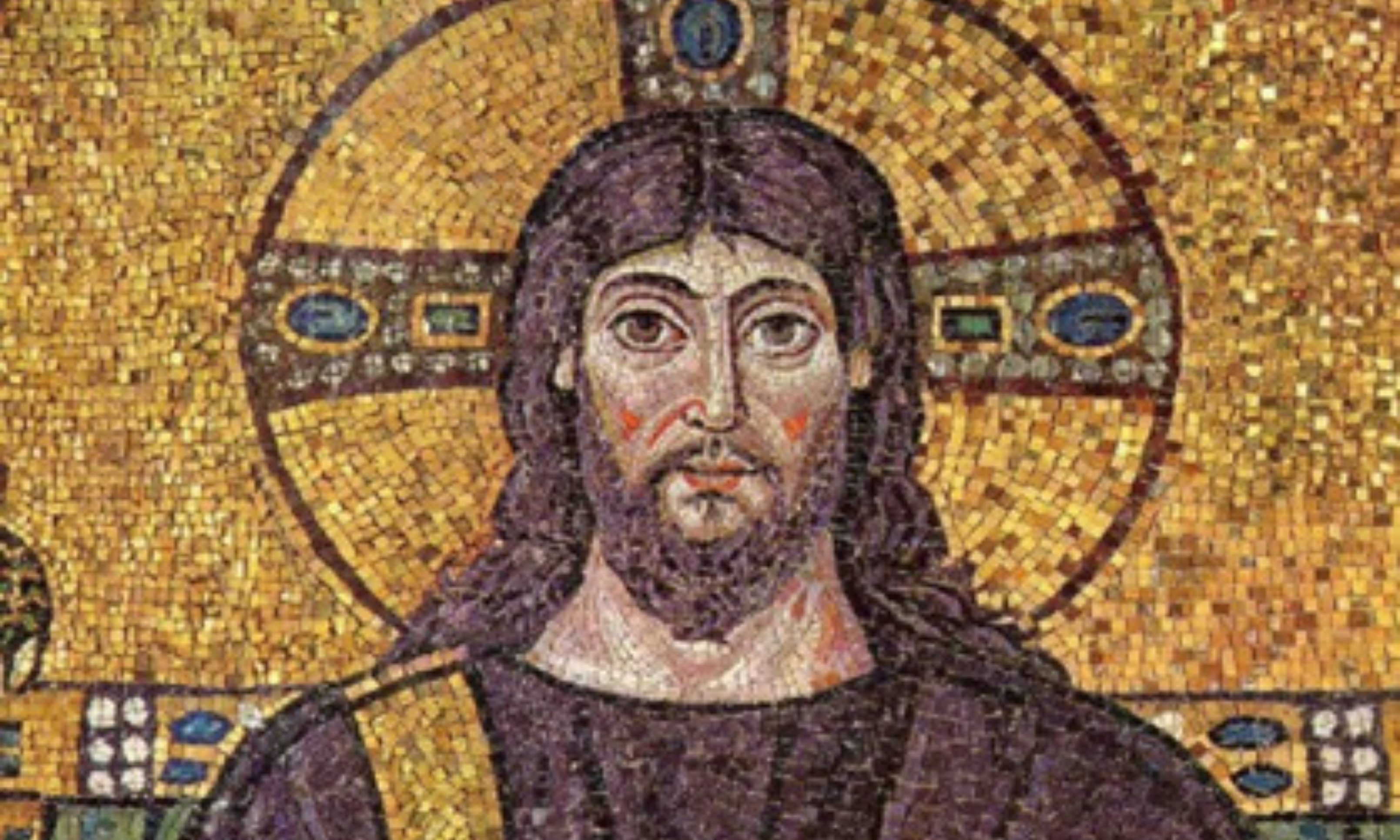 Announcement from Doug and

Saturday, November 13, 2021 at 2:00 PM EST is the time chosen to rename Christian space and time for Christ. We do this to sponsor New Christian Thinking early in the 21st Century in honor of Pope John Paul II’s call to do so in his encyclical, Centesimus Annus, published on May 1, 1991. To say the least, doing this will be an interesting exercise! Though we have been writing about this since the early 1990’s, we have gained inspiration to do so from many of our Praxis Circle Contributors interviewed over the last eight years. There are excellent and timely reasons to do this now that we won’t elaborate much on here.

(And we certainly don’t expect anyone to read this on a beautiful Saturday afternoon. Go team! We will also be doing other fun things outside in creation at 2:00 PM ourselves.)

From this moment forward in the proper context, therefore, what we are saying is we will be referring to space as creation and to time as creastruction. All Christian energy should be devoted to Christ and renewing our existence as children of God, seeking truth in love. Our Creator created creation, and we are God’s creatures. All being and living things are sacred and good to a significant degree, with human beings made most in God’s image.

This is why we need to be extremely thoughtful at all times, with God’s help, in doing good with the good creation for which and for whom we are stewards. This is how we find meaning and purpose; it’s how we express our gratitude.

(Creastruction should not be confused with the economic term “creative destruction,” though the famous economist who invented the phrase probably somehow anticipated this memo. What the heck: At least we didn’t chose a word ending in “ism”!)

In any case, creativity is the key word that leaps out from Genesis and the Gospels; beyond truth and love, it’s the word that best defines the connection between God and human beings. We are called in creation to be as much like God as humanly possible; achieving this defines creastruction. And what we have found is, even though life is always difficult and man sinful, we actually do do better as individuals and in groups when we reach for God’s attributes, virtues, and will.

In other words, creation had its start in space-time (the scientific term), and creastruction is our ongoing human duty to God, as Christians. It is what all Abrahamic faithful do who recognize the Bible as a sacred text, along with others who follow secular faiths based on or derived from Classical Judeo-Christianity (CJC). And we recognize that Jews, Muslims, and many others might justifiably prefer different terminology.

In fact, this is one of the reasons we chose two words that go beyond Jesus Christ’s name. He is Emanuel to us, but by no means to everyone. Most important, we believe he ordained that all must have the freedom to decide for themselves.

Christians have been crying out for new terminology to express their faith since at least the second half of the 20th Century. We could and just might clearly document this for the record in the future. It is not enough to say the Christian worldview involves creation, fall, redemption, and restoration, or that we should divide human time into B.C. (Before Christ) and A.D. (Anno Domini). No, Christ wants 100% of us via our own free will.

Furthermore, Saint Bede the Venerable (672 – 735 A.D. – he named A.D.!) could not have anticipated the extent to which truth would be attacked in an all-out onslaught during and since the Enlightenment, especially since the end of World War I. Over the last ten years, the atheistic Far Left’s internal attack on America and the West has broken out into the open. We see this now in the clear light of day. Now, these efforts arrogantly accelerate virtually everywhere we turn. Yet, Christianity was still in an early survival mode in St. Bede’s time. His circumstances were far more risky than ours today, and we can draw comfort in that.

Emphasizing the positive is far more important than emphasizing the negative today, however. Neither St. Bede nor anyone else could have anticipated the phenomenal gains to humanity that the world would discover in following Christ’s Word in each successive A.D. century. What we are accomplishing as humans together in the world mirrors the miracle of creation itself, “In the beginning,” and maybe that’s the point. The world is being transformed for the good, though, of course, human beings will never shake their essential nature. We are demonstrating that we are quite capable of doing God’s will “on earth as it is in heaven.” Thank you, Christ.

Yes, this is very Good News! Christians need to recognize the successes of their terrific influence on the West and even the world, again, with humility. We should do this whenever we enter the public square with our words, as well as with our actions. Each individual chooses his or her own words and should not force words on others. Political speech is free in America. Cancel culture is anathema. By naming all of our time for God, we only express more clearly how we live our lives, how we see the past, and how we anticipate the future. We owe Christ’s freedom to our enemies, and we should strive to persuade before using force, which is increasingly the practice of our opponents.

Yet, as we have found, if we don’t take a stronger stance, anti-Christians will take over the public square. They aim to do so and are doing it. Every human being brings a worldview into the public square, even and especially those who claim no religion or worldview. Leftists are seeking to force religion out of public discourse, and we are now experiencing how this will bring an end to positive human freedom. Positive freedom is the freedom to do the right thing, not the right to do whatever we want.

Though the Constitution does not claim or even mention any religion (a Christian intent in the main), we know America was founded on a system of rights and duties that offers the Founder’s interpretation of how to offer positive Christian freedom. America’s system is a Christian cultural invention, and America will have no freedom if we lose it.

New terminology would have many benefits that, again, will not be elaborated on further here. However, it’s important that Christians who adopt new terms for time and space (that we will define much more specifically next year) will not be needing old, terribly divisive words like “right, left, conservative, progressive, capitalism, socialism,” just to name a few, anymore. Depending on the audience, we can send those words now to the ash-bin of history. In any case, it is critical to bring Christians and their friends together in the public square in force now and in the future for the good of humanity.

If we don’t, the “Dark Ages” of the future (and we don’t buy that term at all for any of A.D. Western history) will make the Dark Ages of the past look like Happy Days. Trust the Fonz (see link): No fear is necessary. Truth always wins out in the long run.

By now over recorded time humanity worldwide has experimented with every known human social formation, and, as a result, we can see very well today how the Word operates in this world. God’s grace or praxis is a never ending process, and we are His primary architects in creation.

In passing, we offer one recent (11-1-21) technical article (it’s not theological or philosophical) by George Gilder, Life After Capitalism: The Information Theory of Economics, worth a read that offers a glimpse of what we’re talking about. In several paragraphs it alludes to the Biblical narrative that has governed creastruction since Christ broke into time to shape it more.

In particular, it’s high time for Christians (who choose to do so) to ditch that word “capitalism.” It’s creastruction that Christians are doing and building in society, culture, and civilization, and they’ve been doing it and succeeding in spades with all human flaws since the Resurrection.

If you have any better word or supporting ideas, we’d love to hear them.

In fact, we are already aware of several similar ideas. There’s a lot more than words or optics involved here: truly new thinking based on recent and very human experience.

We hope you will join Praxis Circle in New Worldview and Christian Thinking to begin in full next year. Creastruction seeks true glory, and it definitely marches on.

PS – We cannot be dishonest in this column. No way. In full disclosure, we’ve been thinking and writing about renaming space and time for Christ since exactly 1976. Well, renaming space-time is kinda like naming ones first child: You really should try your best to pick a good one.

To get to the point, we noticed a long time ago that democracy derives from the Ancient Greek word democratia (“the power of the people”). We also knew that those wild & crazy Greeks really knew their democracy and its supreme dangers.

As a result, believing that creation was the right name for space for reasons cited above, among many others, we decided just to make up the story about creacratia meaning “the power of creation.” We don’t know that such an Ancient Greek word really exists. Whatever, the power of creation is what human beings have been discovering since we first came into being after God’s singularity. “Creation, it’s got a lotta power,” one famous rock star suggests.

Well, the difference between Christians and our dyed-in-the-wool opponents is that we admit the truth; in contrast, they won’t or don’t recognize its existence. In fact, they wash their hands of truth before every crowd.

Of course, truth is Christ’s starting point for creastruction in creacratia (though now “creation” in English).

So, that’s our story and we’re sticking to it.