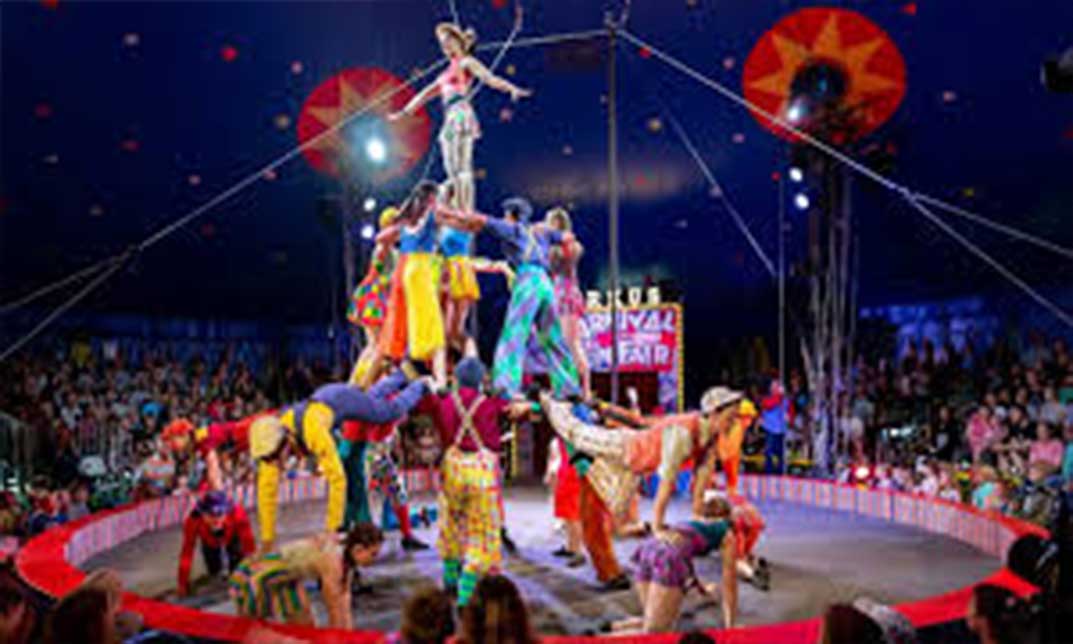 “Bread and Circuses”: After the Roman Republic, that’s how Rome kept the masses happy. Does Circus ring a bell for you given the state of the American politics today?

To many, Identity Politics is the way to salvation; to others, a three-ring traveling show (race, gender, politics) that’s lost its entertainment appeal. IP disputes have snowballed into fights over our national narrative and the roles of police and national defense.

“Whatever” on the specifics, a Cultural Marxism has crept into Western society since the 1980’s that’s certainly influencing our social unrest. As a result, we all need to understand Cultural Marxism and how it contrasts with Christianity. To Marxists, life is all about economics; to Christians, it’s about one’s relationship with God. That’s the basic difference.

What’s different now is the extent to which Cultural Marxism has moved from the halls of the Academy and the studios of the Media, where it was harmless, to Mainstreet, USA, where it’s not. It will be increasingly difficult for these two worldviews to exist in the same “social space.”

PC Members generated all of the information shown below, and we are extremely grateful for their support. It really helps to share excellent worldview information about critical issues we all face.

Christianity is the largest theistic worldview and Marxism the most influential atheist worldview. Everyone who cares about the West’s future must understand their differences.

Five of our recent A Journey posts dealt directly with Marxism and the Russian Revolution of 1917, beginning with this one. The four-and-a-quarter page article linked here by Antony Mueller, entitled Cultural Marxism Is the Main Source of Confusion – and It’s Spreading (October 2018), offers a tight explanation of Cultural Marxism and how it grew out of the Russian Revolution, World War I, and World War II and then spread to America.

Marxism “threatened America” throughout the 20th Century during various historical stages. However, when industrial workers rejected international revolution during WW I and II in favor of nationalism, many felt America had dodged a government takeover of free enterprise. The final nail in Marxism’s coffin appeared to be the collapse of the Soviet Union and its Eastern Bloc beginning in 1989.

But Marxists redefined their worldview inside the “commanding heights” of American culture by claiming good and proper Marxism (socialism and communism) has never been instituted, China being still a work-in-progress. Granted, there’s an ongoing debate about whether the Scandinavian countries are socialist (we believe not), which brings the definition of socialism into question.

To address a definition of socialism, we offer the two Praxis Circle videos above, featuring Walter Williams.

We all know the polls indicate socialism is gaining favor in the minds of the Gen Z and Millennial generations, most of whom were not alive in 1989; they have no real time memory of State Socialism. In addition, federal and local law enforcement today tolerates outright challenges to instituted government much more than in the 1950’s and before.

November’s national election should have a big impact on resolving these issues – maybe.

After reviewing the Mueller article, the logical follow-up question is this: How has Cultural Marxism produced such a forceful impact recently? The article by Larry Taunton linked here, Understanding What is Happening in America: A Christian Response (July 2020), connects Cultural Marxism and BLM to Saul Alinsky’s Rules for Radicals (1971) in a connect-the-dots fashion. We observe that many who may have tended to reject most “conspiracy theories” before 2020 are changing their views now.

While Taunton’s article summarizes Alinsky’s basic rules, we also highly recommend Alinsky’s book itself. It’s short and written in a way that all can understand. After such a read, one could not be confused about what can happen when Cultural Marxism gets organized and funded.

Our last recommendation is the brand new 24:43 interview shown below between Mark Tooley and Sam Goldman, A Conversation About Cultural Marxism. Mark is the President of Institute on Religion and Democracy (IRD), and Dr. Goldman is an Associate Professor at George Washington University, both in Washington, DC.

The IRD focuses on Christian orthodoxy and produces an excellent blog, Juicy Ecumenism. It addresses current topics straddling links between Mainline and evangelical issues; it’s extremely informative and even entertaining.

Dr. Goldman offers an overview of Cultural Marxism and its impact today. Importantly, he  cautions that it’s not the sole cause of America’s civil unrest. In a sense, he dials back some of the observations of the Mueller and Taunton articles, suggesting that our civil unrest has many causes – some legitimate in fact and others more ideological – but all coming in a multitude of ways out of the crazy 1960’s.

In the end, we’re sure Austin Powers would agree with Dr. Goldman and the rest. Carnivals (“carnies”) also scare him. It’s a final reminder: We all need to keep our senses of humor while social distancing and protesting under the tent.