We believe the answer to the Shane riddle, which has great implications to PC’s mission of Building Worldviews, lies in the short speech reproduced in full below. But first, please review Scene One of Shane presented above to get situated, if you haven’t yet had the chance.

And for those who’re short on time – and that would be all of us – we’ve highlighted a couple of key lines below in red and blue to assist a speed-read. (But we highly recommend the whole thing.)

Of course, the speech itself does need some introduction.

James T. Adams, an English teacher at the Lawrenceville School in Lawrenceville, NJ, gave the speech in 1996 to the school’s co-ed senior high school class early in their last semester. The class had elected Mr. Adams to deliver the address, a true honor Mr. Adams much appreciated. It appeared in the Spring 1996 edition of the School’s magazine, The Lawrentian, with the title, “Remarks to the Fifth Form.”

As the senior class (the Fifth Form) faced the last semester together, Mr. Adams was concerned about the seniors’ tendency to misbehave down the final stretch, all too often resulting in final dismissal just before graduation. All high schools with senior classes face this issue, but particularly in boarding schools like Lawrenceville, where the faculty and students have come to know each other so well.

In any case, Mr. Adams’ speech is filled with wisdom for children of every age. (As he suggests, many of us never grow out of adolescence . . . and probably don’t want to.)

Could a takeaway be that we should try to preserve the conditions of The Garden for each other to the extent possible? In other words, do as the Creator did originally for us?

Early in the play Hamlet, Hamlet says, “There is something rotten in Denmark.” His buddy Horatio replies, “It takes no ghost from the grave to tell us this!”

Well, I don’t know if things at Lawrenceville have become rotten, but they always seem to go a little sour during the deep winter stretch as we turn the corner into spring break. You folks get restless. There are too many instances of drug and alcohol abuse, too much class absence, withdrawals, dismissals – and you don’t need me to tell you this. You know it. What is to be done about it? Well, there are two, only two, very different ways we can go, and both of them are implied in a wonderful little scene from the classic Western film Shane. Shane, riding along minding his own business, is confronted by a rancher who suspects Shane is a bad guy. He aims his gun at Shane and tells him to ride on out of there. Shane tells him to put the gun down and says, “I’m going to leave now. I just want it to be my idea.”

Certainly if the School finds a disturbing pattern of behavior among a significant enough portion of the student body, sees that the standards of order and propriety necessary for it to fulfill its first purposes are imperiled, it will – it is obligated to – respond in the absence of self-willed response from the students themselves. I wonder how many of you have really thought about that option, or how many of you think it is somebody else’s job to get things squared away. Everyone thought the satirical novel Babbitt was about his neighbor. They were probably right, but then each of us is somebody’s neighbor.

If you choose not to take control of the situation, sooner or later the School will have to, and the nature of its response is foreordained by time-honored historical principles. Look it up. Every time authority perceives too much unruliness among the population, too many excesses that are, alas, the frequent excesses of freedom, it systematically undertakes to limit that freedom. Sooner or later, to get back to Shane, it will level a gun at you and tell you to ride on out of there. I hope you will respond as Shane did.

He demanded the right to choose to do the right thing, and then he did it. There is no virtue in coerced virtue, though there is order. Or to put it another way, there is no dignity in being forced to do anything.

The cultivation and preservation of your personal dignity – and the word comes from a Latin root that means worth – should be your highest aspiration in life. To one degree or another, in one form or another, you are somebody’s slave without it.

Here’s an interesting corollary of that proposition, which I’m afraid some of you will have trouble swallowing: the only students who have a legitimate right to complain about the School’s “Mickey Mouse” rules are those who choose to behave appropriately in their absence. And these people probably won’t complain because these rules have been beneath their notice all along.

Here’s another corollary of that proposition. I will put it in the form of a paradox for your immediate amusement and, I hope, later contemplation. You must have dignity enough to demand that the School give you the right to choose to lie, drink, or to smoke dope. If the School could find a way to make it utterly impossible for you to choose to do these things, and random drug testing of all students would do the trick (I am happy to suspect that we are still a long way from that option), you wouldn’t do those things. You’d ride off into the sunset with the School’s gun aimed at you. The subtle but truly sorry problem with that is that neither you nor the School would know whether you rode off because of the threat or because it was the right thing to do. Without the freedom to choose irresponsibly, you likewise have no freedom to choose responsibly, and that makes your personal dignity absolutely impossible. It does create order, however, so be advised that it will always appeal to somebody.

Okay, Adams, we got it. We demand the right to choose, to make our own moral decisions. We’ve always demanded that.

Yeah, you have. But I’m not sure you’ve always been aware of what it entails.

You are what is known in the trade as adolescents. Adolescents, as you know, are in that transitional phase between childhood and adulthood. Here’s the only truly significant difference between these two poles: children are utterly self-centered. What concessions they make to others or to the group are coerced or so rewarded that they are self-serving after all. Adults, that is, genuine adults (and there are a lot of children my age and older running around out there), can transcend their own interests from time to time when a more altruistic response is plainly called for; that is – now tune in – they always see themselves in inevitable relationship with others and they know those relationships involve obligation.

Which are you? Well, if you are capable of pounding a couple of beers with a friend whose next mistake will get him dismissed, I submit you are answering to a very childish notion of friendship, childish because it is so self-serving. You want to be with your friend because his company enhances your pleasure, and you aren’t willing to forego serving yourself in that respect to help him make a more responsible choice that would serve his interests. There will be tears of grief at his dismissal, but will there be tears of shame for your responsibility for that sad event?

And letting your friends down that way is trivial compared to what is really at issue, to what the adults among you clearly know to be at issue. You simply don’t have the right to violate such relationships, which is precisely what we do every time we pretend that what we do is our business only. In my view you have the perfect right to self-destruct if you are the only one affected by it. But you never, ever are.

So the right to choose is an absolute prerequisite for dignity, that is, worth. But the moral choices you make in pursuit of your dignity are inevitably, and, I might add, gloriously complicated by your relationship to others: family, friends, the School itself, of which you are soon to become caretakers.

Let me condense all of this gas into something practical and potable for you. Spring term of your senior year is on the near horizon. If you leave it to the School to coerce appropriate behavior, if you leave it to your friends to look after themselves because that’s all you’re willing to do, some of you will not be here in June, many of you will have what would be a joyous time of your life tinged with sadness, and all of us will have had our dignity compromised.

Will you have less fun if you make choices? Perhaps, but please hear this: it is infinitely better – infinitely – to be able to say I have dignity than to say I had fun. Your personal dignity is a diamond: durable, precious, and ever-appreciating. Compared to that, mere fun, at least the sort of fun that can only be had by violating important rules and therefore violating love relationships in the process, is like something a puppy leaves on a newspaper for you. Don’t confuse that with a Snickers bar. We are what we eat. Make the choices that will promote you and the other guy’s dignity.

If you do, you may wind up serving more than yourselves and your classmates. You might just set a new standard for rising seniors and give some substance to the phrase on the wall in Upper [the senior dormitory] you pass everyday: As the Fifth Form goes, so goes the school. You won’t be around to see the benefits of that, but, as somebody wise once said, certainly one of the greatest things any person can do is plant a shade tree under which he knows he shall never sit.

There is real dignity in that.

Oh yes, and one final note from Praxis Circle about etymology.

We’ll be coming back to the movie Shane a number of times in the future because it’s a tight, simple allegory presenting great points of discussion concerning Western worldview, like, say, The Matrix trilogy, as one of many other examples.

We’ll be engaging all kinds of stories in an effort to help ourselves and our Members understand and build worldview together.

No doubt, wordsmiths like Jack Shaefer, the author of Shane the novel (which led to the movie), George Stevens, the movie’s director, and Jim Adams, Lawrenceville’s Master of English, love words, and they’re always extremely careful selecting them when it matters.

As a result, we think it’s relevant to know that the name Shane is an Irish form of Anglicized John (from Hebrew “Yehohanan” and Greek “Ioannes”), meaning “God is gracious.”

0 responses on "God is Gracious - Part III of III" 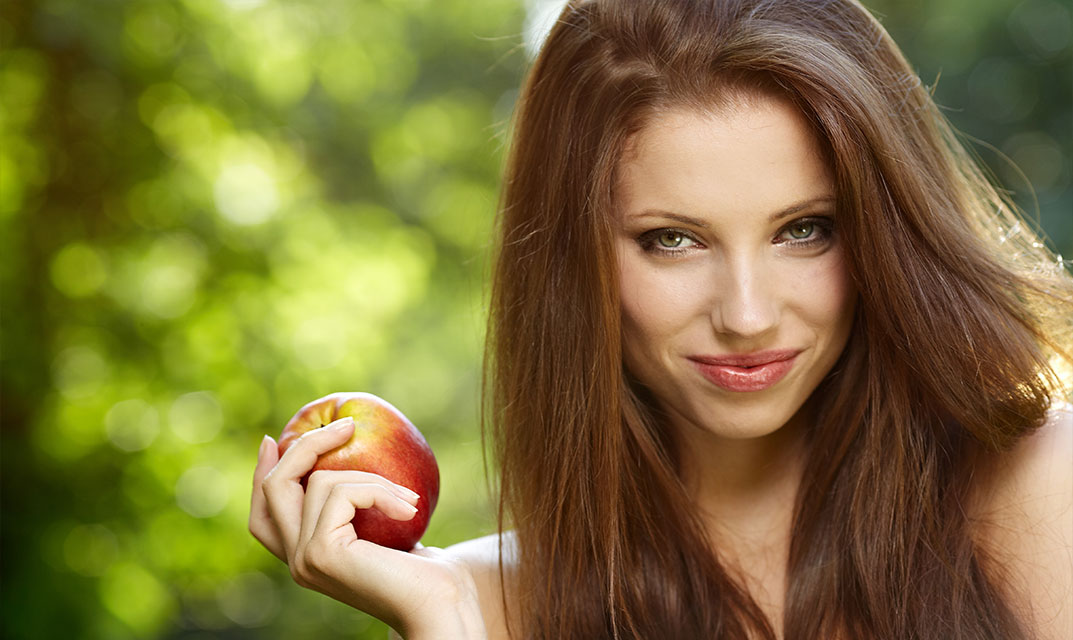