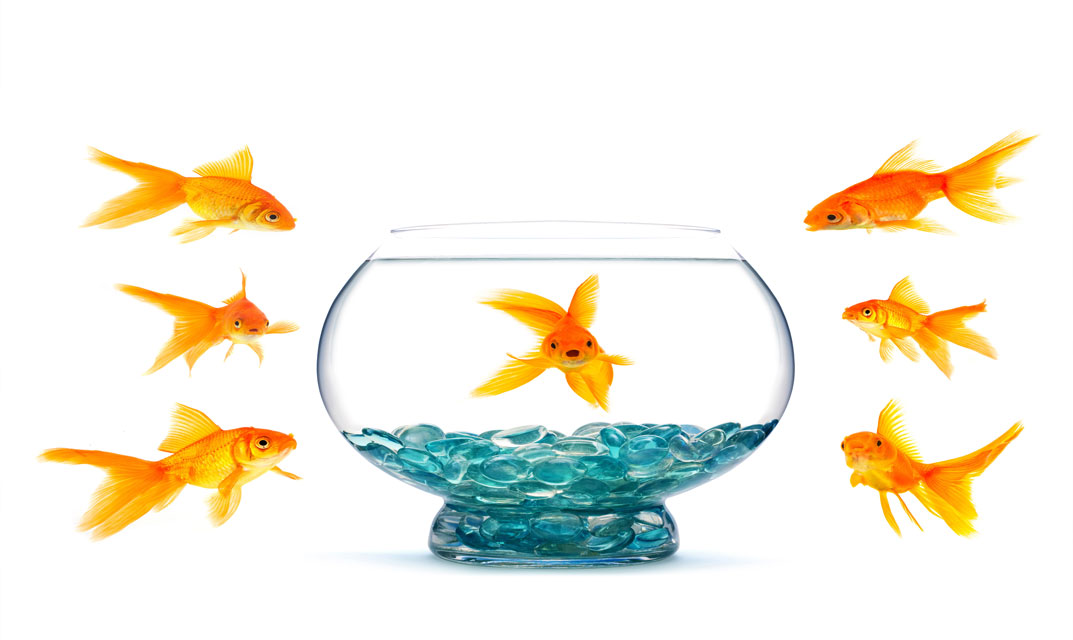 As Executive Director of the Praxis Circle, it gives me (Doug Monroe) great pleasure to present our seven new Expert Contributors for 2019. Watch for their Personal Pages to be added to the PC website, and we’ll be integrating their content with the site and Courses in the near future. In addition, we’ve begun the process of lining up our new Contributors for next year, when again we’ll be in high cotton.

Also, below we offer links to their own websites and a brief indication of why each new Contributor is so interesting, as well as how their expertise relates to worldview.

(FYI, they’re introduced in the order the interviews were conducted.)

Does a fish know it’s wet?

Of course, no one knows the answer because, outside of GEICO commercials, only mermaids talk to or wink at sailors, indicating what’s on their minds. While all know what’s on sailors’ minds, we can only imagine about fish. How could they know that they’re wet without having been fully dry themselves (and having lived to tell the story)?

Here at Praxis Circle in Richmond, VA, USA, what this means is one can’t understand one’s own worldview well without trying to understand the worldviews of others, and then turning around and taking another look back at your own with renewed objectivity and, hopefully, wetness.*

So, while we admit with pride in our About page  (see Read More, if interested) that we have a Western Judeo-Christian worldview, we’re deliberately seeking out other worldviews – in fact, all worldviews that have a major following across the globe – and we’re doing this with a critical eye toward our own.

(Getting to all these worldviews takes time, but we’re making solid progress.)

We believe this is the only way to understand one’s own worldview, adopt or change it, as necessary, and then continue to build and strengthen. (Of course, this attitude toward the subject represents a certain worldview itself, but we won’t digress further here.)

And, as we’ve suggested a number of times already, we believe most-to-all humans are constantly doing this themselves, whether they recognize it or not, and we want to speed that process up for you with quality discussion, necessarily involving life’s most important questions.

In sum, each of our new Expert Contributors introduced below will get you thinking, and we hope you’ll improve your worldview position with their help – though we’re quite certain that they’ll offer challenges; indeed, you won’t agree with everything, by any means.

My friend, Q, who, regrettably, will surely introduce himself sometime before yearend 2019, will argue that agreement between all of our Contributors on everything would be logically impossible.

“Get over it while pounding sand,” Q would say.

So, there you have it: We can’t all agree on everything.

Beyond that, it’s not our new, wonderful Contributing comrades listed below or those already on the website . . . or any of our PC team or our Members and viewers that, as ED, I’m seriously worried about in 2019-2020.

As he says, “The Revenge of Adam Smith.”

Sure, I wish I could be as chill as Joe Starrett in Scene One of Shane (go to just before ~2:19):

(Q’s nothing special. Everybody wants to be Shane.)

On the other hand, as they say, that’s why we’re making the big bucks here at PC.

While on the website already (interviewed in the fall of 2018), Sir Roger has not been formally introduced. He’s one of the leading philosophers in the world (looking particularly to Kant and Hegel), and a prolific writer with authority on every subject imaginable. Of course, Dr. Scruton is unabashedly conservative, and he currently serves as the Co-Chair of the U.K.’s architectural public housing commission. He’s a serious supporter of Western civilization, broadly speaking, and its theistic worldview and a critic of postmodernism and deconstruction.

Dr. Ehrman is one of the leading and best-known Christian scholars in America, a professor at the University of North Carolina at Chapel Hill, and a former Christian who’s now a strong skeptic and humanist. We interviewed Dr. Ehrman because of his extensive scholarship known globally, having followed him closely since first publishing, and because we believe Christians should examine themselves from the outside in, as well as inside out. In sum, Dr. Ehrman won’t allow us Christians to hide or gloss over anything.

Dr. McCloskey is one of the best-known economic historians in the West, who’s dedicated at least her last 20 years to explaining the West’s and the world’s unprecedented, even astronomic wealth increase since 1800. She thinks Western worldview explains it, and not charts showing supply and demand. Obviously, we all need to be thinking about that. Besides, she’s one of the most interesting and amiable people you will ever meet, and she very kindly won’t tolerate mushy thinking any more than Sir Roger, Dr. Ehrman, or Q.

Dr. Alexander and Ms. Newell are co-authors and partners, dedicated to fostering spirituality in all kinds of ways. Dr. Alexander was an accomplished brain surgeon teaching at Harvard who incurred an NDE (near death experience) in 2008, and who miraculously lived to tell about it in 2012’s #1 National Best Seller, Proof of Heaven. He has written two more books since (the last with Karen), bridging science with spirituality. As we’ve mentioned before, the first question on most worldview tests is, “Do you believe in a spiritual world or not?” In sum, Dr. Alexander and Ms. Newell get that conversation going, to say the least.

Dr. Ford is Professor of East Asian religions in the Department for the Study of Religions (former department chair) at Wake Forest University (and one of Wake’s most respected professors), a Christian and practicing Buddhist, as well as an expert in East Asian religions, particularly Buddhism. He’s author of The Divine Quest – East and West: A Comparative Study of Ultimate Realities (2016). Dr. Ford introduces the Praxis Circle to Hinduism and Buddhism; moreover, certainly, he shakes most Westerners out of their little comfy zones, while leaving a residual of serious mind-expansion.

Dr. Mathewes is an extremely popular professor of religion at the University of Virginia and lecturer through The Teaching Company, otherwise known as The Great Courses. He’s a leading national scholar of Augustine of Hippo (354 – 430 A.D.), the genius whom many believe first articulated Christianity as a comprehensive worldview. Of course, one of the central pillars of every worldview, though often unarticulated, is how it handles the question of evil in the world, encompassing the related issues of pain and suffering. Dr. Mathewes zeroes in on evil as a worldview issue, as well as Augustine’s Christian worldview, as it remains relevant and still arguably the dominant Christian narrative today.

*We compliment the guys at the Worldview Course for the goldfish story, and, though we haven’t taken the course, we hope to and trust it is excellent like their introduction. In the end, we’re a lot like Vladimir Lenin when it comes to “Building Worldviews”: By whatever means necessary.