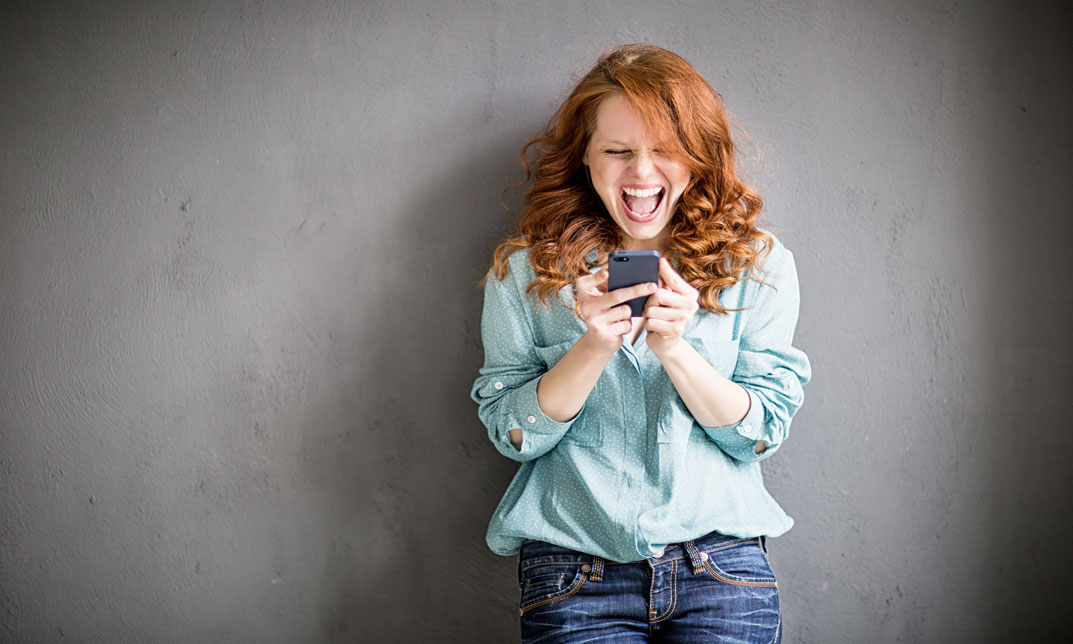 It gives Praxis Circle great pleasure to introduce a true friend, Steve Kelley. Steve is one of the nation’s leading political cartoonists, as well as a comic strip creator, comedian, and writer.

We met Steve in high school in Richmond, VA, and followed his career to Dartmouth College and afterward. Steve’s been a star everywhere he’s practiced his trade, notably as the featured cartoonist in the leading newspapers in San Diego, New Orleans, and now Pittsburgh. Currently, Steve’s the cartoonist for the Pittsburgh Post-Gazette, and he’s syndicated by our local newspaper, the Richmond Times-Dispatch.

Steve’s cartoons, comedy, and writing have been featured in national publications, and he’s appeared on national TV on such programs as The Tonight Show. Recently, as the co-creator of the comic strip, Dustin (the cartoon character above), Steve was the 2018 winner of the National Cartoonist Association’s award for “Best Newspaper Comic Strip.”

We’ll be featuring Steve’s cartoons periodically to enlighten and “lighten up” your PC worldview-experience.

Please note: As true pirates, our PC sword swings in every direction.

PC Contributor Walter Williams answers the question posed in the title above by defining taxation as “legalized theft”: 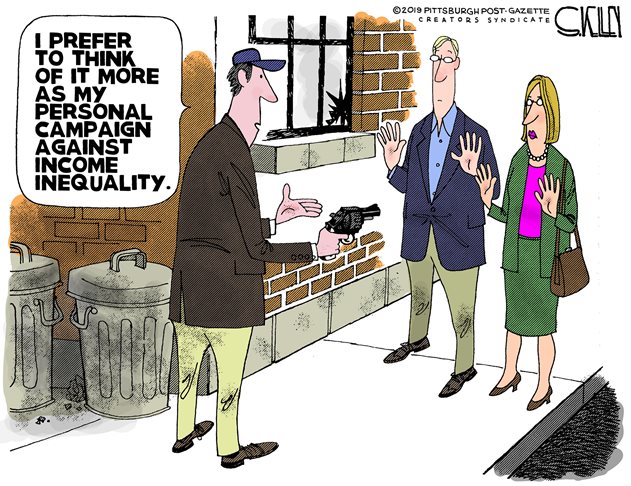 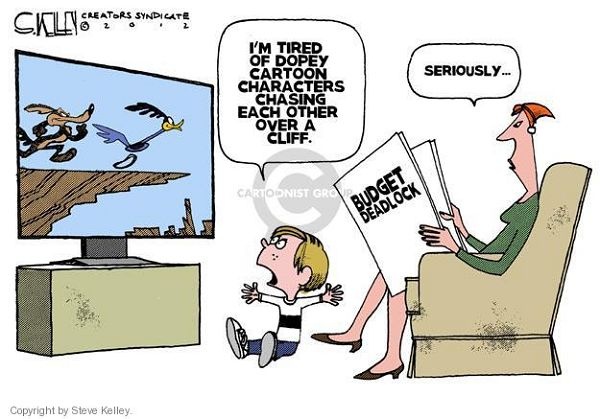 Dr. Williams hasn’t had a chance to respond to Dr. Wight.

What are the strengths and weaknesses of their arguments?

The situation? Your identity? The truth? Your worldview?

What are the boundaries? When to object one way or the other?

Are they saying the same thing, different ways?