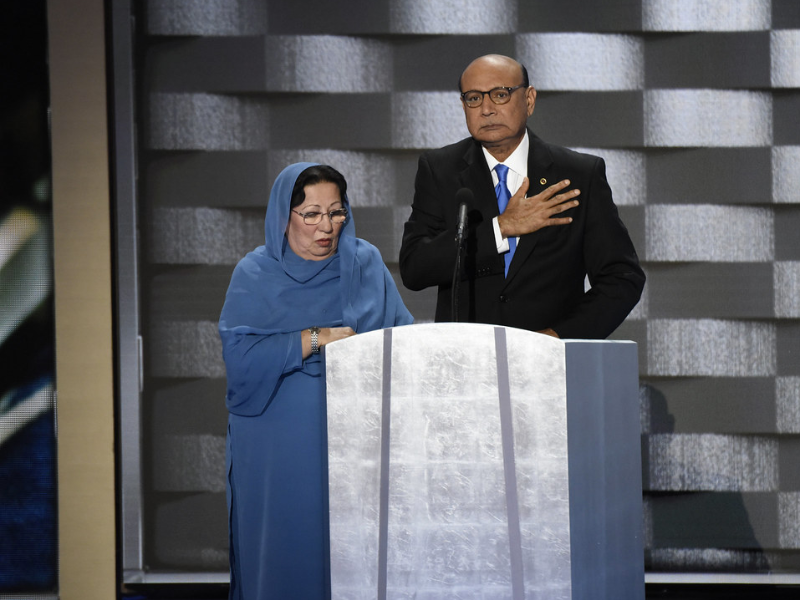 Praxis Circle is honored to have Contributors that are truly changing the world.

Just last month, Contributor Khizr Khan received the Presidential Medal of Freedom, considered to be “the Nation’s highest civilian honor, presented to individuals who have made exemplary contributions to the prosperity, values, or security of the United States, world peace, or other significant societal, public or private endeavors,” according to the White House press release.

We send a big congratulations to Mr. Khan for being recognized for his advocacy work promoting the rule of law and religious freedom and are grateful for the many American values he continues to fight for!

Please enjoy a few clips and transcript below from his Praxis Circle interview where Mr. Khan discusses human dignity, the foundations of freedom, and his strong optimism for America’s future.

Is freedom a universal value?

Yes. I personally feel, and I feel very strongly about that. This is a universal human dignity, I call it, that… And history proves that we have lived centuries of slavery and colonization. It’s another form of slavery and indignities that have come out of it. And, the world thrived and the world prospered when liberty, when freedom, was granted to people. Initial chaos, some of nations are still going through the initial chaos after the liberty, after the freedom, but it’s a basic human right and human dignity as defined by our forefathers in our Declaration of Independence. They were right on spot when they talk about the liberty of human beings and of human spirit.

Does the Muslim world need to develop a stronger foundation for freedom?

Oh, yes. Oh, yes. There is so much needed, so very much needed and it will not come from within Muslim world. I assure you. Intellectually or politically, it will not come from within Muslim world. And Professor Bruce Lawrence’s Quran in English gives you an answer that why redefining of certain basic fundamental concepts is so very important for Muslim world to see the light. Without that, it’s not going to happen and it will, the locks are so tight, the chains are so powerful, the minds and the eyes and the thoughts of the people that will, that could make the difference. It’s very difficult. And there are lots of scholars right now that are talking about, to look, redefine certain basic concepts, redefine not the fundamental, but to read it fairly, read the basic concepts of faith fairly, as I mentioned in because of the politics and all of it, that brings me back to Declaration of Independence.

As a Muslim, I look at it from another angle. There had not been any scholar, an author that was so powerful, that was so direct to point to the unfairness, indignities of the human being as Declaration of Independence does. Some of my Muslim friends may get annoyed when I say this, but so be it because centuries and centuries and centuries of dictatorships, kings, and queens and princes and all this, no one has the courage to say, “Enough is enough.” We are declaring our independence up until the Declaration of Independence of United States.

The only state prior to then, I come from state of Virginia, a proud Virginian as well. It was the state of Virginia, which enacted the Religious Freedom Act in Virginia. No other nation in the world. It’s a challenge to your audience. Find me any state which enacted and implemented. I’m not talking about article in a book or drafting and writing a book on a concept of freedom of religion and all that. Show me where it was enacted, made into law. I am a proud Virginian because it’s the first state on the planet earth that enacted, made it law. In practice, if we have failed, that is a different topic, but you don’t find such dignities anywhere in the world, in any literature, in any system of government, but in United States. First Amendment, the forerunner was, of course, the Virginia Statute for Religious Freedom and then comes the First Amendment. Show me any Constitution of the world that, and I’m not talking about just on piece of paper, I’m talking about the jurisprudence.

I’ll take you to the library that is full of cases that have handled under First Amendment, one way or the other, whichever way it is, but it has been debated. It has been discussed. It has been implemented. It has been, and it continues even today, forcefully. So, it is such moment that will, that needs to take place. And that in a faith, among people of faith that takes centuries. First Amendment or The Declaration of Independence or U.S. Constitution didn’t happen. It took hundreds of years of people going through of suffering of realizing what is our destiny, where we are headed, thoughtful people, putting their heads together, writing, discussing, suffering. I must pay tribute to those who penned, put their names and their counties and their states on The Declaration of Independence full well, knowing what they were doing, what the consequences would be. It’s that kind of courage is needed to get Muslims out of the slumber that they have fallen. It has not taken. It should have come. Declaration of Independence should have come in the Muslim world, hundreds of years before Declaration of Independence of America.

You don’t see it anywhere. A Statute for Religious Freedom should have come somewhere in one of the Muslim countries, somewhere long before it was enacted in the state of Virginia. So, it’s long coming, but there are hopes because I do read some scholars that are working on these matters, trying to enlighten. These are Muslim scholars, and these are current, my contemporaries, meaning that they’re still working, they’re alive, they’re writing, but they’re in such a minority that it will take a really long time before this redefining of the basic concept of the faith are brought to light.

Are you optimistic or pessimistic about America?

I am very optimistic.

Over the next 20 years let’s say, not this election or anything like that. How do you feel about America?

Sorry to interrupt your question, but I’m in such a hurry to answer you this particular question, because it requires urgent to commands of this hope and to all of your audience and those who are interested in the history of United States of America, we have been in the worse situation before we have come out stronger. As I said earlier, at the end of second world war, the first half of the last century, the world was destroyed it laid destructed. International institution were destroyed and abandoned.

We face very serious challenges to our existence, to our democracy, to our institutions. But I know the American experience, I know the American spirit which will prevail. American constitution, American democracy, American values live in the hearts of Americans. I have experienced that. We have received a letter that I want to quickly mention a letter that came from West coast written to us saying, “I am a paralyzed person. I wanted to go and see the Statue of Liberty, but because of my paralysis, I could not travel.” She said, “Mr. and Mrs. Khan, when you brought the constitution out of your pocket at the convention, my lifelong dream was fulfilled that there are others that love this Constitution as much as I do.” It is such Americans, their spirit, their love of this Constitution, this system of government, this beacon of hope for the rest of the world will prevail.

Thank you very much. It’s been such a pleasure.

I don’t even… wow. Top that one guys.