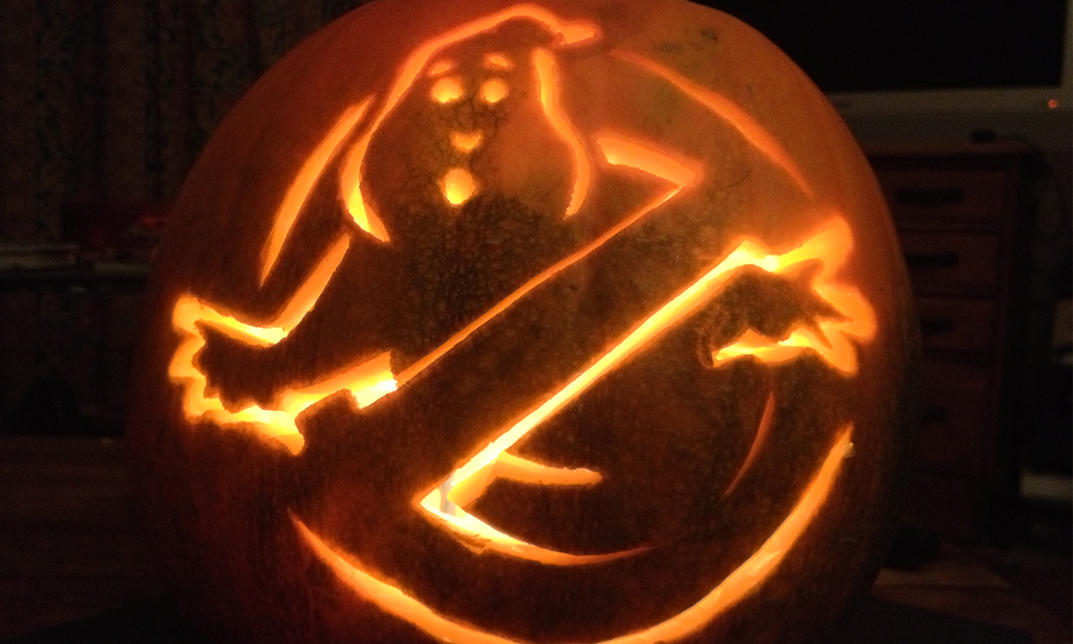 Today, just in time for Halloween and our even more scary National Election, we have much good news for fans of religion. Interest in the supernatural is increasing rapidly worldwide, and all of the nihilists out there can’t do anything about it. More on that below; but for now, don’t let any mean nihilists (one of our favorite movie scenes) bring you down.

(Of course, in our opinion, many nihilists are extremely nice, though nonetheless confused.)

In a recent Q and D post we described how Christianity is about World Revolution, not about the status quo. In another we highlighted how the Reformation, in particular Martin Luther, set the West on a pathway to modernity post haste. Dr. Mark Taylor’s book After God mentioned there describes how Protestantism created new worldview paradigms and social foundations just as it deconstructed the old. In fact, he incorporates this Hegelian dialectical phenomenon into his definition of religion.

Similarly, today we present another gem of a book (156 pages), Reformation Myths: Five Centuries of Misconceptions and (Some) Misfortunes (2017) by our Expert Contributor, Dr. Rodney Stark. Reformation Myths would also agree with Dr. Taylor about the Reformation, in part, but take issue with some more specific themes giving too much credit to Protestantism. As a sociologist, Dr. Stark is an expert on the state of religion globally, as well as on the history of Christianity itself. In the video above he describes his personal dedication to truth in history.

We admire Dr. Stark and have enjoyed all of his books because he always gets the reader thinking outside-the-box, and he follows truth wherever it leads. We would really recommend that you go to his Personal Page using the link at top and watch at least the first six videos of his interview. (They total only 5 minutes, 35 seconds.) Dr. Stark offers an overview of his approach to Western history and his impression of the general state of the art in academia today.

As you know, we love pirates.

We know Dr. Stark would find general agreement with Allan Bloom in his classic The Closing of the American Mind (1988)and with Stanley Kurtz recently in The Lost History of Western Civilization (2020). Here’s a recent article on the latter. The Academy is closing off the study of Western history from an objective point of view and even arguing it was a new phenomenon of the early 20th century intended to enhance white people’s power.

In other words, the study of Western and American history today is reaching new lows. Our judgement is that historical study is worse than in crisis; it’s bankrupt. Historians broadly are engaging in the business of brainwashing students rather than presenting facts broadly and seeking to understand from the points of view of the historical individuals and times themselves.

Extremely biased presentism is eating the truth of the past and trashing the good we have worked so hard as Westerners for hundreds to thousands of years to establish..

Without dodging any truth whatsoever, we believe Westerners must develop a much better overall approach to history going back as many as 3,000 years to account for the amazing continuity and progress that’s been made though today. Obviously, this approach would emphasize a more positive view of history that can bring people together, rather than set them apart, and there’s no need to sugar-coat any facts or leave ones compassion or empathy at the door. Good history doesn’t allow that, and Dr. Stark’s life’s work really helps.

As Dr. Stark says at the end of Reformation Myths’ “Introduction: The mythical ‘Protestant’,” written in 2017 on the 500th Anniversary of the Protestant Reformation (Luther’s 95 Theses being published in 1517), if truth “makes me the ‘skunk at the picnic’, as one of my colleagues suggested, so be it.”

Some of Reformation Myths’ meta-themes are that Christianity began deconstructing society from the resurrection of Jesus onward and that much of the Protestant Reformation’s work had already been done by the Roman Catholic Church by the 9th and 10th centuries. He also emphasizes that “modernity” began way before the Reformation and that the proliferation of Catholic and Protestant versions of religion has been exceptionally good for the spread of religion itself (which is good for humankind).

Surprise: He believes the medieval era was LESS religious than today! Bodies in church were scarce, and behavior was unruly, if not disgusting.

Next below, we offer select quotes from Reformation Myths, followed by an extensive list of bullet point themes. While we recognize it’s difficult to prove such broad themes over such a lengthy period in such a short book, we can say that Dr. Stark’s general presentation of history agrees with the extensive historical reading and research we have done covering the millennia in question over the last 50 years.

We think it critical to a reappraisal of history today to understand that most of the elements of what we call “capitalism” existed even in ancient times, though all economies then were held down by tyranny and slavery given today’s standards, and that, afterwards, most of our current economic fundamentals were developed as early as the 9th or 10th centuries, though not widely practiced.

The conclusion would be that it wasn’t secularism that developed our modern society and economy, but Classical Judeo-Christianity (CJC), broadly speaking. That should make the word capitalism meaningless to Christians today, and that’s why we need to rethink all Marxist labels commonly employed now to designate successive historical stages. They should have no meaning to CJC worldview in that it completely stands alone; indeed, CJC values dictate why the word capitalism can be so deeply offensive today to so many who believe in Western free enterprise.

In 1776, at the beginning of the American Revolution, despite the many Puritans and members of other intense religious sects who had settled there, only about 17 per cent of Americans were active in a local church – about the same as in Europe then (and now). As time passed and the number denominations proliferated, membership rose. By the start of the twentieth century, half of Americans belonged, and today about 70 percent are affiliated with a local church. (page 127 citing The Churching of America, 1776 – 1990 (1992) by Roger Finke and Rodney Stark and What Americans Really Believe (2008) by Rodney Stark)

“Once Pandora’s Box of reform had been cracked open by Luther, there was little to prevent others from breaking with their church over their own understanding of the Bible. From here, there was no return. The modern world would grow increasingly pluralistic.” (page 123 quoting from Martin Luther and the German Reformation (2016) by Rob Sorenson)

Christian theology has never crystallized. If God intends that Scripture will be more adequately grasped as humans gain greater knowledge and experience, this warrants continuing reappraisal of doctrines and interpretations. And so it was. (page 80)

In any event, despite all the myths and nonsense, I have no doubt that the Reformations were good for Christianity. Pluralism is what makes it the fastest-growing religion in the world. (page 156)