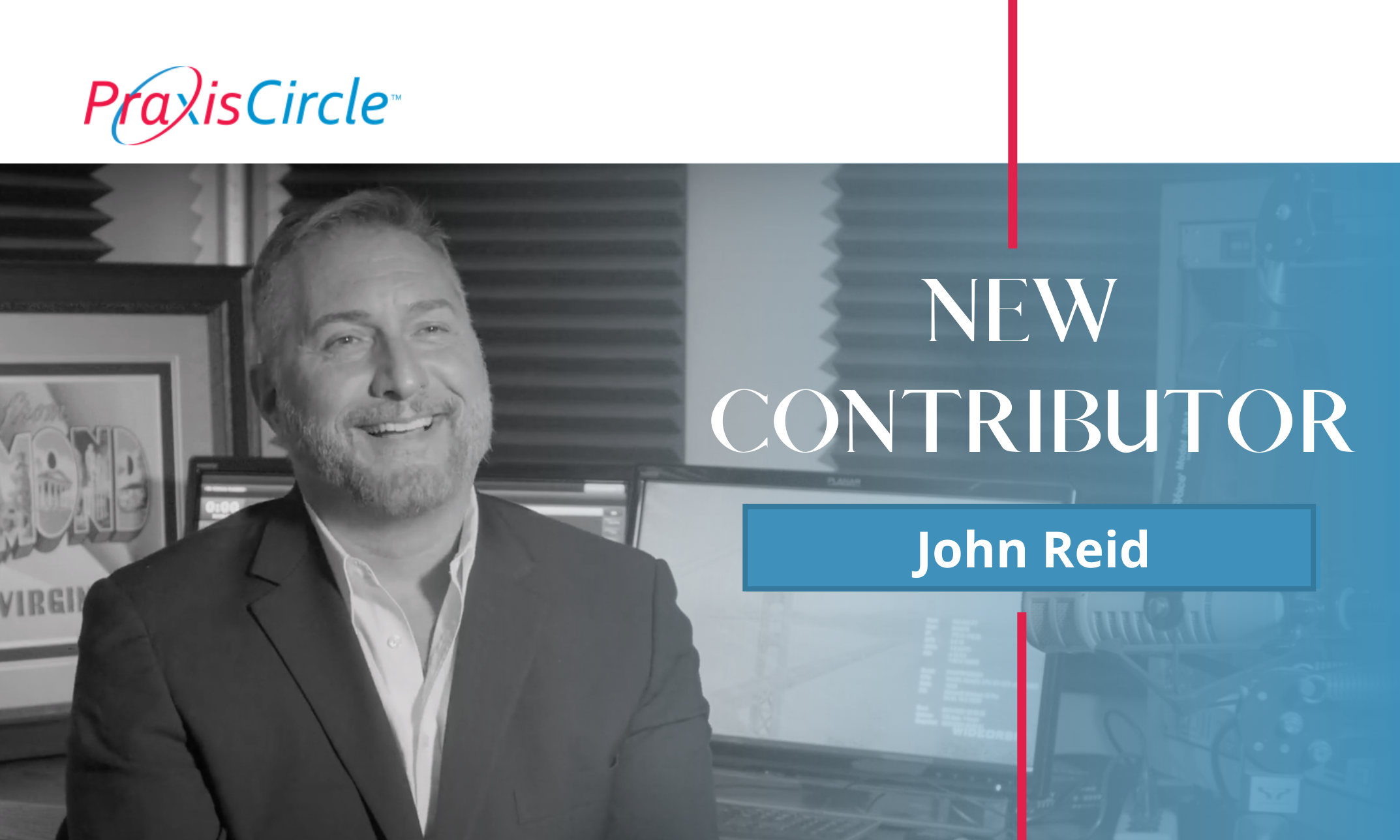 Praxis Circle is excited to announce our newest Contributor John Reid, host of Richmond’s Morning News with John Reid on Newsradio 1140 WRVA. To watch his full interview, simply begin the playlist above.

John has led a truly fascinating life with a career that has deeply immersed him in media, journalism, entertainment, politics, and current events. Leaving his hometown of Richmond, Virginia to study political science at Baylor University in Waco, Texas, John became increasingly interested in the news industries and moved to Los Angeles, California to intern in Ronald Reagan’s press office in 1993. While there, he gained invaluable experience working with the former president to help draft his remarks and speeches given after his time in the White House. Clearly, John attributes much to President Reagan for inspiration to remain optimistic about America and the vision of the American dream.

John formally began his career in the radio industry at the CBS affiliate in Waco, eventually taking a position at the ABC affiliate in Richmond where he would remain for the next ten years. Wanting a change of pace, John decided to move his career to Washington, D.C. as the director of communications for Senator George Allen’s office from 2004-2007. From there, John worked as the director of communications for the U.S. Chamber of Commerce and with private public relations firms—jobs that sent him around the world, including a three-year stint in the Middle East.

Throughout the course of his life, John has visited all seven continents and over 85 countries. His fascination with people and global culture is unparalleled—it has brought him direct and extensive contact with the famous, powerful, learned, creative, successful, wealthy, charitable, ordinary, troubled, and underprivileged. To our delight, John has a rather unique worldview that includes a great appreciation for the United States as a nation; he has a special ability to connect with people.

Another aspect of John’s life that gives him a different window on worldview is that he is an openly gay Republican. In a culture that loves labels and putting people in divisive categorical groups, John does not wish for his sexuality to be the defining part of his identity, and it most certainly is not—while, admittedly, still being an important part of who is. He believes America has given all people the great gift of finding their own common purpose among diverse and largely good people.

In 2007, John returned to Richmond to work at WRVA, where he currently hosts his morning radio show. He is a star of talk radio in Virginia. His desire is to use the reference points of his life to illuminate today’s political conversation and nudge it in a direction that respects America’s values, culture, and heritage. John’s PC interview with us covers a wide range of topics: more on his personal life, how his travels have impacted his worldview, his experience in Washington, Virginia’s recent handling of Civil War history and statues, religion, globalization, immigration, the state of journalism, free speech, social issues, and much more.

John’s interview is much like his radio show: fun, engaging, candid, and insightful for all who listen. His life experience has made him a well-rounded voice for the everyday American who is not afraid to question the media’s narrative and encourage free thinking for all.

Welcome, John, and thank you for a terrific interview!