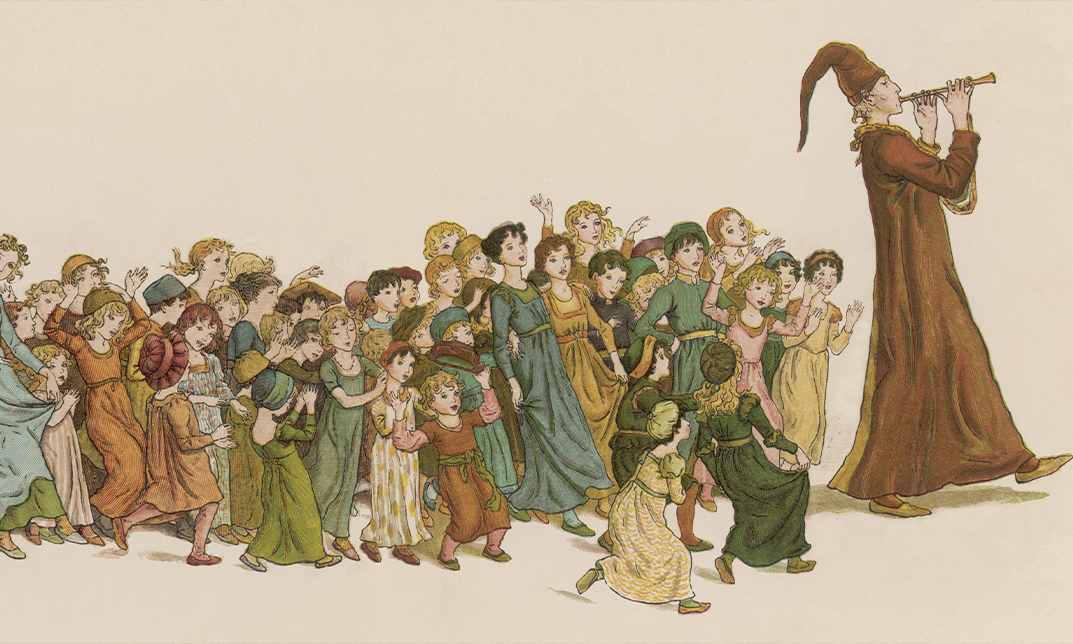 As children, we all heard the story of The Pied Piper. The piper was hired by a German town council to play his pipe to lead all the town’s rats into the river where they would drown and no longer bother the townsfolk. After accomplishing his task, the council refused to pay him for his work. To settle the debt, the pied piper played another tune enticing all of the children in town to follow him into the mountains, never to be seen again by their families. The story explains nowadays why, “Pay the piper,” means paying the consequences of our actions. Or when we are said “to pipe,” we mean mindlessly following beautiful music like fated, though quite happy, rats.

While seeming ages ago now, given the trying pace of our Covid-19 situation, just last week we published a post laying the foundation for our position on the federal debt, The Forgotten Issue (5/6/20), in which we reference the Robert Samuelson column from April,  The Debt Reckoning Has Finally Arrived. The snowballing of our debt (and make no mistake – it is ours, not just the government’s) during the Covid-19 crisis has prompted Mr. Samuelson to write yet another column on the subject,  The National Debt Is Out of Control  (5/10/20), which we feature in this Q and D post.

As if a self-fulfilling prophecy, the day after this latest column was published, news hit of a new $3 trillion – that’s $3,000,000,000,000 – stimulus bill that will be proposed in the House of Representatives, the governmental body, of course, in charge of creating all spending bills. This is in addition to the $3 trillion Mr. Samuelson refers to in his first paragraph of his most recent article, linked above.

So as you read his latest column, please mentally add this potential new spending to the unfathomable amount he cites as our current debt.  In addition, you might notice upon review of our The Forgotten Issue post linked above that Samuelson uses a definition of national debt that places his numbers at the lower end of ranges often cited by credible sources. One thing we can be certain of is that when the  time eventually comes “to pay the piper,” it will be the higher numbers across the board that America’s creditors will ask American citizens to pay. That’s the way of financial panics and legal obligations.

Finally, to quote Mr. Samuelson here: “There is a general disregard for covering new spending with new taxes or other spending cuts. It’s so much easier to borrow against the future. The debts pile up, and more often than not, the consequences can be evaded for many years or decades.” But not forever.

No doubt, the consequences will most certainly fall on our children and grandchildren, just as they did in the fairy tale.

We believe our debt level is a matter of the long-term survival of our nation, as one. It rises well above party politics like the Covid-19 crisis itself, and it should be of the utmost concern to every reasonable American. It will be our job from Praxis Circle to explain how resolving this great issue is a matter more of worldview than utilitarian calculus. Yet after the November election, we will take a balanced budget just about any way Washington can get it done.

As in the old pied piper story, we’re being led to drown in a river of debt, and our children will suffer the most.