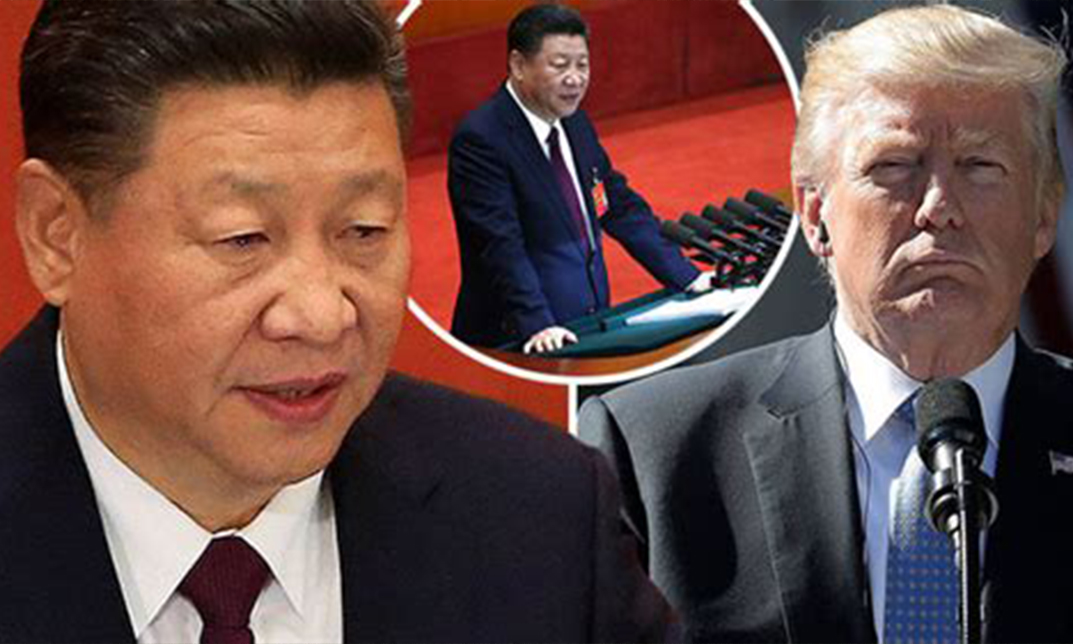 In a recent post we presented our PC Contributor Frank Hill’s answer to the question, What’s the future for the United States and China? The post generated much interest because China appears to be the source of the Covid-19 or “China Virus,” and the global healthcare crisis has raised many other critical strategic issues. In 2020 Praxis Circle will focus significant attention on China, where worldview insights are particularly helpful.

In this post we link to Nicholas Eberstadt’s full review of the current U.S.-China situation. Dr. Eberstadt is an expert on China at the American Enterprise Institute (AEI) in Washington, DC. At AEI he holds the Henry Wendt Chair in Political-Economy as one of their most senior scholars. At home he is the husband of Mary Eberstadt, one of our early Praxis Circle Contributors.

The featured article’s title is The “New Normal’: Thoughts about the Shape of Things to Come in the Post-Pandemic World (April 18, 2020). Dr. Eberstadt explains there why he believes the Covid-19 crisis will have a greater influence on American life than we realize now; why the preservation of Pax Americana requires a continued shift in focus from Europe and the Middle East to the Asian-Pacific area; why American foreign policy toward China will change significantly; and why conflict is likely to persist and possibly increase.

We also highlight the short video (1:21) above from last September where Dr. Eberstadt offers important facts about China’s continuing development; we think it suggests how different the country remains from the United States in certain basic practices. At bottom we link to two more of Dr. Eberstadt’s recent articles on China and North Korea and the virus pandemic.

Importantly, we would like to emphasize that we think the issues Americans have with China today are primarily with the Chinese Communist Party (CCP), not with the people of China themselves. Needless to say, China is a huge country with a diverse population and certainly with no fewer “good people” proportionately than anywhere else. In fact, due to its population size, it probably has more good people than most other countries. Perhaps growth in the middle class and Christianity can help reduce the tension between our countries.

By mid-century some believe China could be the largest Christian country in the world. Our Contributor, Dr. Rodney Stark, wrote an excellent, 126-page book on this subject published in 2015, A Star in the East. Christianity in China is clearly growing rapidly there. Just about all information coming out of China is so unreliable, however, that estimates of the number of Chinese Christians cannot be trusted, and they vary widely between 40 and 400 million people.

From the Institute of Religious Studies at Baylor University in 2015, Dr. Stark estimated there were approximately 60 million Chinese Christians in 2007, and he felt he could reasonably get to over 400 million by 2030-2040 at a growth rate of 7.0%. Of course, this seems fantastic, but it’s exactly what happened to the Roman Empire.

Since then, the CCP has cracked down on Christianity and other religions, since they are subversive to an atheist collectivist totalitarian state, and the impact on the growth of Christianity in China over the last five years is unclear.

In any case, we know Mainland China experiences ongoing power struggle and conflict that is possibly less visible than in Hong Kong but equally contentious, and the virus crisis means we must concentrate on our relationship with China even more.

As time goes on each of us will determine for ourselves what we want to call the Covid-19 virus, but we should emphasize the importance of C-19 word choice as worldview communication. Since the beginning of time people have agreed on their words to construct language, and the words that stick in any language are those with good sense and reference , where reference is most clear or accurate and where sense often suggests meaning or mission. Many little words and phrases often convey powerful meaning and reflect strategic messages. Certainly, the CCP clearly understands this, and that’s why it began “managing” the C-19 narrative immediately.

The coronavirus presents a deadly risk, and it’s costing many American jobs, livelihoods, and fortunes. Beyond health and financial risk, the worst might be the loss of precious time with family and friends from canceled normal activity like weddings, graduations, and senior years. Many of these gatherings and events are not “do-agains.” As a result, to every American now, this health and social calamity is up close and personal, and only time will tell what words and phrases stick in our version of the English language and our history books.

In the late 1970’s China began adopting characteristics of Western “capitalism” and has since succeeded in creating vast wealth to compete with us globally. As the year progresses, Praxis Circle will be emphasizing how our countries remain quite different, how we can think differently about that, and how we can continue to co-exist in full peace and prosperity.