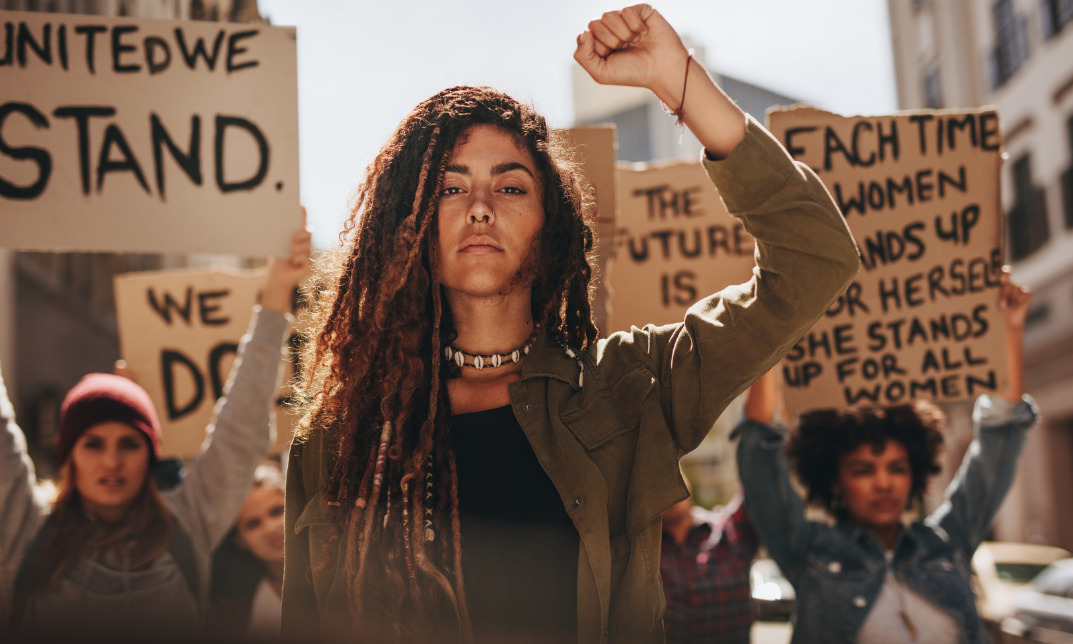 We recently had the privilege of attending a panel discussion on modern feminism at the Catholic Information Center. The event focused on Erika Bachiochi’s new book The Rights of Women: Reclaiming a Lost Vision that explores the development of feminist theory in the United States and critiques the movement’s current trajectory–but not without offering a new path towards women’s rights that rests upon our concrete responsibilities to God, self, family, and community.

As a panelist at the event, PC Contributor Mary Eberstadt has given us an exclusive to publish her statement that thoughtfully responds to the themes in Erika’s book.

We highly recommend The Rights of Women, along with Mary’s latest book, Primal Screams: How the Sexual Revolution Created Identity Politics.

“The Reckoning to Come”

I’d like to begin tonight with a story that came to mind more than once upon reading through Erika Bachiochi’s crucial new book. It’s a story about herd behavior among intellectuals – and how that herd behavior is not foreordained, and can change.

Let’s go back a couple of decades in time. Before the collapse of Communism was ushered in by the Velvet Revolutions, academic and other polite society in the United States shared a near-consensus about the Soviet Union and its doings. It was that Communism was more benign than detractors in the West said it was; that Western nations were riddled with problems of their own; and that the biggest obstacle to social peace was not Communism, but rather, anti-Communism.

This is what just about everyone in polite society believed. These were the maxims that students on elite campuses were taught every day. So it is all the more remarkable to realize, in retrospect, the moment at which that consensus on the Left began to crack: seven years before the fall of the Berlin Wall, on February 6, 1982, at a Town Hall where many leftists had gathered to protest the imposition of martial law in Poland.

To the shock of almost everyone there, Susan Sontag, the reigning grande dame of the Left, took the opportunity to excoriate her own side. Famously declaring that Communism was, contrary to leftist stereotype, “Fascism with a human face,” she also declared these enduring lines in her talk:

“Imagine, if you will, someone who read only the Reader’s Digest between 1950 and 1970, and someone in the same period who read only The Nation or The New Statesman. Which reader would have been better informed about the realities of Communism? The answer, I think, should give us pause. Can it be that our enemies were right?”

Sontag’s break with her own side is a clear instance of secular prophesy. Immediately after the Velvet Revolutions, almost none of Communism’s defenders in the academy or elsewhere dared to raise their hands. This was an astonishing turnaround. It was brought on by the accumulation of evidence about the malignity of applied Marxism-Leninism – evidence that had changed the mind of at least one intellectual, following which many others joined suit.

I thought of this episode often when reading Erika Bachiochi’s remarkable and remarkably important new book. Someday, the Western intelligentsia will have to reckon again with another large subject, the sexual revolution. And when that happens, The Rights of Women will, in retrospect, have been a landmark along the way to that re-consideration. This is so for at least three reasons.

First, because the wrong turn taken by feminism has not only shortchanged women and children and empowered predatory men, as Erika argues forcefully and convincingly. It has further made many women miserable – women, that is, who are outside what is now the counterculture; women who have bought into the fictions that men and children are their natural enemies, that success in the paid workplace is the definition of success, and that the way to be a flourishing woman is to become more like a man. A great many women today, and especially after #MeToo, are openly asking why they aren’t flourishing in the world that feminism has made. The Rights of Women, which explains their intuitions and validates their misgivings, amounts to a manifesto for them, in particular.

Second, this book will also change minds for another reason: it is the definitive demolition of the going model of feminism. According to that model — in the unforgettable phrase of my fellow panelist Ashley McGuire, in her book Sex Scandal — women are inevitably recast not as women, but as “failed men.” Failed men. In the dominant mode of Western feminism, everything intrinsic to women makes women a problem. Above all, on this model, female fertility is the biggest inconvenience of all, one demanding to be managed by industrial interventions that further burden women: chemical and mechanical contraception, with the violent denouement of abortion as a backstop.

Against this current thinking that fails to honor women, fails to protect them, and fails to give them their due as co-creators of life itself, Bachiochi resurrects an incomparably more sane and humane tradition of feminist thinking. Other writers have worked in this vein before, but none, to my knowledge, have succeeded so brilliantly in this re-creation of lost thought. From Mary Wollstencraft to Mary Ann Glendon, as Bachiochi shows, runs a parallel tradition in which the complementarity of men and women has been prized. Ericka not only recovers this dignified past, as well, by using it as a foil to feminist thinking of the present, her book shows how thin and punitive this other, abortion-first regimen has become.

Third, among its other virtues, this book also offers a valuable lesson about public argument — and how to engage in it for the win. Between the lines, it is a spirited rebuke to one of the intellectual deficiencies of our age: historicism. Contrary to what progressives argue, history is not foreordained, including intellectual history. The Rights of Women shows clearly that feminism took a wrong turn, especially following The Feminine Mystique. It also illuminates beautifully a path back to a more magnanimous feminism — one based on a true anthropology of womanhood, rather than the crabbed and diminished anthropology that today’s feminists have mistakenly embraced.

It is rare these days for thinkers on the tradition-minded side to offer not only critique, but remedy. Yet this Erika does with the aid of two particular figures who have inspired her bold work, Mary Wollstencraft and Mary Ann Glendon.

The Rights of Women, is, in a word, counter-cultural. And it could not be more fitting to celebrate its appearance at the CIC, which is home to a powerful counter-culture that’s been growing for a long time.

The day is coming when people on the left will stand and say of the sexual revolution what Susan Sontag said of Communism – that their adversaries were right all along. And when that first leader on the other side steps up, breaks ranks, and steps over, the rest of us will welcome her with open arms – maybe even, it’s to be hoped, with a Bachiochi Award, named to honor the author of this game-changing book.

Mary Eberstadt holds the Panula Chair at the Catholic Information Center and is a Senior Fellow at the Faith and Reason Institute.

Please note our comments here and here concerning some of Mary’s work.