Articles on exploring and building worldviews
Blog

360° | Religion(s)
The Secularization Thesis: Is It Dead? 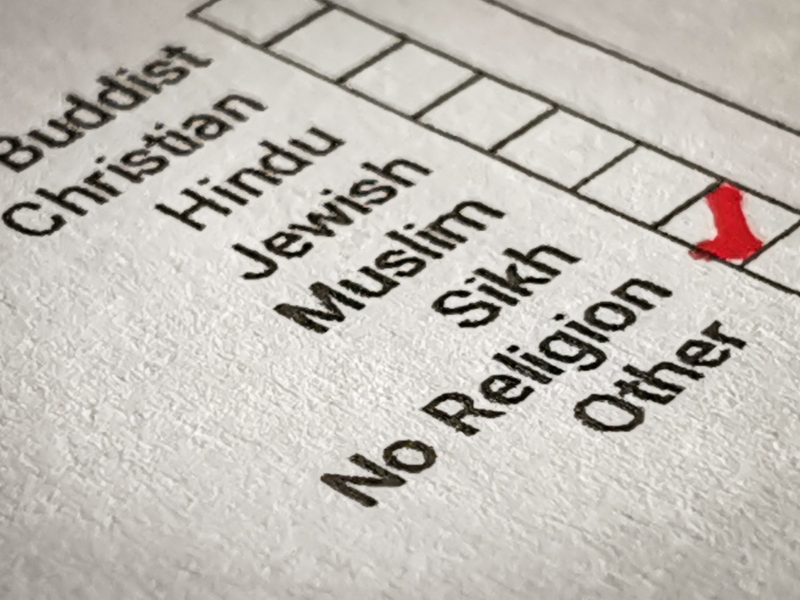 Praxis Circle interviews cover a range of worldview topics ranging from politics, philosophy, religion, and beyond. Below are some clips and transcripts featuring our Contributors discussing an important worldview topic: the secularization thesis.  As a disclaimer, the opinions in these clips do not necessary reflect the opinions of Praxis Circle and should simply be considered food for thought.

What is the secularization thesis?

Secularization is an interesting question, I was actually talking to people about this the other day. In the 1960s and ’70s, the general view of many scholars was that within a generation or two, you wouldn’t see much in the way of formal institutional religions operative, at least in the so-called developed West. Everyone was on a trajectory to Holland in some sense, that was the idea.

It seems to be the case that in by about the 1990s, the foremost theorist of this view, most famously Peter Berger actually said we were just completely wrong. In fact, secularization is not happening, either at the personal level of individual belief or at the institutional level of church and other religious organizations presence in the public world.

And the reasons for this are complicated, but they have a lot to do with demographics. That it seems to be the case that as people lose their religiosity, they don’t have quite as many babies. And so you reproduce at a lower rate and that’s going to change the population of the world, it’s demographic structure. That’s an interesting thought, and I don’t know if that’s a temporary thing or if it’s a longer term thing.

But I like to point out to my more resolutely secularist colleagues of whom I have a few, that the world that we live in now is probably the most secular world that they will live in for the rest of their lives. And that might mean that instead of just holding your breath and hoping for these religious people and religious organizations to go away, you might actually want to take a breath and try to talk to some people and figure out what that is.

I think the interesting fact that secularization was trying to get at, and I had a conversation with Peter Berger that made me think he thought this too, was not so much the decline of religion or religious belief, as much as the pluralization of it. That we’re in a world where now in my classes, I will have Muslims, Hindus, 18 different kinds of secularists, 14 different kinds of post Christians, Protestant Evangelical Christians of a Calvinist variety, Lutherans, Episcopalians, Roman Catholics, Baptists, American Baptist, Southern Baptists, multiple varieties of Jewish students.

And the kind of diversity that we have, even in our student body at UVA is I think the future. And that’s a simultaneously complicated future, but also one that I think of as incredibly exhilarating, because the possibility of having actual people of deep faith of these traditions and of non-religious traditions able to learn to talk to each other. That’s a kind of capacity that I don’t think our species has had since at least a Tower of Babel. And that’s exciting for me, exhilarating thought.

Is religion increasing or decreasing worldwide?

I think the history of religion in the world today is very interesting, partly because it’s so regional. In most of Europe, the world is becoming secularized so that in England or France, you go into a large cathedral, fantastic, you can’t believe the beauty, and there are 12 people in there worshiping for Sunday morning. Whereas in parts of America, you have mega churches.

And so I don’t think that necessarily the world is becoming secularized. I think parts of the world are becoming more religious and even in America, there are more agnostic and atheists than ever, but also, the mega churches are growing. What’s the interesting phenomenon in America, I think, is that over the past 50 years, the greatest growth have been in the conservative churches and the loss has been in mainly the liberal, mainline churches. And the very simple explanation for that, the most simple explanation for that is that the liberal churches believe in asking questions and the very conservative churches believe in giving answers and people prefer certitude to uncertainty. And so, that’s where people are flocking.

No. The book I’m in the middle of right now is titled “The Global Religious Awakening.” The first sentence is, “Perhaps at no time in human history has the world been so religious.” I’m working with data sets collected by Gallup from 163 nations. They’ve been doing a national survey every year in these nations. That’s 97% of the world’s population. 81% of the people on Earth belong to an organized religion. Many of those who do not, nevertheless, report attending religious services. Half the people on Earth report they were at a religious service in the past week. There are only two nations on Earth where there are more than 20% atheists. In most countries, nearly almost all countries, they number under 5%. That doesn’t sound like something that’s going forward.

In fact, Europe is not more secular than it used to be. Europeans don’t go to church very well. They never did. Medieval people were very religious in one sense, but they never went to church. Hardly anybody went to church. When they did, it wasn’t clear that it was in anybody’s benefit to have them there. They misbehaved. They slept, they snored, they played cards. They brought their dogs. It was ridiculous. But the fact is, everybody believed… They believed in saints. They believed in forgiveness. They believed in miracles. They all prayed. They also believed in a lot of magic and a lot of other stuff.

Europeans today don’t go to church either and they never did, as I said, but it’s not true that they don’t believe things. It can look somewhat that way if you use very churchly wording of things. But if you don’t, you find that people are as certainly as religious as they were in medieval times.

As everybody knows, European fertility is way below replacement levels. Replacement level modern situations is 2.1 kids per female. That 0.1 is to replace infant mortality. Below that, your population will shrink. Well, you got a lot of those places where fertility levels of 1.2, 1.3. So if that was to continue, presumably there’ll be a time when there’s no Italians in Italy, no Dutch in Holland.

But there’s a kicker. The church-going Europeans are having plenty of kids. As time goes on, I calculated about five generations, four generations. The majority of Europeans will be religious. That is if their kids continue to go to church like the parents do, or mostly. And the population won’t have died out, it’ll just shift it from non-church goers to church goers, purely from fertility, which is pretty funny. But as for a secularization, there are aspects of it. We’re having to deal with the fact that religious freedom in this country is a real problem. I mean, we’re not supposed to ever say “Merry Christmas” to anybody. The fact that data show that a third of the American-Jewish families put up a Christmas tree, we’re still not supposed to say “Merry Christmas” to one another. This is crazy. But anyway.

Well, I don’t have a transcendent point of view of my own. But I do believe that the pace of secularization was slowed down significantly with the halt of the Soviet Union and the end of the Cold War. I was brought up as a Cold War baby. I grew up in that atmosphere of the nuclear deterrence and so forth. And when it stopped, I mean… The prediction was that religion would go away after a while. There’d be a free and classless society, according to Marx, and a withering away of the state. Well, none of that happened. And in confrontation with the US, in a Cold War fashion, when that form of championing of secularism stopped, and all of a sudden you open a door and there’s all this faith in the former Soviet Union, it’s all over the place. It had been all over the place. It was just under wraps. It let it loose again.

I was in Cuba this year, and I asked the question about what percentage of the population attends church to a professor from University of Havana. And she said about 8% to 10%. I said, “Well, I saw pictures of the pope and his visit here, and it was throngs of people surrounding him.” She said, “Oh, well that was the pope.” I said, “What’s the difference?” She said… Basically, she was old enough to have believed that the revolution and its tenets were going to work out. And on that score, she saw the withering away of religion. But when the pope came, it showed just where the people were. So it was not computing, in other words, the contact points were not making it.

So I would say that secularization has slowed down dramatically. There is an unleashing of religious spirit around the world. Some of it is frightening, in the more extreme fundamentalist forms in many cultures, but also it’s heartening to see that people are actually wanting to know more about this spiritual beyond or depth experience of life. And they’re asking questions. The people with the answers, the ready answers, tend to be more on the more conservative end. And they have really made contact with this hunger. And if you look at the conservative churches growing, there are people who are going to get answers to life’s biggest questions.

So it behooves the mainstream church to see which way the society’s going and trying to tap into where the questions are, rather than hoping that when you open the door to the church, that people will flood in to ask those questions. So it’s a long answer to a question about secularization, but I do believe it is slowed significantly.

What does this mean for the secularization thesis?

Yes. I would agree. The secularization thesis, I think, is dead. I don’t know if, well, I’ll just say this, so Berger when he wrote “The Sacred Canopy,” the whole premise of that book is that we were gravitating toward a completely secular society, and that secular society would function in the same way that the sacred canopy does, you know, in earlier traditions. Subsequent to that, he basically said, “I was wrong.”

So, there was the expectation among lots of social scientists that religion would eventually disappear. This is kind of the modernist sort of belief. And clearly, it’s not. There’s still this quest for understanding something that transcends our existence, experience in the here and now. I think that will persist.