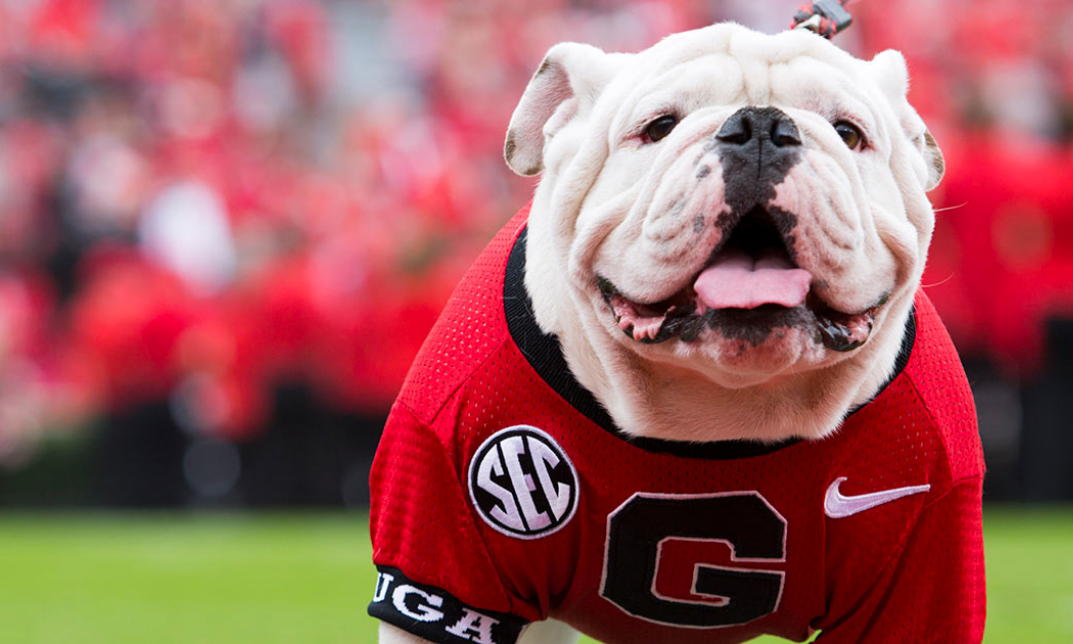 On January 13, 2020 we published a post in honor of the NCAA Championship Football Game between Clemson University and Louisiana State University, entitled We’re TIGERS Tonight. It was easy then because both Clemson and LSU have a tiger mascot.

Not so easy given tonight’s championship game between Alabama and Georgia. In fact, we must chose without contradiction or equivocation.

As a result, in the spirit of truth (the subject of this post), we choose the Dawgs. At the end of this post we will explain why (in part), but we want you to know now we’re not picking Georgia because they’re favored.

In any case, again, back on January 13, 2020, we featured a Trinity Forum conversation between Robert George, a Princeton University professor (also a tiger), whom we just interviewed last year on November 29, and his Princeton colleague, Cornell West. We did so to support healthy competition and teamwork and to highlight “the theme that the George-West friendship is founded on Christian faith dedicated to the dignity of every individual and inspired by a belief in truth.”

These are Praxis Circle first principles, and we hope to honor them in the work we do.

This afternoon, again we honor the NCAA Championship Football Game tonight between the University of Alabama and the University of Georgia (8:00 PM ET). This time we are dedicating our Game Day post to the role that reason plays in determining truth, worldviews, and human events.

Since earliest times, people have recognized how reality operates like warfare to determine “winners and losers,” based on human adjudication of truth or falsehood. We use reason to determine options, choose courses of action, adjust on the fly, and evaluate consequences on an ongoing basis. This is what praxis does, and it’s what will happen tonight at the coach and player levels between Bama and the Dogs, start-to-finish.

However, outside of football, we are at our best when we use truth in the real world to achieve “win-win” scenarios when we can, rather than “win-lose.” We should strive to fashion our wins for the common good of the relevant group, and there’s significant evidence that humanity has been making much progress here in recent centuries.

In any case, truth is a team game, though it certainly exists outside any single person or team.

In addition to the National Championship contest, we honor three women today who are lovers of truth. I would even go so far to say they are “Wonder Women”: Nancy Pearcey, Mary Eberstadt, and Maria Jones.

We completed our Road to Reason Series in December, stressing that everyone should determine what role truth, logic, and reason will play in their life and worldview.

In her excellent book, Finding Truth: 5 Principles for Unmasking Atheism, Secularism, and Other God Substitutes (2015), our first Wonder Woman, Nancy Pearcey, says “Humans cannot help functioning as though the external world is real and our knowledge of it is basically reliable . . . the only way worldview can build its own case is by using reason. Thus when it discredits reason, it undercuts its own case. It is self-defeating.” (pages 169 and 182)

If you are a Christian, Jew, or human secularist (who appreciates the Western tradition) and you really want just one, simple book that will not only explain the worldview problems we have in America today, but will also help you navigate them, Nancy’s Finding Truth is it.

We will be coming back to Nancy over and over in the future.

Our second Wonder Woman is Mary Eberstadt, an early PC Contributor who has been and will continue to be frequently featured. She is a dedicated Christian, and a true advocate for truth, reason , and justice, if there ever was one.

In this short article’s first paragraph, Mary brings attention to what we call the ongoing battle between the Creator God and the Man God Story:

Solzhenitsyn famously defined the principal trait of the twentieth century in four words: “Men have forgotten God.” So far, the twenty-first century might be summarized in six: Men are at war with God. Awakened from agnostic slumber by new forms of temptation, chiefly the sexual revolution, humanity is at war with God over a question that reaches back to the beginning of time: Who, exactly, should have the power over creation?

In the article, Mary quickly explains how we are destroying our families and much of our social order’s good, including our educational and religious institutions. She has dedicated much of her life’s work to these problems, and she and many others are making significant headway. We anticipate many more good developments in these areas in the future.

We commend this article to you (linked above).

Finally, I would like to mention our third Wonder Woman, my colleague, Maria Jones. Maria has been our #2 at Praxis Circle since late 2015. Needless to say, no Maria Jones, no Praxis Circle. She is amazing.

And her standing today as Wonder Woman is even superior to that of both Nancy Pearcey and Mary Eberstadt combined. How?

Well, other than getting PC where it needs to be, her husband’s grandfather, the great grandfather of her three now adult children, is Wally Butts, famous head coach of the University of Georgia’s football team from 1939 to 1960. Coach Butts was a legend in his own time. (In addition, Maria’s father-in-law was Frank Jones, the University of Richmond’s notable head football coach in the 1960’s and 1970’s.)

Now, you can understand what’s kept us in line. It’s all “between the hedges” for the good guys.

So, who let the dogs out?

This will be the sixth time out of the last seven that an SEC school will be winning the national football collegiate championship  While not normally wanting to take sides in such a notable Southeastern Conference game, we can say that usually we favor the underdog.

However, in this case, we better go with the Dawg’s themselves. There’s no easy way out for the Tide at this point.

We look forward to finding out who the best team truly is, starting at 8:00 tonight. Good luck to both!