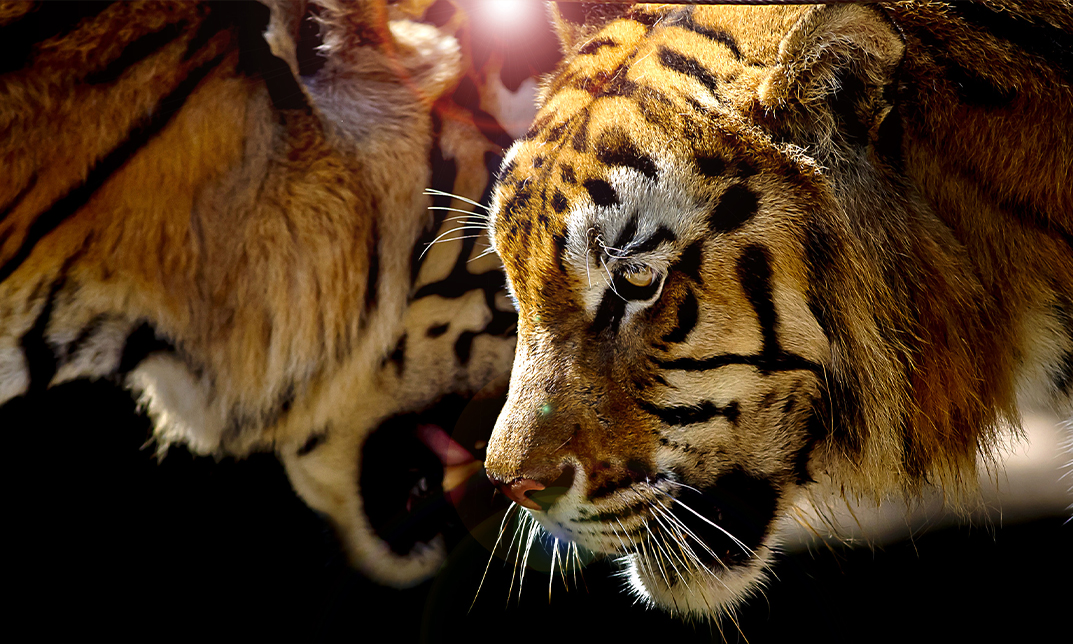 Tonight’s TV ratings will be dominated by the NCAA Football Championship Football Game  (8:00 PM ET) between Clemson University and Louisiana State University, both with tiger mascots. In 1998 the NCAA championship football game instantly became a revered American tradition. (The four-team playoff began in 2014.)

Of course, tonight’s players are among the best in America; they’re in the prime of their youthful athletic lives and have dedicated much of their time to achieving excellence in a form of simulated warfare.

Similarly, Alexander the Great  (356 – 323 BC) was in the prime of his life when he conquered much of the known world with Macedonia’s phalanx and cavalry. His legendary campaigns outside the Greek world occurred between ages 20 and 30 (336 – 326 BC), and, ironically, he died of disease at age 32, rather than on the battlefield.

Today, however, most certainly, such adventurous militarism is a terrible idea for a whole host of reasons, except when necessary to protect and defend the nation and possibly the weak or innocent in other parts of the world, as our leadership deems possible and prudent.

Nonetheless, as in Alexander’s day and as most would agree today, military valor and skills must be kept alive, and that’s why the vast majority of Americans are so grateful to our military forces. (BTW, an interesting question for worldview fans is: What about human existence makes armies, police, and wars necessary? Honest and learned opinions vary here all over the map.)

In any case, in honor of tonight’s football event (some of us at Praxis Circle are serious sport fans), we feature at top a long “conversation” sponsored by the Trinity Forum (TTF, located in Washington, DC) near the end of last year (12-9-19), involving well-known academics Robert George (a Princeton University professor) and Cornel West (Harvard University).

Well, as you probably know, Robert George and Cornel West  are political opposites, known in the media as the Odd Couple – George normally associated with the Right and West the Left – who’ve become the best of friends over the years since they first worked together at Princeton.

In fact, given the level of extreme polarization in American politics and life today, their friendship might seem a miracle, no less than Alexander’s defeat of Darius the Great at the Battle of Gaugamela in 331 BC (like many of Alexander’s other spectacular victories and exploits).

But that’s not the connection between the TTF conversation and tonight’s big NCAA game; this is:

The George-West dialogue is a wonderful statement about how persons can still be friends while also being at odds with deep differences. They describe what they think it takes. The parallel with football is that ideas compete in the free market of thoughts dialectically much like football teams do on the gridiron. George and West seem to be describing how to compete like tigers in the intellectual arena, which demands serious listening, engagement, and response, while not losing the ability to love each other. No fooling. To love each other. Their emphasis is much like the Clemson and LSU coaches who emphasize the toughest form of competition alongside genuine sportsmanship.

We hope you’ll give the George-West Conversation as much time as you have available. We could not attend the event held in Nashville and originally intended just to skim the video, but we were drawn in and gave it a full view.

The suggested coordinates under the video above include Cherie Harder Spigelmire’s (the Trinity Forum’s Executive Director’s) introduction. From personal experience, we can assure you that Cherie is one of the world’s truly gifted hosts and introducers.

Moreover, in light of this recent monologue, we suggest Cherie apply immediately for Ricky Gervais’ job at the Golden Globe Awards, knowing there’s surely an opening.

Beyond this, our last pitch here for TTF involves a recommendation to sign up for their excellent daily email at the bottom of their home page.

Each day TTF scans the digital press for 3-4 great articles relating to theology, philosophy, religion, culture, politics, economics, or social issues and sends out links with excellent short summaries. Hard to believe, but their selections are truly fair and balanced. We love it because many of the featured articles regularly speak to worldview issues. So, if you’re interested in worldview, you must sign up!

But don’t listen to us: David Brooks has said that if he could get only one feed a day, it would be this one.

In conclusion, we have a few more comments below about worldview, warfare, football, and competition, but we suggest you move on to more much more thrilling prospects at hand like the NCAA Championship Football Game or TTF’s George-West Conversation.

In warfare, the goal is to get the other side to surrender, usually involving death and destruction.

In football, the idea is to score more points than the other side during the time limit involved. In business and education, the idea is not so much to beat the other side, but to compete for the attention of other key human beings often called customers in the business context or teachers in the educational context. (Ok, if a sale or the highest grade in the class is your goal, then it’s “to beat” the competition.)

In any case, most agree that football simulates armed conflict better than most other sports with its constant information gathering at all levels, strategy, tactics, trench fighting, aerial assaults, power plays, deceptive maneuvers, and even Hail Mary’s – with a very large component of good and bad Fortuna deciding many contests.

Such is “the thrill of victory and the agony of defeat.”

Of course, the other American team sports mentioned above – basketball, baseball, and lacrosse – also have those elements and situations presented, but, in each case, it’s tougher to control the ball during play and orchestrate “plays” in general, certainly not with football’s intricacy  – and none of those sports (with the possible exception of lacrosse) employ the same level of force and violence.

Indeed, this is why many who detest violence in any form detest football; on balance, however, Americans admire the courage, skill, strategy, and sportsmanship involved in American football as will be demonstrated tonight by players and coaches in the Clemson – LSU game.

Our posts have touched indirectly on some of the ways thinking about football can help with worldview thinking inside the Praxis Circle.

What types of human beings or “animals” are we that enjoy this and even find such games necessary? How and why do we create cultures and systems  to make our world a better place, and where should we place our emphasis in a world of limited time and resources?

So, do we need to train ourselves through imagination and play for times when the “real world” forces us to engage in contests involving wins & losses with immense consequences? Do we need to learn how to enter the arena with real fear and still perform at the highest level with the world watching?

As far as Praxis Circle is concerned, if you’re a football fan, we hope you’ll enjoy the big game tonight, and may your team and/or the best team win.

No doubt, these are amazing and gifted young men of high character who’ve mastered their art and are being taught by some of the best leaders in the sport.

Furthermore, we hope that anyone interested in participating in the Praxis Circle as 2020 progresses will give Dr. George and Dr. West some serious time. In fact, that TTF conversation just might become required viewing for those getting involved.

Though being a Christian is certainly not necessary, we think the George-West friendship is founded on Christian faith dedicated to the dignity of every individual and inspired by a belief in truth.

And at last (we’ve been waiting to say this): GO TIGERS!