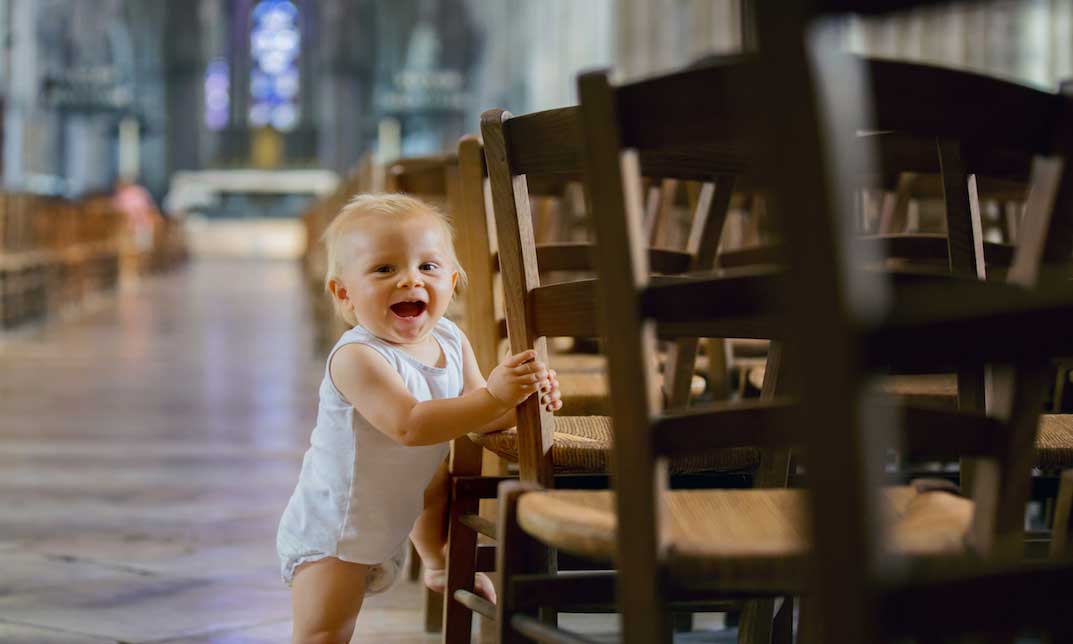 “Beware lest any man spoil you through philosophy and vain deceit, after the tradition of men, after the rudiments of the world . . .”

Now that sounds like a pretty strong warning to be cautious with worldview study.

And given that the man quoted here was arguably the second most important man in Western history, it’s proof positive that worldview study can be extremely controversial.

There’s irony here, too, because the man quoted above was also one of the great theologians and philosophers of all time, Saul of Tarsus or St. Paul. (Colossians 2:8)

(We’ve heard it said that all theologians are philosophers, it’s just that they apply their experience and philosophy to matters concerning divine revelation. Indeed, some historians argue that ancient man didn’t see much distinction at all, like we do today, between theology, philosophy, politics, and science and the “social sciences,” in general.)

We feature Mary Eberstadt’s video above because it suggests the “dangers” of worldview study in Western history since the Reformation, particularly over the last 200 years.

Her comments relate to the current state of “Mainline Churches” in the U.S. and some of the basic reasons for their decline in membership since the 1960’s, which she’s uncovered through her extensive study.

Christians everywhere are aware of the issue, and, while the vast majority of Americans remain Christian and while Christianity seems to be growing rapidly worldwide, as ever, it’s struggling for a whole host of reasons in many of its traditional “home territories.”

What’s worse, many are even starting to talk about a “Post-Christian America.” (FYI, another one of Mary’s particular interests.)

Mary Eberstadt is a Senior Research Fellow at the Faith and Reason Institute in Washington, DC. She’s an essayist, novelist, and author of several non-fiction books, and her writing has appeared in many national publications.

While familiar with all of her books and many key articles, we went to Mary because of the way she wrote about the problem of Mainline Churches in How the West Really Lost God (2013). She attributes the decline in institutional religion in the U.S. to a decline in the family, not the generally accepted reason: a shrinking religion vector destroying families. In other words, Mary says we have it reversed. While we’ve always known that child bearing has immense influence on women, she found that males, in particular, have experiences with having children that turn them strongly toward religion.

In any case, somehow the way she spoke about these issues rang true to us and our personal experiences.

Mary is extremely articulate, and she has a wonderful way of talking about tough social and moral issues that concern most women and men today.

And she always does her homework . . .

But before moving directly to the Q (question) of the day, we should note that perhaps what Mary also describes in this particular video as causes for decline in Mainline Churches is disconnected worldview presentation over a long period from the pulpit, helping to produce “bad” culture in the pews, adverse to growing congregations.

Indeed, many churches today are trying to come to grips with these critical issues.

In the last post, we offered four reasons, why worldview study is controversial, and we’ll expand on those basic reasons below without a lot of comment, starting with Reason #5. (Finally, please be reminded that these are all claims people commonly make, not necessarily ones we believe are true):

5.  Worldview study is subversive: It destroys confidence in foundations of human existence and society.

6. It makes your core beliefs potentially a lot less special and meaningful.

7.  It makes creating community in life more difficult, if not impossible.

8.  It destroys the foundations of Truth, Goodness, and Beauty.

9.  It’s a relatively new, dark science that destroys the foundations of American and Western society, in particular.

10. If you have near-term human needs, generally agreed to be pervasive in human society, WORLDVIEW STUDY WILL NOT MEET YOUR NEEDS – au contraire, such study will exacerbate the problems that humans regularly go to family, friends, churches, and counselors to solve.

11. Once you cross the worldview line, you cannot go back – there’s no Worldview Anonymous Group out there with 12 Steps that can save worldview thinkers. You will be toast.

(Praxis Circle particularly resents #11 and vows to defeat the claim.)

12. It creates complete epistemic doubt; we can’t even rely on facts and science; this makes faith and trust an absolute necessity, not a choice.

[See! We told you so. You’re getting a glimpse now of the “paradox of worldview study”: It creates infinite choices (see Reason #4 in our last post) and no choices whatsoever, all at the same time. It violates the Iron Law (thank you, Karl Marx) of Non-Contradiction: Infinite Choices cannot equal No Choices.

As a result, we will not dignify this “issue” or paradox by giving it a number, thus a real presence, in our list of 13 Reasons.

Now, as an aside, to throw a stick in the spokes, see if you can find the logical fallacy in this paradox. Some like Marx believe reason can solve them all.]

13. At this point, we believe Praxis Circle has proven its case; in other words, our case arguing that worldview study is controversial now rests. Without a doubt, it is very controversial, and you should proceed with extreme caution.

In conclusion, we will repeat Reason #4 as Reason #13 above: Worldview study can mess you up bad, and many feel it’s already done so to Western Civ.

There. Now you’ve been warned a la commercial TV’s new-style absurdly long prescription drug warnings, and you can take your meds assuming all of the known risks completely for yourself.

And we here in the office can rest easily with a completely clean conscience.

Returning to where we began, Praxis Circle recognizes that Paul was right: Worldview study could become, if pursued without reasonable balance (called prudence) with two feet planted on the ground, a major cause of many of problems, including rage; in fact, America’s experiencing it today.

However, as we’ll explain next time in the first of our last introductory Circling posts on worldview study, we also believe that the Praxis mission offers much to Americans and other Westerners in our efforts to find solutions and spread the good of what we have to offer to the rest of the world.

One pirate to another: We worked our way into this mess; now let’s find our way out.