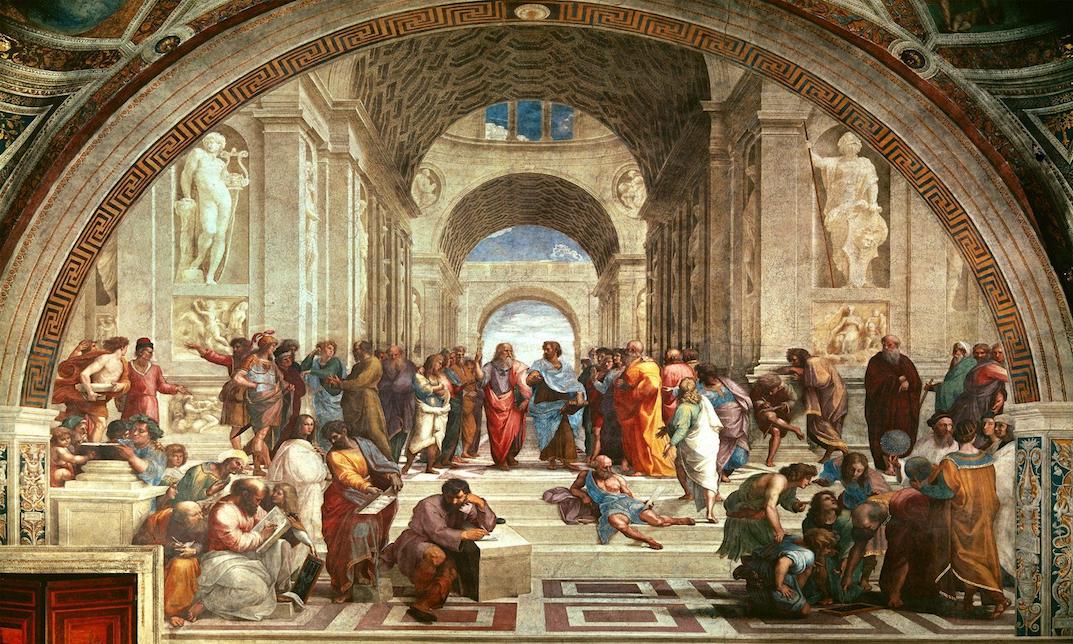 Our Member Contributor, Frank Hill, featured in the video clip above is an experienced political consultant, journalist, and Director of the Institute of Public Trust (in Raleigh, NC). In the clip, he talks about how he was challenged in college to think about what’s important in life and which direction to take with his own life. The “crisis of faith” he faced his junior year in college altered his life’s direction.

One’s college years and experiences almost always present serious challenges in part from exposure to worldviews very different from one’s own (not to mention way too much fun, too many distractions, yada, yada . . . to be continued in future posts).

In discussing his own early dilemmas, Frank quotes Socrates’ often mentioned insight, “The unexamined life is not worth living,” as described by Plato in his account of the trial of Socrates (399 B.C.).

Of course, Socrates deserves as much credit as anyone in history for getting the examination of life’s most important questions going full bore in what’s now considered “The West” today.

As you’ll recall from Western Civ-type courses like those Frank was taking in the 1970’s, though Socrates certainly prized his own life, his self-examination and search for the truth had a tragic ending at his trial’s end when he accepted his home polis’ (Athens’) verdict: death. Socrates drinking hemlock is often celebrated as a prime example of existentialist martyrdom.

In Socrates’s own mind, according to Plato, the “examined life” produced reverence of and loyalty to the laws of his homeland, Athens, which made it impossible for him to dismiss the verdict that many contemporaries knew was unfair, when the story dictates he could have easily escaped, with many hometown friends hoping that he would.

Well, before addressing Why study worldview?, we think it important first to question Socrates on his famous point about examined lives. Our experience is that many human lives are well-lived and fabulously worthwhile, while not being particularly “examined” (at least not in the “worldview” sense of emphasizing large quantities of academic knowledge pursuing key arts & sciences disciplines).

Mankind predated the Western university for thousands of years with a whole history of millions of valuable lives, we suspect, and, indeed, Roscoe Brumback’s interview featured in our last post echoes this sentiment loud and clear; we featured that clip because we suspect his comments are representative of most Americans who don’t think at all about worldview.

While certainly worldview awareness and study is not necessary for a beautiful and fulfilled life (quite the contrary), we would argue that worldview study is extremely helpful to any person or group who undertakes the challenge of our secular world, which is filled at every turn with technology, mass communication, and media influences.

In fact, we’ll argue that there’s no other peaceful way around worldview analysis in order to solve many of the serious challenges facing us on Thomas Friedman’s flattened globe (The World is Flat: A Brief History of the 21stCentury, 2005). Worldview study is vital on both the personal and community levels, and it offers one of the few pathways, absent force, toward much needed consensus in our current, highly fragmented condition.

Before moving ahead, let’s first back up a couple of steps one more time and do another brief review of worldview thinking itself from another angle. We introduced various worldview definitions in Circling Post 3, Post 4, and Post 5.

It’s obvious children absorb certain beliefs from their parents or culture that they often, today, at least, examine later in life, when these beliefs are either freely chosen or accepted, adjusted, or rejected for something else. Frank describes this process experienced first in college, and, you’ll see,if you watch his full interview, his junior year was just the start of changing perspectives!

At every stage of our development, worldview beliefs can be broken down into at least three categories: core beliefs, negotiable beliefs, and peripheral beliefs. We can think of these three sets of beliefs as existing in concentric circles with core beliefs being in the middle and with one’s belief intensity declining toward the periphery.

Every person today has his or her own set of unique beliefs (at least in combination), and each person’s so-called worldview is likely rooted in one’s subjective experience of family, culture, and personal exposure. The beliefs closer to the concentric circles’periphery are the ones more easily adjusted.

As mentioned previously, worldview beliefs can be either conscious or subconscious, and, they exist in one of three ways (or in combination): (1) presupposition (truth exists, pleasure is good, murder is bad, etc.), (2) narrative (story), or (3) ideology (a group of claims often related and covering broad categories of life). Human beings “walk the earth” in space and time carrying their worldviews and interact with other people who might have similar views or ones in direct, sometimes hostile conflict.

We argued in Circling Post 6 that humans are different from animals in their degree of consciousness (among other attributes) constituted in large part by their worldview. We listed a series of claims to highlight the importance of elementary reasoning (some would call it philosophy) needed in pursuing worldview analysis.

So, let’s review another series of worldview propositions to highlight some of the most basic issues again (before we even get to politics, economics, or social issues and recognizing – see below – that God can be thought of in the singular or plural, with quite different consequences):

6) Materiality is all there is (or not),

8) You and others are sufficiently good (or not),

9) Your life and behavior is meaningful (or not),

10) Our answers to these questions influence how society organizes and is governed (or not).

[As an aside, ask yourself how mankind’s known answers to these key 10 questions has changed over time, how such answers have determined where America is now, and how they (answers) and it (America) might change in the future. If you do, you’ll be engaging in what PC will explore as part of its formal “mission.”]

Each of these claims is central to various worldviews found around the globe, and each is held in large numbers. (And BTW, Frank Hill, our featured Member Contributor this week, is extremely interested in the 10thquestion, among others.)

Also, from a glance at these claims, it’s clear the variety and extent of possible combinations quickly becomes endless. In other words, right off the bat, there are dozens of permutations given each claim and it’s “not case,” without even getting to anything whatsoever about all of the rest of what we call human life (love, happiness, community, pleasure, pain, etc.) or the nearly endless solutions (call them behavior patterns) human beings have designed to implement such beliefs in their lives (with reference to Frank’s Question 10, as only one example: monarchy, dictatorship, oligarchy, aristocracy, democracy, republic, communism, accepted anarchy, marriage, church, C Corps – you get the point).

Stated another way, we immediately see in those claims above issues of reasoning or logic, presupposition, definition (what is the meaning of key terms above like god, truth, materiality, morality, etc.), fact, faith, narrative, ideology; these issues entail both inductive and deductive reasoning, as well as pure and practical reasoning. They also involve all other aspects of being human we can think of suggested already, such as senses and sensations, feelings, pleasures and pains, various states of being and mind, and most dreaded of all to the unromantic – emotions and passions.

So, it’s fairly easy to conclude today that much of our social conflict is between human beings as individuals and groups with different worldviews, which is what brings all of these factors together into one or more minds.

In other words, if you’re thinking about important life issues today, you’re likely thinking about worldview issues, challenges, conflicts, problems, answers, solutions, goals, etc. And if worldview is as pervasive as we claim, you might want to read Part II of III next week. There we’ll offer in a shorter post our own 13 reasons (in list fashion) why studying worldview might really help.

(FYI, any other ideas you might have are welcome, too.)