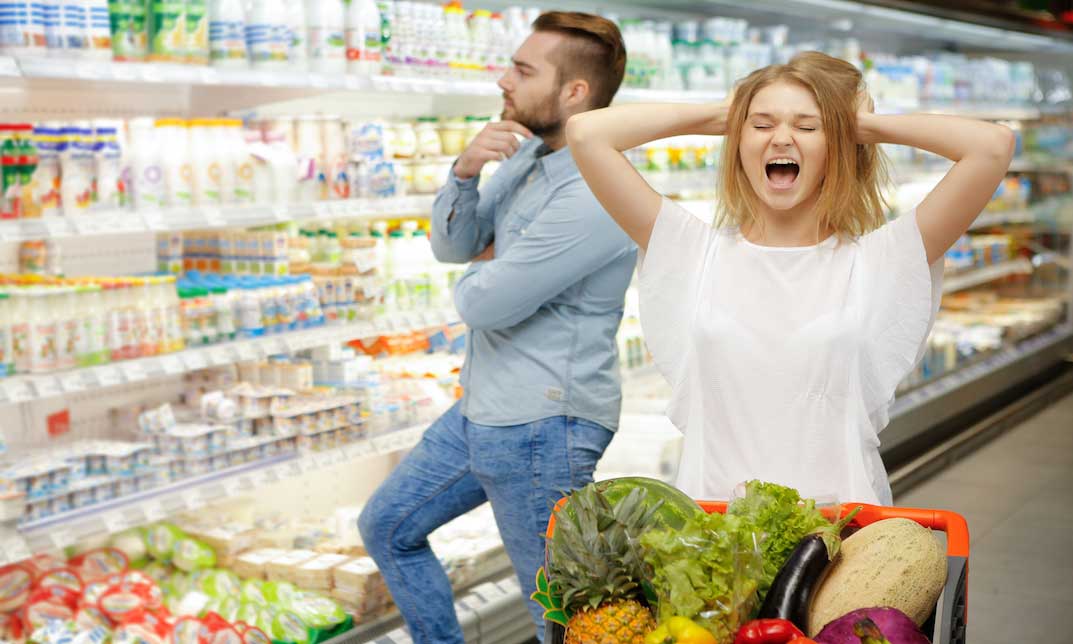 In the video featured above, Ladelle McWhorter describes in a humorous way how the problem of rage can develop for just about anyone today when standing quietly, thoughtfully, and alone in a supermarket aisle, facing the test of picking the right toilet paper.

OMG, we hate it when that happens!

(FYI, we’re being quite serious here.)

Dr. McWhorter is a Praxis Expert Contributor and a Professor in Philosophy – a former head of the department – at the University of Richmond. She’s an expert in postmodernism and has written extensively from that point of view with much background in the work of Michael Foucault. That’s why we sought her input and counsel, and our experience reading her books and interviewing her was delightful. She’s obviously a dedicated teacher, caring person, and thoughtful observer of our world today in the U.S.

Victor Davis Hanson highlights the heightened frustration in daily life Dr. McWhorter describes in an article entitled The Origins of Our Second Civil War. The primary factors causing rage he describes are globalization, high tech, the campus (his ideological opponents would counter here with the uneducated or poor education), illegal immigration (his opponents would argue oppression and imperialism), and the Obama Project (his opponents would say the Trump Project).

In the end, Dr. Hanson asks the question: What might bring the United States together again?

He offers a more objective, less political presentation here in Are We on the Verge of Civil War?

And next is an op-ed of a political nature similar to Hanson’s first article above by Thomas Friedman, The American Civil War, Part II.

We recently distributed a Q and D post linking David Brooks’ article about the current American Civil Cultural War entitled “The Rich White Civil War: A Smarter Look at America’s Divide.” Mr. Brooks sees the war as a function of the high education and wealth levels that create diametrically opposed worldviews of a small minority, along with insufficient worldviews in the majority to counter them.

(Another query: Which camp are you in? We’re in none of the above. 🙂 )

For certain, people are feeling rage everywhere around America, and what’s so strange is that America’s probably never been more prosperous and free.

Hard to believe, but an increasing number of Americans today are openly suggesting that certain states disregard federal and state laws, the U.S. Constitution, and even secede from the Union (as the New England states threatened to do in 1814-15 and as the Southern States, of course, did in 1861).

And what might Frederick Douglass, the face of Emancipation during our first real civil war (some say the American Revolution was our actual first), perhaps, say about all of this today to those looking for special treatment? (Well, let’s quote him):

Everybody has asked the question, . . . , “What shall we do with the Negro?” I have but one answer from the beginning. Do nothing with us! Your doing with us has already played the mischief with us. Do nothing with us! If the apples will not remain on the tree of their own strength, if they are wormeaten at the core, if they are early ripe and disposed to fall, let them fall! I am not for tying and fastening them on the tree in any way, except by nature’s plan, and if they will not stay there, let them fall . . . Let them fall if they cannot stand alone! If the Negro cannot live by the line of eternal justice, . . . , the fault will not be yours, it will be his who made the Negro, and established the line of his government. [Applause] Let him live or die by that. If you will only untie his hands, and give him a chance, I think he will live.

[Excerpted from Douglass’ speech to the Massachusetts Anti-Slavery Society in April 1865, when he was arguing for the African-American to have the vote after the war, recognizing that white women didn’t have it yet either.]

Is freedom all that’s necessary in America?

Many of us remember the 1960’s well, and feel that the reasons for civil disagreement and violence then (given the Vietnam War and basic Civil Rights still undelivererd to some since Douglass’ time) were a lot greater than they are today. (But those are just opinions.)

It’s often said that you can have order, but not at the same time with full democracy and freedom. Freedom is way too messy in democracy without virtuous citizens. Perhaps excessive freedom and prosperity have finally pushed the country over the edge.

As a result, under these conditions, thinking about a Second Civil War becomes quite possible.

“Screw you, America,” and “Don’t let the door hit you in the ass, Rebel States.”

Praxis Circle submits that what Americans are experiencing is worldview disconnection, incongruence, and conflict in many varieties (combined with heavy doses of meaninglessness, insufficient judgement and compassion, and conflicting self-interests – coupled with extreme envy, and other highly subversive influences beyond the scope of this post).

I.e., once again, as ever, the basic human fabric is fraying.

Many people argue that any type of creed or ideology is bad, while others submit effective human behavior requires systematic belief or dogma. Even words like dogma or prejudice are inherently good or bad to some, when, in fact, they’re always neutral, needing experience, context, and, yes, of course, worldview to have any impact.

We go out into the public with our own core beliefs and encounter others with the same, similar, different, or even opposite beliefs, and conflict arises that few are looking for and many are surprised by. This is unavoidable and, far more common today than ever before.

Yes, it’s questionable whether any two radically different worldviews can resolve disputes quickly due to often circular reasoning or an apparent lack of independent criteria needed to settle competing views.

However, humans do have common ties and characteristics that result in positive accommodation, adaptation, and even change. In fact, we do this every day. There would be no culture or social institutional systems at all without worldview agreement and its complementary emotional support. Human beings always influence each other. Face-to-face contact and frequent communication can really help.

In the future, we will survey what people are saying about these issues and review ways that worldviews can be compared and evaluated in the light of reason and experience. We will also try to sponsor meaningful communication.

For now, let’s review one last time some of the key reasons why worldview understanding helps, as described in An Introduction to Christian Worldview by Tawa Anderson. (These 7 reasons seem to apply regardless of the worldview one might have.)

2) Aid you in becoming more fully self-aware with all associated benefits,

3) Strengthen your commitment to aspects of your worldview and help you develop a more thorough and robust worldview, which you’ll need to live with confidence and to withstand the severe challenges you’ll face early and often with public encounters in a diverse, hostile world,

4) Place you in a better position to help and teach others whom you care about, so that they can be strengthened and more effective, as well,

5) Help you develop a greater understanding of the people around you with similar and different worldviews,

6) Foster efforts to build bridges, if possible, with those with substantially different worldviews and find avenues for positive agreement while avoiding unnecessary conflict or harm,

7) Help you know God (if applicable) and/or man more truly and fully to further commonly-held virtues, such as love and charity.

Knowing and being able to explain your worldview makes it more defensible and more easily adjusted or changed as a result of free, conscious, and well-reasoned choice than from regrettable accident or painful, often unnecessary coercion.

To be realistic, we again note that that “good or right thinking” frequently does not produce good actions or habits. Such action often results only from changes of the heart out of repeated activity, right feelings or emotions, external circumstances or fortune, or even metamorphosis bordering on the miraculous.

Certainly, if you haven’t bought into our best arguments of why studying worldview is good in the last 3 posts, you’ll be hooked into worldview study as a Praxis Circle Member after our next post.

Why will it hook you?

And, at the end of the day, especially on Halloween: Everybody loves a pirate!