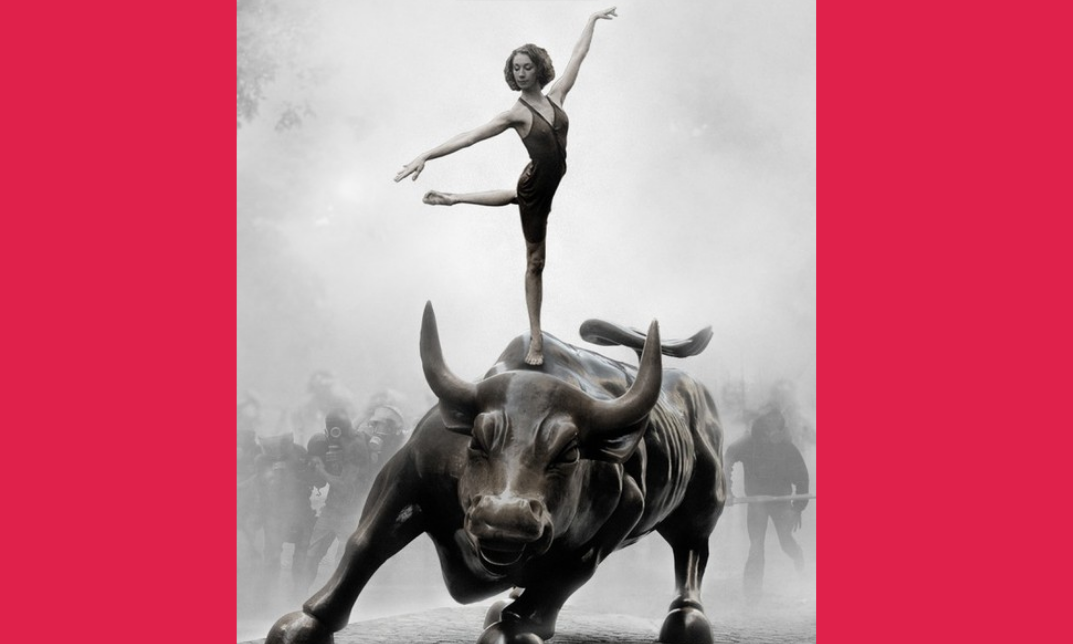 The Best Explanation of Wokeism Yet: See This Link

It makes no sense.

A contradiction? An oxymoron? An elephant flying?

No doubt, in any case, you’ve noticed it: large corporations suddenly becoming very concerned about diversity & equality (many after at least 40-50 years of striving for just that), racism, and voting laws—whether that be through ad campaigns, released statements, or company training and policies.

In a great twist of irony, we find the largest public corporations, who once opposed Occupy Wall Street, deciding now, “If you can’t beat them, join them.” And they’ve done so by joining hands with Wokesters in a publicly-declared global journey toward social justice.

Did you ever think you’d see the day? From Occupy Wall Street (OWS, 2011-2012, the movement declining through 2015) with its famous ballerina-on-the-Bull poster and hashtag to this?

There must be a clear explanation.

Here’s the best one we’ve found so far.

Recently, a Praxis Circle Member sent us a link to the the article above, and we thought it was a great continuation of the conversation started in our last post, where PC Contributor Deirdre McCloskey calls on the Woke to reevaluate their rejection of “capitalism” – the name that is usually used for the West’s economic system and that she dislikes.

In the article above highlighting Vivek Ramaswamy (and the complementary video we added), a self-made multi-millionaire in the biotech industry, Ramasamy explains how this particular phenomenon came to be. In the wake of the Great Recession (2008 – 2011) when skepticism toward capitalism increased dramatically, large public companies found Wokeism an easy way to win over the support of their Far Left critics.

In essence, Mr. Ramaswamy argues, newly Woke large public companies did a deal with the devil; i.e., their Far Left political critics. It went like this: Woke business would support the political efforts of Woke politics in return for the Left’s turning a blind eye to ongoing corporate “issues”—such as completely irresponsible-to-criminal balance sheet management (a Wall Street trading mentality like the one that caused the Great Recession), grossly monopolistic behavior (predatory size and pricing), cut-throat global outsourcing hurting America and constantly shopping emerging nations, and massive global corruption in violation of U.S. laws.

Furthermore, if Woke companies would support Global Climate Change, gargantuan central government, outsized-spending, and universal governance efforts in congruence with the Far Left’s politics and appetites (we shall call them), while canceling any of its opposition in the media, the Left would continue through the media and the educational institutions controlled through government to create messages favorable to both sides in the deal.

This is the argument. It’s a subtle game, Wokeism, but also surprisingly simple.

According to Ramaswamy, in sum, “big business makes money by critiquing itself.” It’s easier to talk about social issues and continue business as usual than to have open debate or address real problems corporations often create, along with all of the rest of us participating in this world’s experience.

Thus, the coalition among many of our wealthiest capitalists and the Left’s anti-capitalists came into being.

As of now, Mr. Ramaswamy’s overview is perhaps the best explanation we’ve found of the Woke phenomenon, which seemed to come from nowhere – in tandem with the George Floyd spark that set off last summer’s violence. The Far Left never wastes a crisis, and Big Business has found religion; or at least a temporary way to get its most severe, persistent critics off its back.

One might ask, why do corporations feel it necessary to join forces with the Woke in the first place? Why do anything at all?

The simple answer is this: We are currently in a culture war, and to stay silent (or to be vocal, if that’s your strategy) puts an increasingly large bullseye on your back that America’s and Europe’s media and public education sectors will target relentlessly.

We all know America politically has moved much further apart over the last 30 years. We are much more divided.

In this insightful article, also recently forwarded by another PC Member, the author shows how the Left and Right have shifted ideologically over that time. It explains that the polarization we see, the compulsion to “take sides,” is due largely to the Left’s more drastic shift leftward than the Right’s shift, if any at all.

The Center Right has tended to stay, maybe, right where the rather sunny Reagan years left it: limited government and freedom, with life found serving families and neighbors.

As shown above, since 1994, the Left has moved three points leftward, while Right has only moved half a point in the opposite direction. The graph illustrates well the Culture Wars we’ve experienced since the 1990’s, which have gotten steadily worse. It shows an increasing ideological gap that’s recently produced Wokeism as a grandchild.

We know different worldviews influence each other significantly, so we wonder whether middle of the curve America would have budged at all without the Left’s radical nature, which appears to involve a fundamental hatred of America, its place in the world, and its history.

While the mutual relationship between Wokeism and corporate America is certainly ironic, it should hardly be surprising—freedom and interest make strange bedfellows wherever human beings are found. Wokesters represent a real and perhaps growing market demanding Woke things, and the corporate market is supplying them. Perhaps the same thing occurred at the turn of the 19th century on the Right, producing Teddy Roosevelt, the trust-busting populists, and America’s early stage socialist movements.

Again, the irony today is that the socialists are in cahoots with the wealthiest capitalists, while, yet again, the regular people are having to deal with a destabilized and often strange reality.

In general, Ramaswamy’s thesis is strongly economic and even Marxist in a Cultural Marxist or Gramscian kind of way, and we usually are not fond of conspiracy theories. However, in this case, we see merit explaining an indignation toward racism and animosity toward police that most don’t see in their everyday lives, while also observing political and corporate corruption almost everywhere we look. Moreover, pure secularists will tend to see trade-offs in material ways that make such tacit bargains happen.

There’s a lot of money at stake in being Woke, and, for now, a good time is being had by all.

We will likely debate Wokeism for the rest of this decade. In the short term, people are taking sides and zeroing in on the best arguments, perceived root causes, and self-interested positions. Certainly, it’s a debate among elites who dislike each other intensely and who are jockeying for influence and money.

In the end, we suppose the People in the middle of the bell curve as illustrated above in brown will decide; those who represent much of the core of regular America outside Wall Street and the largest cities; those who live near or on Main Street USA or in rural regions and of all races and ethnicities and who represent the backbone of America, in contrast to Occupy Wall Street, who self-proclaims it represents 99%.

Either the People will settle it, or else one of these days a severe political, economic, or social reality from inside or outside America will serve up again another extremely painful reminder that utopia means exactly “no place” at all, every single time it’s tried.

“Every great cause begins as a movement, becomes a business, and eventually degenerates into a racket.”