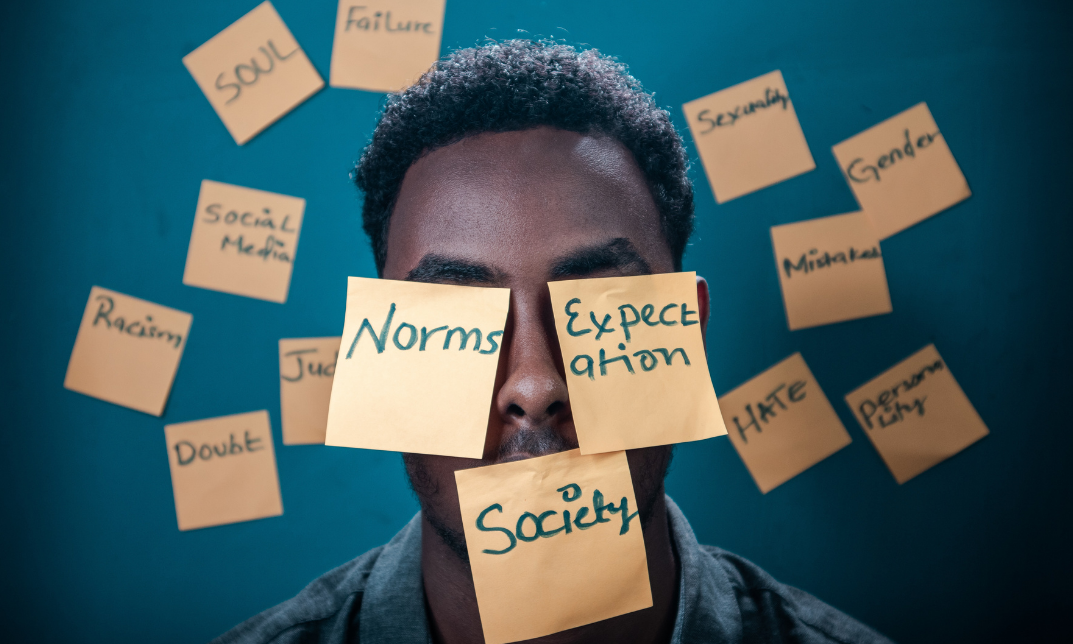 What’s the “woke worldview,” and why won’t it work?

It all comes down to a Praxis Circle buzz word: Marxism.

Now before you accuse us of using Marxism as the proverbial boogeyman for all things worldview, we want you to know that there is good reason for our critique. If we think critically enough (or even a little at all), it is not hard to see that Marxism’s key tenet of group identity rules the philosophy of today—and, as a result, has created some pretty problematic societal divisions.

Marxism and allied elements of postmodernism undergirding the Woke movement hold that society is completely responsible for creating us as persons; that individuals do not matter at all in the long run; and that, nonetheless, certain groups and their members, without recanting, are reprehensible and unworthy of a public presence, and, finally, in certain egregious cases, of even a private one (meaning any life lived in dignity).

Don’t believe us? We’ve brought in Vivek Ramaswamy for backup:

According to this worldview, you are simply a fault line at the intersection of the tectonic plates of group identity. You aren’t really a free agent in the world, but simply a member of your “group” who is supposed to advance your group’s interests. Your race isn’t just the color your skin happens to be. It’s essential to your voice, your ideas, and your identity. This is what woke essentialism is all about: it posits that your genetically inherited attributes are the true essence of who you are.

I reject that narrative, and I think every American should too. I’m not just a man. I’m a proud father, a loyal husband, and a grateful son. I’m not just a person of color. I’m a Hindu, a child of immigrants, an American citizen, and a proud native of Ohio. I’m not just a former CEO, but a scientist and an entrepreneur. I’m the author of my own destiny, sometimes for the better and sometimes for the worse, but always unlimited by what someone else thinks I should be. I’m not defined by any single one of those things. Rather, I am all of those things at once and a great deal more. Each of those identities is part of my personal mosaic—the mosaic that together comprises who I am as an American. That’s what true American pluralism is all about.

In contrast, the woke version of pluralism is to get a bunch of different-looking people together in the same room and celebrate that visible tableau of diversity. But that’s just putting lipstick on essentialism. True pluralism isn’t about celebrating the differences between us as people. It’s about the diversity of identities within each of us—rich mosaics that go beyond the color of our skin or the number of X chromosomes. Pluralism means rising above the narrow demands of woke culture to discover that there’s more to each of us than our immutable characteristics.

The fundamental problem with wokeness isn’t just that it offers the wrong answer to the question of who we are. The deeper problem is that it forecloses the possibility of shared solidarity as Americans. If we see each other as nothing more than the color of our skin, our gender, our sexual orientation, or the number of digits in our bank accounts, then it becomes impossibly difficult to find commonality with those who don’t share those characteristics. Yet if we define ourselves on a plurality of attributes, then we find our path to true solidarity as people.

A Praxis Circle member recommended this book to us, and we couldn’t be more appreciative of what Ramaswamy has to say. As an incredibly successful entrepreneur with an inside perspective on Corporate America, Ramaswamy explains in Woke, Inc. what happens when consumerism and morality mix, resulting in today’s “woke” corporations that profit off of equity training and social justice ad campaigns—what Ramaswamy calls the greatest scam of our time. His examples and analysis are devastating to Woke true believers. To learn more about our thoughts on the premise of his book, check out our recent post called “Woke Capitalism.”

In the quote above, Ramaswamy digs deep into the “woke worldview” and gets to the heart of the issue: “Wokeism” itself not only misguides us by ascribing people worth according to categorical differences, but as a result actually keeps us from uniting together as Americans. As Ramaswamy explains, the “woke” demand for diversity is nothing more than Platonic essentialism—true diversity means “rising above the narrow demands of woke culture to discover that there’s more to each of us than our immutable characteristics.”

Watch a short clip from our interview of Praxis Circle Contributor Dave Brat, where he expounds on this:

We interviewed Dave Brat because he is an accomplished professor of philosophy and economics, now head of a business school at a large university. Brat explains that from a philosophical standpoint, Marxism doesn’t hold together analytically—it lacks the foundation needed to be a systematic worldview, and any post-Marxism thought (i.e. “Wokeism”) comes from the unstable, divisive claim that humanity can be defined by our differences.

Simply put, “woke” cannot, does not, and will not work because it completely misses the mark on what it means to be human.

An important man once said, “I have a dream that my four little children will one day live in a nation where they will not be judged by the color of their skin but by the content of their character.”

To be an American means we recognize our many differences but do not systematically categorize ourselves according to a few surface-level characteristics. MLK lived and died to show us that he was more than just a black man, and Ramaswamy is echoing that same dream for a better America—one that is stronger when we come together in solidarity, empowering each individual to break out of the confines of group identity and pursue a life without limits.

If you’d like more food for thought, try our posts “Cultural Marxism” or “Marxist Family Values” to read more reasons why Marxism is a bad idea. And please keep sending us your best worldview and current event related ideas!