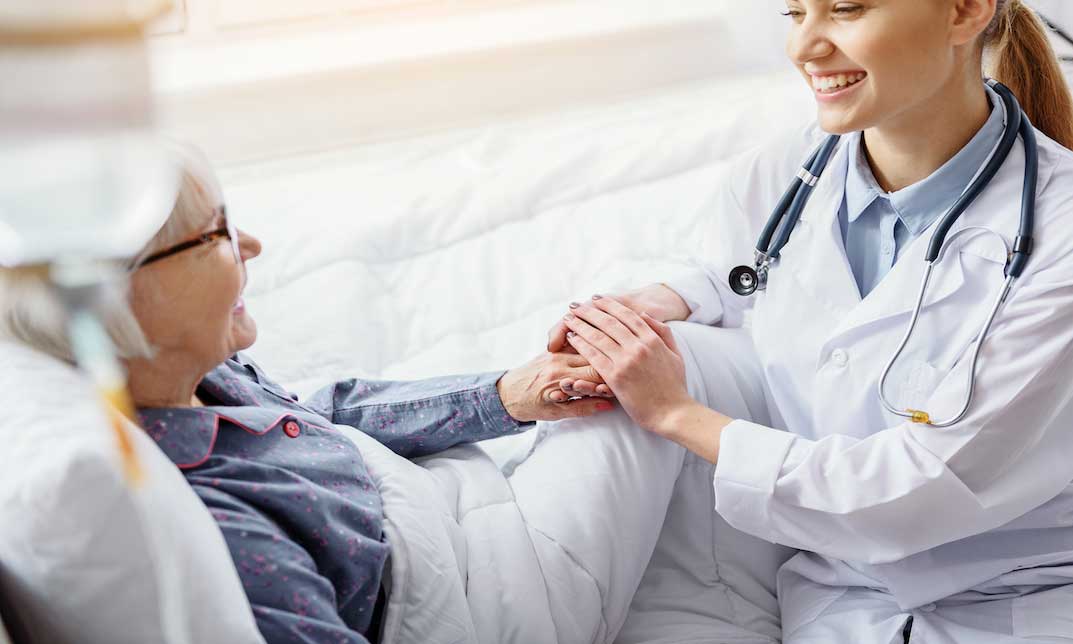 JM-9 Why do most people believe in God?

We take great pleasure in introducing above the PC Expert Contributor with whom we’re most familiar, Dr. John Miller. As you will discover if you become a Member, given our mission to become a community “Building Worldviews,” we love people with last names like Miller and Mason (see Dr. John X. Mason who leads our Courses), because building things are in their blood.

Truth be known: Dr. Miller was our pastor for over 30 years at St. Mary’s Episcopal Church, Goochland County, Virginia, inside Richmond’s beltway on the West side. With reference to his bio linked under the video, you’ll see that John was not your average pastor. In deference to John, however, who’s a very humble man, we’ll just say a few things here.

First, he had the unusual experience of growing up in a household with his father in an iron lung (35 total years, JM-1), as well as part of a split Catholic-Baptist marriage (probably as mixed a marriage as possible before the 1960’s).

As John says in his Interview (JM-3), this explains why he became an Episcopalian when choosing his career path.

Finally, let it be known that John led a unique, beautiful, and historically interesting Episcopal Church during its high growth period when it more than doubled in size, quite contrary to the trend Mainline Churches themselves experienced during the same time. John and the St. Mary’s congregation accomplished this when Richmond was growing rapidly westward and when the competition for membership among area churches was intense. (In fact, it’s probably even stronger today.)

On beautiful days, we often walk through the woods from the PC headquarters here in Goochland County to the St. Mary’s Church grounds, especially when we hear the bells chime, much as peasants centuries ago probably walked through the woods to their cathedral.

And speaking of our last post and of this one, we apologize for their lengths. We promise to improve on this score in the future, especially when we begin the blogs entitled The Journey early in 2019.

To serve up a few excuses for the recent length of our Circling Blogs – we’ve been introducing the worldview concept and laying a foundation of content for future reference. This foundation will make it much easier to accomplish our mission going forward.

Furthermore, as you’ll probably agree by now, the subject of worldview is a big one and tough to introduce in 750 words or less in one calendar quarter (the fall of 2018), given a self-imposed posting limit of approximately one per week.

In our initial posts, we’ve also provided an overview of the PC website and our mission and plans, as well as introduced most of our Expert and Member Contributors.

By the end of this first Circling series next month, we’ll have introduced all of our Experts on the website (12 total), except one very special person whom we’re saving to open The Journey series next year, as well as three of our six Member Contributors.

Just to be clear, we have a policy of keeping secret weapon Contributors in reserve, and we’ve already activated a Death Star’s “laser beam” of unintroduced and new Contributors to be fired early next year.

And to make sure our supply lines remain open, we’re in the process of planning 2019’s vigorous program of new Expert and Member interviews, which we’ll christen, for the purposes of this post, The Alan Parsons Project.

We do need to make a few points concerning Dr. Miller’s comments where he answers the questions of why some people believe in God and others don’t. Dr. Miller spent an entire career in the trenches of Ultimate Questions, and he has interesting things to say.

Our comments here, however, will focus not on what Dr. Miller says, but what he doesn’t say directly, being the extremely skilled pastor that he is. John has never tried to force his views on anyone; instead, he always offers understanding and compassion first, and then allows any persuasion coming out of it to take its natural course.

In the clips above, as appropriate, Dr. Miller restricts his comments for the most part to what he’s most experienced with – a predominantly American, Christian, local, person-to-person context.

We aren’t saying that Dr. Miller would have been correct or incorrect if he’d made those or similar statements; we just say that such claims would need quite a bit of unraveling to get anywhere useful in a mixed conversation.

(BTW, he does say in the end of the second clip that he believes that people who are too certain have “issues,” just as well as those who have serious troubles.

To comment: We doubt he means that certainty is always bad, because certainty was “certainly” necessary for anyone to take on the Cross willingly in the first place or, as another related example, to take on extensive mission trips after getting knocked off one’s horse.

Or to take on The Communist Manifesto; you name it.

Instead, we will suggest Dr. Miller’s talking about one’s attitude towards “certain” beliefs, which might add yet another dimension to the XYZ elements of Belief that we suggested in our last post, Worldview and Belief, Part I of II.

Are XY and Z – being “certainty, specificity, and consciousness” – our spacial elements of Belief, and one’s attitude toward them our time dimension, as we carry Core or important Beliefs through life?

So, before turning to the story of Dr. Francis Collins, we want to highlight two key, ongoing questions: 1) Is God the Truth? and 2) Does the Classical Judeo-Christian (CJC) worldview that predominates in America work better than the alternatives? We believe these two questions are related and critical, though, at the end of the day, separate and distinct.

As ever, we believe all answers are for you to determine, but, again, we encourage you to watch Dr. Miller’s clips (if you haven’t already done so) and to let his words speak for themselves; he suggests many questions with interesting observations and ideas on the God-No God issue.

In our second and last introductory post on “Worldview and Belief,” we’ve focused on John Miller’s two questions about belief in God because theism (or supernaturalism) v. not-theism (or naturalism) is always the threshold question worldview tests ask in trying to determine one’s worldview. As such, it’s the primary basis of the classification schemes outlining the seven-plus most basic worldviews existing globally.

With Dr. Miller’s comments as introduction, we also want to offer a short story about Dr. Francis Collins that describes when and how he concluded, to be a mature scientist, that he had to address the biggest questions in life facing us; in other words, he needed to believe at least something about important stuff.

We’ve met Dr. Collins and heard him speak several times. He needs no introduction to many because he was the leader of the Human Genome Project that mapped DNA, the founder of BioLogos, and is now the Director of the NIH.

The one thing we can assure you: Dr. Collins’ efforts have done much more for humanity than the Alan Parsons Project.

(Furthermore, as might be interesting to locals, Dr. Collins grew up in Staunton, VA to the west of Richmond where he still jams on his guitar with others; furthermore, his brother’s spending a career at a high school near John Miller’s St. Mary’s Church.)

Dr. Collins wrote a best seller in 2006 entitled The Language of God: A Scientist Presents Evidence of Belief. (Hand-written notes on the first page of our copy offer our own subtitle: If one can’t explain the theory to a bar tender, it may be of limited use. I.e., our kind of author.)

In the first few pages of this easy-to-read book, Dr. Collins tells of attending medical school at the University of North Carolina at Chapel Hill. Earlier he’d received his Ph.D. in chemistry at Yale where he’d moved with confidence as a young scientist from agnosticism to atheism.

During his third year in medical school, he worked regularly in the University hospital and was entrusted to care for dying patients. Dr. Collins was only twenty-six, was enjoying med school, and was married with a daughter, when he began noticing the serenity of most terminal Christian patients as they approached their fate.

My most awkward moment came when an older woman, suffering daily from severe untreatable angina, asked me what I believed. It was a fair question; we had discussed many other important issues of life and death, and she has shared her own strong beliefs with me. I felt my face flush as I stammered out the words “I’m not really sure.” Her obvious surprise brought into sharp relief a predicament that I had been running away from for nearly all of my twenty-six years. I had never really seriously considered the evidence for or against belief.

That moment haunted me for several days. Did I not consider myself a scientist? Does a scientist draw conclusions without considering the data? Could there be a more important question in all of human existence that “Is there a God?” . . .

This realization was a thoroughly terrifying experience . . .

At first, I was confident that a full investigation of the rational basis for faith would deny the merits of belief, and reaffirm my atheism . . .

We encourage you to get the book – it will never be out-of-date – and theists and naturalists alike should find it interesting.

By page 30 Dr. Collins determines that faith in God is more rational than disbelief, but he ends his first chapter with a question: “By opening the door of my mind to its spiritual possibilities, had I started a war of worldviews that would consume me, ultimately facing a take-no-prisoners victory of one or the other?”

To find his answer, buy the book and see its final line on page 272.

And if you don’t have the time or aren’t quite interested enough but you still want to check out Francis Collins, please refer to this speech he gave earlier this year at the National Press Club in DC at the invitation of The Trinity Forum about the blockbuster issues surrounding gene-editing (i.e., man shaping the nature of humanity itself).

If you think these issues are solely for an imagined Brave New World future, you’d be wrong. (Dr. Collins begins at ~11:15.)

To sum up our two posts on Belief, what we see happening in people’s lives is that we must make decisions about certain key issues (and no decision is a decision) like God and morality, and these mental pictures over time locate themselves as points on the Belief diagrams mentioned above and, again, introduced in the last post.

But this is where things can get really tricky, because once we start taking on beliefs concerning one or two worldview issues, we must take on views concerning all the other little buggers of worldview issues called Ultimate Questions (like where did we come from and where are we headed?) – whether we like it or not.

And “Hello” the human need for meaning.

So, the question becomes, Who’s zoomin’ who? in this place humans call time and space: us or worldview Itself.

In our final Circling post of 2018, we look forward to addressing more mundane matters, thankfully from our standpoint, and in a much shorter way, thankfully from your standpoint (we’re quite sure), where we can offer a few passing thoughts about how you might actively approach your worldview building project with the Millers and the Masons of the world – and with us – next year.