Worldview and the Budget Bomb

This post concludes the fall of 2018’s Circling series with reference to one of America’s existential issues – the federal budget deficit (2018: projected $783 billion) and the country’s growing national debt (2018: projected $21 trillion). Many experts believe America will reach a tipping point beyond financial soundness over the next 10-15 years. In fact, absent immediate change, some believe we’re already there.

In 2019, Praxis Circle will focus, in part, on the political economy through attention to the federal budget deficit. Since the late 1990’s, this one key fact – national expenses vastly exceeding revenues – has continued to provide a terrific example of praxis. Specifically, praxis here involves individual and political party worldviews fighting over scarce federal government resources, producing a damaging national culture war.

And yet, we know there’s one key principle every 21st Century economist believes in – no free lunches!

Of course, the federal debt in total and in relation to Gross Domestic Product (GDP) is projected to rise steadily over the next ten years to levels not seen in the U.S. during peacetime, having more than doubled over the last ten years. In general, while any economy is notoriously difficult to forecast, one as large as America’s with a known entitlement structure and a long history makes future debt and GDP estimates reasonably predictable, absent unforeseeable recessions or wars.

And history is clear: Great nations collapse more frequently due to internal problems (especially too much debt) than due to foreign army invasions or other external factors. (See This Time Is Different by Reinhart and Rogoff, 2009.) Finally, we know the problem will be resolved one way or another; we just don’t know how “pleasurable” or painful it will be.

In 2019 Praxis Circle will lay out the national budget’s basic facts and investigate key issues and assumptions to determine how various worldviews suggest different approaches. In particular, we’ll zero in on the value-fact distinction to demonstrate how people look more to worldview priorities than utilitarian mathematics or science, often blurring these basic distinctions.

In doing so, we’ll engage existing and new Expert and Member Contributors to highlight from all sides key considerations as objectively as possible. We’ve already assembled an extremely knowledgeable team on this issue with direct experience going back to the 1980’s. In addition, we will access other key people and resources around the Washington Beltway.

With that preview of next year as background, we’re quite proud now to present our last PC Expert Contributor to be introduced in 2018’s Circling series, Congressman David Brat of Virginia’s 7th District. No one’s been more dedicated over the last four years to reducing the federal deficit than Dave, and no one has a better appreciation of how extraordinarily difficult that critical task will be over the next ten years.

We’ve known Dave since the mid-2000’s when he was head of the Economics and Business Department at Randolph-Macon College in Ashland, VA. What drew us to Dave was his regionally notable Moral Foundations of Capitalism Program. In fact, we asked him to become a Contributor before he ran for Congress (quite informally because we didn’t have the PC concept then) because of the perspectives he offers regularly about worldview as it relates to the political economy.

Dave has served the 7th District in Central Virginia for four years, entering politics because he believed balancing the federal budget was the critical moral issue of our time, needing immediate attention. In 2014, Dave upset his predecessor, a former House Majority Leader, only to be upset himself this past November. This VA 7th District race drew national attention because it’s split evenly right down the middle in almost every way. Moreover, many believe it reflects our national political battleground in a microcosm.

In any case, regardless of one’s point of view, all agree Dr. Brat has an extremely thoughtful worldview, and he presents it in his 2016 book, American Underdog: Proof that Principles Matter. It explains why the federal budget issue is a moral issue first and a mathematical one second. It offers a clear and simple POV more relevant today than ever, just as public interest in balancing the budget is declining. (One poll showed the issue declined as a priority from 72% in 2013 to 48% early this year.)

To all you worldview fans out there, regardless of persuasion, this deficit/debt problem is quite real, and the painful consequences of not fixing it will become exponentially more severe with every passing year.

While recognizing no mortal can engage the dense worldview topic for long without coming up for air, especially us at PC, we’d like to offer, in concluding 2018, a few serious comments concerning engaging worldviews in the civil square, whether privately or in a public square like the VA 7th District, taking us back somewhat to our early Circling posts, featuring our PC expert on the public square topic, Os Guinness.

Of course, life isn’t a game or a joke, yet it’s full of gamesmanship, where a balance between seriousness of purpose and a sense humor is mandatory. We can’t survive and prosper unless we engage life’s worldview “game,” which includes a real playing field and plenty of rules.

In a democracy, a 50.1% majority wins just the same as a 65% landslide. The American Founders disliked democracy as much as they knew aspects of it were necessary, and they clearly understood it’s “representative” only to those in the 50.1% majority. So beyond our fundamental individual rights, the government’s constitutional powers are more important than any minority’s or one person’s POV. All American citizens have a position on this worldview political game board, privately and publicly. We make choices, others make choices for us, and fate intervenes to shape results.

Especially in war, politics, business, and personal relationships, objective reality can be merciless. America has been blessed with terrific servant leaders like President George H.W. Bush. (RIP President Bush, 1924-2018, Great American.) Here are President Theodore Roosevelt’s thoughts on the subject (written before enactment of the 19th Amendment, which gave women the vote almost 100 years ago). They are well-worn but true, and would, of course, apply to women today, as well as men:

It is not the critic who counts; not the man who points out how the strong man stumbles, or where the doer of deeds could have done them better. The credit belongs to the man who is actually in the         arena . . . who does actually strive to do the deeds . . . and who at the worst, if he fails, at least fails while daring greatly, so that his place shall never be with those cold and timid souls who neither know victory or defeat.

Most important concerning worldview encounters, we need to remember we’re dealing with other human beings on the game board who range from trustworthy and charitable to self-interested and deceptive, but who are always flawed to various degrees.

Furthermore, defeat’s often self-imposed . . . and not the only option; not for most pirates, anyway, who understand the Wheel of Fortune (and other ancient concepts and modern game shows).

Without question the greatest field commander of all time, Alexander the Great, slept with a copy of The Iliad under his pillow. More recently, General George Washington (winner) and his step-great-nephew-in-law, General Robert Lee (loser), never failed to keep the Bible close by. Still today, those two documents remain the foundations of Western Civ, having produced almost every major strand of modernity.

Despite the onset of A.I. and its media hype, human nature will likely never change, and it should remain front of mind to realists who go worldview exploring and even jousting. Human nature explains why many are particularly hesitant to discuss worldview topics or outline their own beliefs.

Worldview Building is only for the brave at heart.

Respecting this fully, PC will strive in our interviews and conversations in 2019 to respect human dignity and maintain an honest sense of humor with give and take in fun.

1 responses on "Worldview and the Budget Bomb" 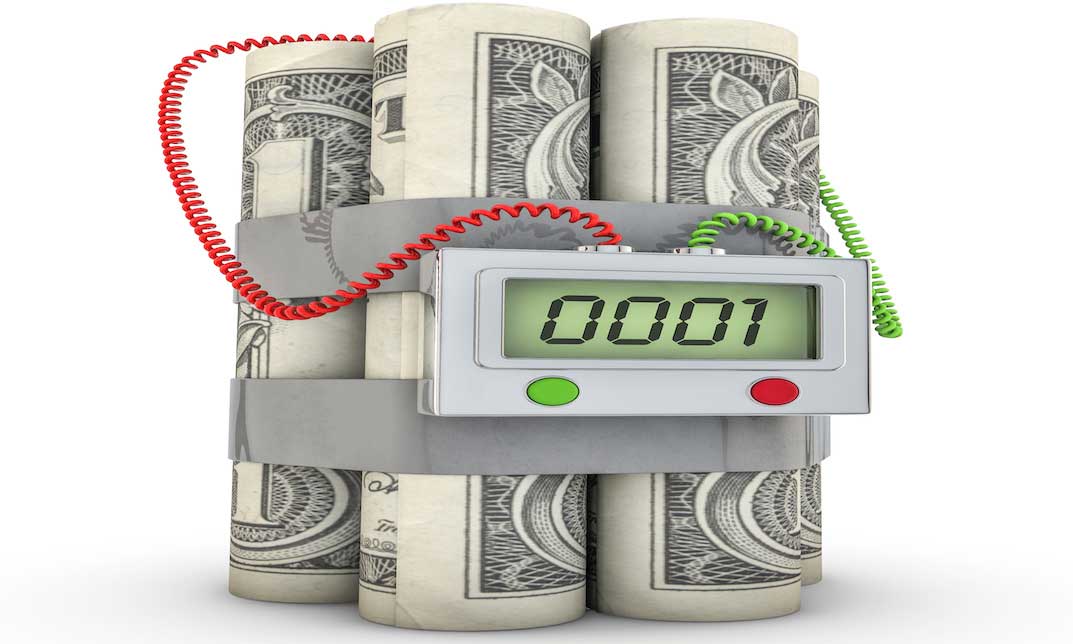