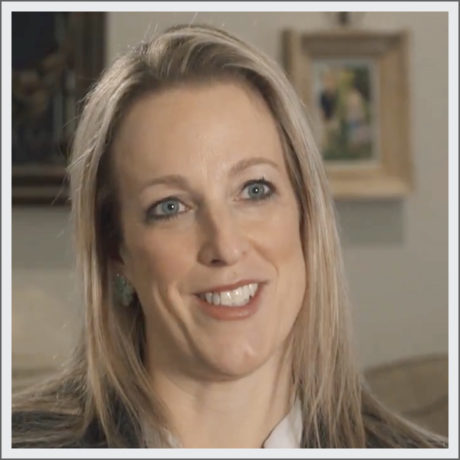 Dr. Anne Bradley is the George and Sally Mayer Fellow for Economic Education and Vice President of Academic Affairs at The Fund for American Studies. Born and raised in Alexandria, VA, Dr. Bradley graduated cum laude with a B.S. in Economics from James Madison University. After several years out of academia, she returned to George Mason University, where she earned both her M.S. (2002) and her Ph.D. (2006) in Economics. She was interviewed as the co-editor of the outstanding book Counting the Cost: Christian Perspectives on Capitalism (2017) mentioned below—to some extent an update and translation on Michael Novak’s The Spirit of Democratic Capitalism (1982).

Upon receiving her Ph.D., Dr. Bradley joined the CIA as an economic analyst in their Office of Terrorism Analysis. As a self-described “advocate of a free and flourishing society,” she found her true calling in the academic and non-profit spheres. Dr. Bradley previously served as the Vice President of Economic Initiatives at The Institute for Faith, Work, and Economics (IFWE), where she developed and commissioned research toward a systematic biblical theology of economic freedom. She was editor and contributing writer to IFWE’s Counting the Cost: Christian Perspectives on Capitalism (2017) and For the Least of These: A Biblical Answer to Poverty (2015). In these works she looks at income inequality from both economic and biblical perspectives. She is currently writing a book that reflects her additional interest in the political economy of terrorism, focusing on the industrial organization of al-Qaeda. She is also published in many scholarly journals and edited volumes.

Teaching at the higher levels is Dr. Bradley’s other calling. In addition to her time at The Fund for American Studies, Anne teaches at the Institute for World Politics, Grove City College, and George Mason University, where she previously served as the Associate Director for the Program in Economics, Politics, and the Law at the James M. Buchanan Center. She has also taught at Georgetown University and Charles University in Prague. She is also currently an Acton Institute affiliate scholar and visiting scholar at the Bernard Center for Women, Politics, and Public Policy.

AB-2 Any comments about your personal life?

AB-3 What people or events have shaped who you are?

AB-4 What do you care about most professionally?

AB-5 What is the Institute of Faith Works & Economics mission?