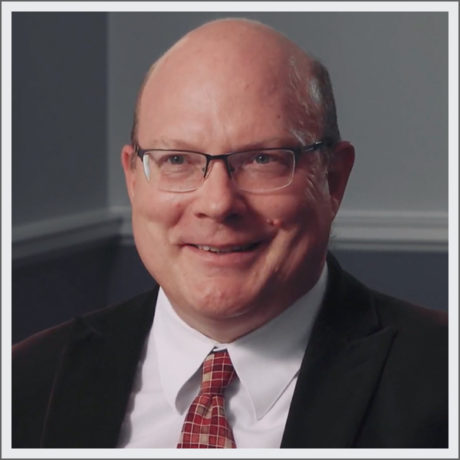 Dr. Charles Mathewes is the Carolyn M. Barbour Professor of Religious Studies at the University of Virginia (UVA). He was trained in Christian theology, modern philosophical ethics, and philosophy of religion, and, as a professor, he extended his interests into the history of Christian thought, contemporary theology and ethics, religion as it influences society, culture, and politics, and comparative religion and religious ethics. Praxis Circle interviewed Dr. Mathewes because of his expertise in Christian worldview, particularly the major influence of St. Augustine on Western thought, and his demonstrated command of the theory and history of evil, a critical consideration of every worldview.

He earned his B.A. in Theology from Georgetown University and his M.A. and Ph.D. in Religion from the University of Chicago. Dr. Mathewes is the author of Evil and the Augustinian Tradition, A Theology of Public Life, Understanding Religious Ethics, and The Republic of Grace: Augustinian Thoughts for Dark Times. Among other edited volumes, he is the senior editor for a collection titled Comparative Religious Ethics: The Major Works (four volumes). He is also the featured lecturer and Guidebook author of two Great Courses published by the Teaching Company, Books That Matter: The City of God and Why Evil Exists.

From 2006 to 2010, he was the editor of the Journal of that American Academy of Religion, the flagship journal in the field of religious studies. He also served as chair of the 2020 Committee on the Future of Christian Ethics and was the inaugural director of the Virginia Center for the Study of Religion. Dr. Mathewes currently serves on the House of Bishops Theology Committee of the Episcopal Church.

With his wife, Jennifer Geddes, Dr. Mathewes served a four-year term as co-principal of one of UVA’s residential colleges, Brown College at Monroe Hill. He spent much of his childhood in Saudi Arabia, and today lives with his family outside Charlottesville, VA, in the foothills of the Blue Ridge Mountains.

CM-4R Have students changed at UVA during your time?

CM-5 Do you have a Worldview? Has it changed?