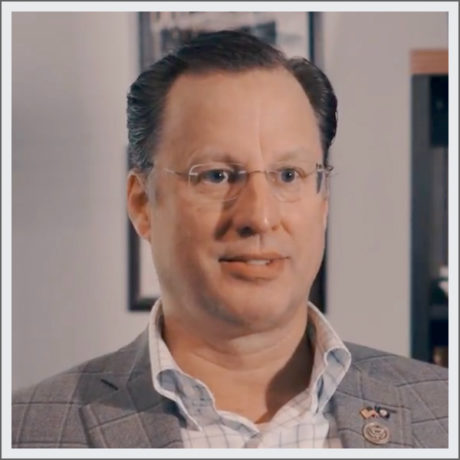 Dr. David Brat was the representative from the 7th congressional district of Virginia to the U.S. House of Representatives from 2014 until 2018. Winning the primary in an historic upset over the then-House majority leader, Brat became the only Ph.D. economist serving in Congress at the time. Brat is currently the dean of the Liberty University School of Business in Lynchburg, VA. He was interviewed because of his extensive knowledge of Western worldviews, an uncommon attribute among politicians, and a relationship developed while he steered the Moral Foundations of Capitalism program at Randolph-Macon College, mentioned below.

Brat was born in Michigan but spent his high school years living with his family in Wisconsin. Brat returned to Michigan to attend Hope College where he received a B.A. in Business Administration in 1986. He worked at Arthur Andersen and as a consultant to the World Bank after graduation but changed course to attend Princeton Theological Seminary where he earned a Masters of Divinity (1990), and then ultimately earned a Ph.D. in Economics from American University in 1995.

Brat joined the faculty at Randolph-Macon College (Ashland, VA) in 1996 as a professor of economics and became the Chair of the Economics and Business Department. In 2006 he was appointed by Governor Tim Kaine to the bipartisan Governor’s Advisory Board of Economists and was subsequently re-appointed by Governor McDonnell. Brat also headed Randolph-Macon’s BB&T Moral Foundations of Capitalism (one of sixty such programs across the nation) from 2010-2012.

DB-2 What is most important to you?

DB-3 Were there people or events that influenced who you are most?

DB-4 What about the Moral Foundations of Capitalism Program at Randolph-Macon?

DB-5 How did a department head at Randolph-Macon beat the House Majority Leader?

DB-6 Was your election an early indicator of rising populism?
«
Prev
1
/
5
Next
»