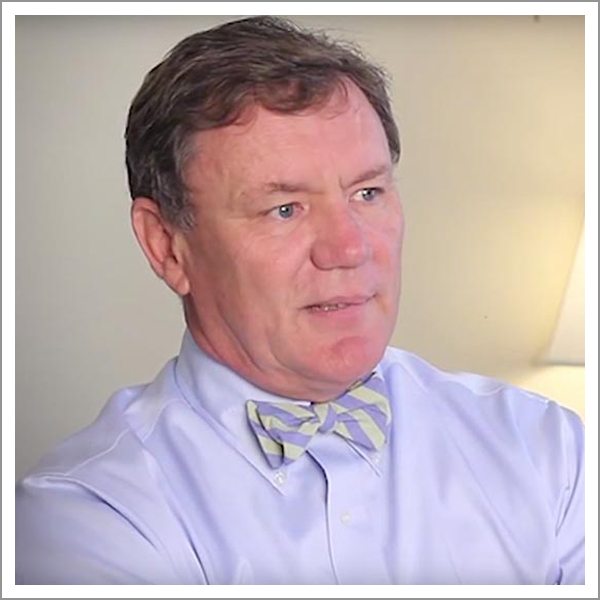 Frank Hill has worked on and off and around Capitol Hill for 22 years and currently resides in Raleigh, NC. He was interviewed because of his long theoretical and practical experience as an observer and participant in national, state, and local politics, and his connections to and knowledge of university and secondary schools.

Mr. Hill grew up in Durham, NC, and attended Jordan High School. He has a B.A. (Religion) from the University of North Carolina – Chapel Hill, where he was a Morehead Scholar, and received an MBA from the Fuqua School of Business at Duke University.

He has been married for over 36 years and has three sons, two of whom are married, and one grandchild. His wife Judy is the founder of High Cotton Ties, LLC.

Prior to working on the Hill in D.C., he worked in private business and has lobbied and consulted over the years in between stints in government.

Mr. Hill is the founder and director of the Institute for Public Trust in Raleigh which recruits and trains great new people to enter elective politics. In addition, he writes a blog, Telemachus, which focuses on politics and concentrates on the federal budget, tax policy, and health care. He is also managing editor of the opinion page for the North Carolina State Journal, NC’s only publication covering the entire state, and founding member of the Alumni Free Speech Alliance.

FH-1R What are you doing now?

FH-2 What led you to this? What problem are you trying to solve?

FH-3 What is wrong with America today politically?

FH-4 Your Act II? What can make a difference?

FH-5R Experience in DC with McMillan