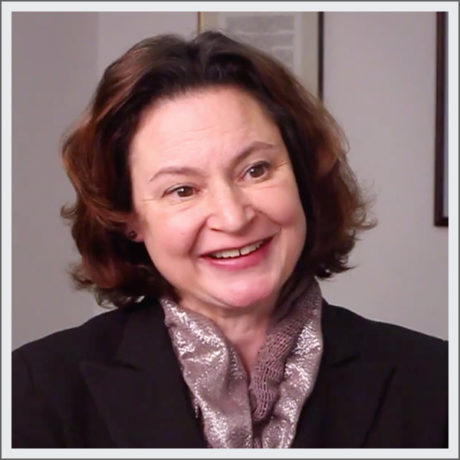 Mary Tedeschi Eberstadt is an editor and author who focuses on a wide range of issues concerning politics, Christianity, the family, and female roles in Western society. She currently holds the Panula Chair in Christian Culture at the Catholic Information Center in Washington, D.C. and is a Senior Research Fellow at the Faith & Reason Institute. Mrs. Eberstadt was interviewed because of her theories concerning the relation between religion and family experience and the state of Christianity in the West.

Mrs. Eberstadt is a prolific author, with her most popular works of non-fiction being Home-Alone America: The Hidden Toll of Day Care, Behavioral Drugs and Other Parent Substitutes (2004), Why I Turned Right: Leading Baby Boom Conservatives Chronicle Their Political Journeys (2007), Adam and Eve after the Pill: Paradoxes of the Sexual Revolution (2012), How the West Really Lost God (2013), It’s Dangerous to Believe: Religious Freedom and Its Enemies (2016), and her most recent book, Primal Screams: How the Sexual Revolution Created Identity Politics (2019). Her articles have appeared in various publications, including The Wall Street Journal, TIME, First Things, and National Affairs.

Mary is also the founder of The Kirkpatrick Society at the American Enterprise Institute, an association that has mentored hundreds of female authors and leaders. She has two honorary doctorates in Humane Letters from Seton Hall University and Magdalen College of Liberal Arts. In 2021, the American Society of Catholic Social Scientists presented her with their annual Pius XI Award for “building up a true social science.”

Mrs. Eberstadt is married to Nicholas Eberstadt, who together have four grown children. One of her favorite quotes is “manuscripts don’t burn,” the rallying cry of intellectual freedom penned by Mikhail Bulgakov in The Master and Margarita.

ME-2 Why from a professional point of view?

ME-3 Why I Turned Right, Home Alone America, The Loser Letters, Adam and Eve After the Pill

ME-4 Why did Christianity thrive in the West? Rodney Stark and Kenneth Latourette

Mary Eberstadt – Growing Up Years (ME2-1)

Mary Eberstadt - Has your worldview changed? (ME2-2)

Mary Eberstadt – Millennials and Gen Z: You’ve Been Robbed (ME2-4)

Mary Eberstadt – Are the younger generations responding to your work? (ME2-5)