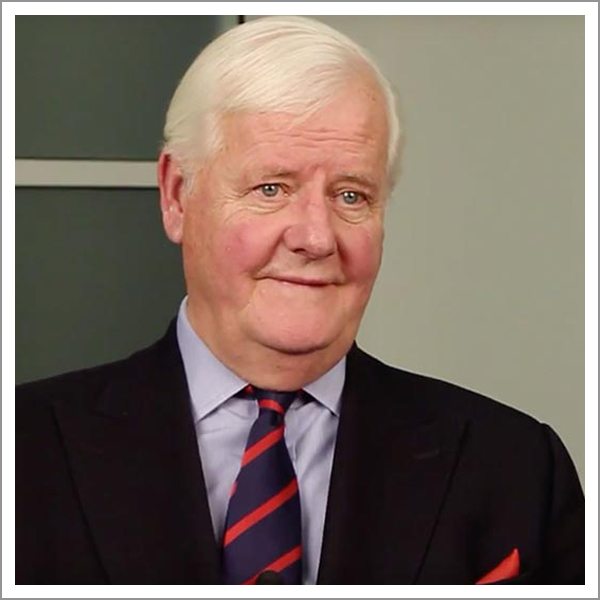 Os Guinness is a British author and social critic who focuses on Western civilization and literature, cultural issues, the interrelations of worldviews globally, and the importance of the U.S. Constitution to the global public square. He was interviewed because of his ideas concerning freedom, the public square, and America.

Dr. Guinness is the great-great grandson of Arthur Guinness, the Dublin brewer and he was born in China in World War II where both his parents and grandparents were medical missionaries – his grandfather having had the privilege of treating the Empress Dowager, the Last Emperor and the Imperial family. A survivor of the terrible Henan famine of 1943, in which five million died in three months, including his two brothers, Dr. Guinness was a witness to the climax of the Chinese revolution in 1949 and the beginning of the reign of terror under Mao Tse Tung. He was expelled with many other foreigners in 1951 and returned to Europe where he was educated in England.

Dr. Guinness has written or edited over thirty books, including The Call, Time For Truth, Unspeakable, A Free People’s Suicide, the Global Public Square, Last Call for Liberty, Carpe Diem Redeemed, and the Magna Carta of Humanity. His most recent book is The Great Quest: Invitation to the Examined Life and a Sure Path to Meaning, which was published in 2022.

Dr. Guinness completed his undergraduate degree at the University of London and his D.Phil. in the social sciences from Oriel College, Oxford. Dr. Guinness is the founder of The Trinity Forum, headquartered in Washington, D.C.

Os Guinness - Religious Faith Must Be Anchored in Truth (OG-4)

Os Guinness - What would you like your legacy to be? (OG2-3)

Os Guinness - How would you describe your worldview? (OG2-5)