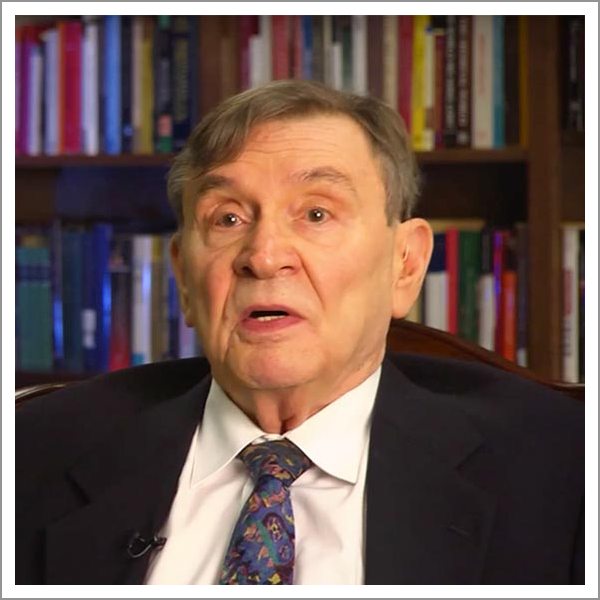 Rodney Stark is a sociologist and author who focuses on the history of Christianity and religion, the current state of religions worldwide, and the broad history of Western civilization. He was interviewed because of his broad knowledge of sociology as it applies to religion and his fresh and often-controversial views concerning the West.

Rodney Stark grew up in Jamestown, North Dakota, and began his career as a newspaper reporter. Following a tour of duty in the U.S. Army, he received his Ph.D. from the University of California, Berkeley, where he held appointments as a research sociologist at the Survey Research Center and at the Center for the Study of Law and Society. He left Berkeley to become Professor of Sociology and of Comparative Religion at the University of Washington.

In 2004 he joined the faculty of Baylor University. He has published 38 books and more than 160 scholarly articles on subjects as diverse as prejudice, crime, suicide, and city life in ancient Rome. However, the greater part of his work has been on religion. He is past president of the Society for the Scientific Study of Religion and of the Association for the Sociology of Religion. He also has won a number of national and international awards for distinguished scholarship.

Many of his books and articles have been translated and published in foreign languages, including Chinese, Dutch, French, German, Greek, Indonesian, Italian, Japanese, Polish, Portuguese, Romanian, Spanish, and Turkish.

RS-2 Breaking Down the Walls of Specialization in History

RS-3 Is your research ahead of the curve?

RS-4 An Age of Silliness

RS-5 Are atheists creating their own history? The Importance of the Creator God