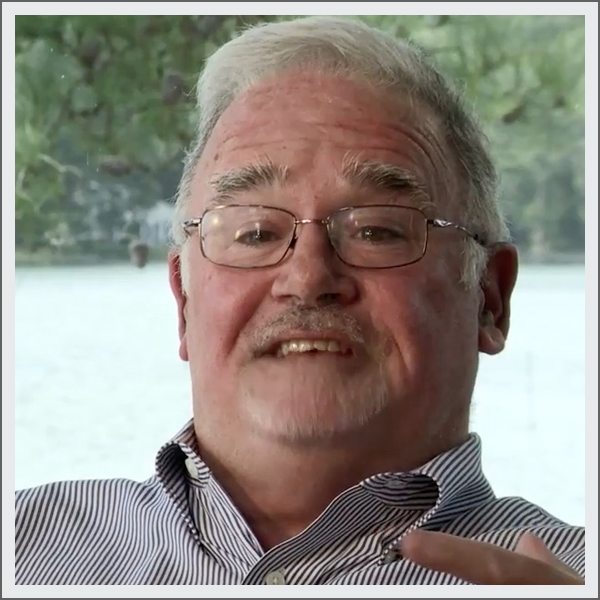 Roscoe Brumback lives in Montrose, MI, and was raised in Kilmarnock, VA, a small town in eastern Virginia’s Northern Neck. He is married and a father to four adult sons and one adult daughter. He was interviewed because of his broad life experiences in Virginia, in the Navy, and in the automotive industry, which exposed him to people of all classes and races, and because of his distinctive honesty, good humor, and wit.

After attending high school at Christchurch School in Urbanna, VA, and Lancaster High School in Lancaster, VA, Mr. Brumback joined the U.S. Navy in 1973 where he received his GED. He attained the rank of E-5 Hospital Corpsman. Naturally, the Navy moved him around quite a bit: Roosevelt Roads, Puerto Rico; Great Lakes, IL; Quantico, VA; Charleston, SC; Norfolk, VA; and even a “cruise” through the Mediterranean.

Mr. Brumback retired from the Navy in 1977 and moved to Michigan. He was awarded an Associate Degree in General Studies from Oakland Community College (1985) and a BS in 2004, while simultaneously developing a career in quality control engineering in the auto industry. With Jac Products, a supplier to the major automobile companies, he rose to the position of Corporate Quality Director, being responsible for quality systems for a six-plant operation, and eventually with LDM Technologies where he was responsible for fourteen facilities. At LDM Technologies, he was promoted to Plant Manager in 2000 and given responsibility for all aspects of manufacturing for a $23 million operation.

RB-2 How did you get from Virginia to Michigan?

RB-3 Where are you in life now?

RB-4 Why are you so good with people?

RB-5 What about your love of music?