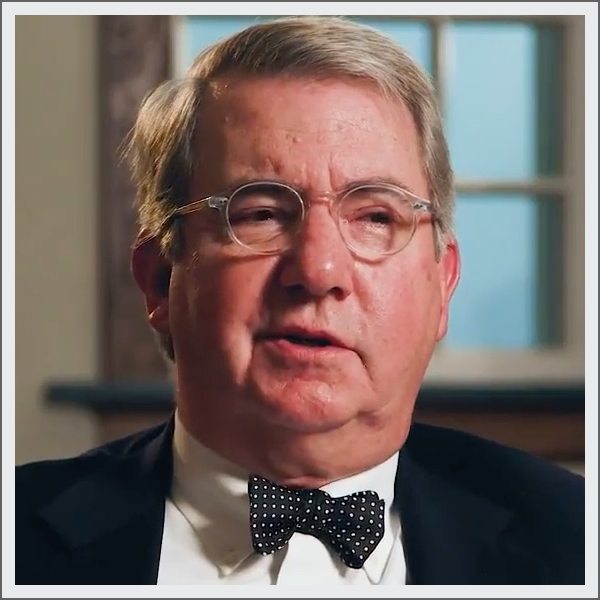 John Miller, a native of Richmond, VA, is the retired Rector of St. Mary’s Episcopal Church in Richmond, where he served for 38 years in the vocations of minister to youth, Assistant Rector, and Rector. He’s a graduate of Washington & Lee University (1970); subsequently, he earned both a Master of Divinity (1974) and a master of Theology (1977) from Union Theological Seminary (Richmond, VA). In 1982 Dr. Miller graduated with the Doctor of Philosophy degree from Union Seminary. While at Union Seminary he was also awarded three graduate fellowships and was selected as a teaching fellow. Dr. Miller was interviewed because of his extensive knowledge of Christian history and theology, in general, and because of his known, life-long fascination with the Christian doctrine of grace, in particular.

Dr. Miller’s professional career began in 1974 when he became an adjunct instructor, and later adjunct associate professor, of religion at the University of Richmond; he taught courses on the Old and New Testament, the Reformation and the contemporary Church, along with introductory religious studies courses. He continued to teach at UR until 1990. His teaching career also included teaching systematic theology in Virginia Union University’s School of Theology in 1981. In addition, he was the co-author of a curriculum in theology for the University of the South’s Education for Ministry program. His authorship includes articles and reviews for scholarly publications and a regular column for The Virginia Episcopalian.

In 1975 Dr. Miller began his ministry at River Road Church, Baptist (Richmond), as an associate minister to youth and college students. Concurrent with the beginning of his doctoral pursuit, he joined St. Mary’s and began the ordination process of the Episcopal Diocese of Virginia, culminating in his ordination as deacon in 1981 and being named Assistant Rector at St. Mary’s. The following year he became an ordained priest. Dr. Miller was named Rector of St. Mary’s in 1984, a position he retained until his retirement in 2016.

Dr. Miller and his wife Deborah have three adult children in their blended family. He has been an active member of his community throughout his life. His activities have included positions of leadership in the ecclesiastical and secular worlds. He has been involved with schools (St. Christopher’s School, St. Mary’s School), hospitals (Richmond Memorial Hospital, St. John’s Hospital), an Episcopal-Presbyterian continuing care retirement community (Westminster Canterbury, Richmond), the Diocesan Missionary Society, the Richmond Episcopal Clerics, the Goochland Free Clinic and Family Services, and Elk Hill Farm (a school and counseling program for youth), as well as other organizations.

JM-5 How to characterize your experience?