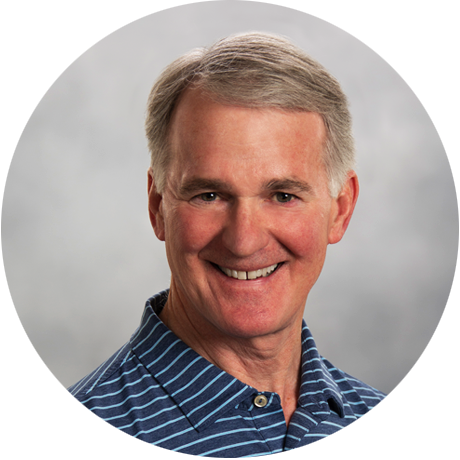 After a long career as an investment banker in the U.S. in mergers and acquisitions and private equity, Doug began a full-time effort to establish the Praxis Circle as a non-profit, educational organization dedicated to building worldviews. 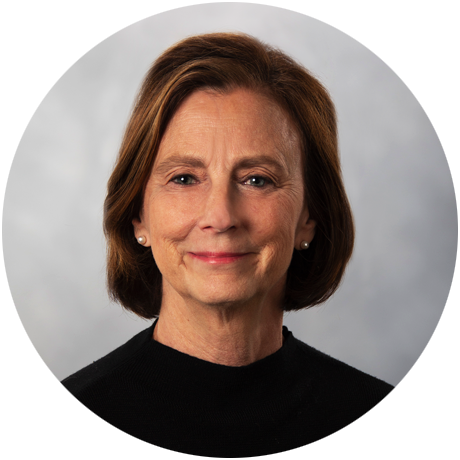 Maria is a graduate Collegiate School (1976) and the University of Virginia (1980). While raising a family she took graduate philosophy courses in the M.L.A. program at the University of Richmond and volunteered extensively in her community. She has been assisting Doug with establishing Praxis Circle since 2015. 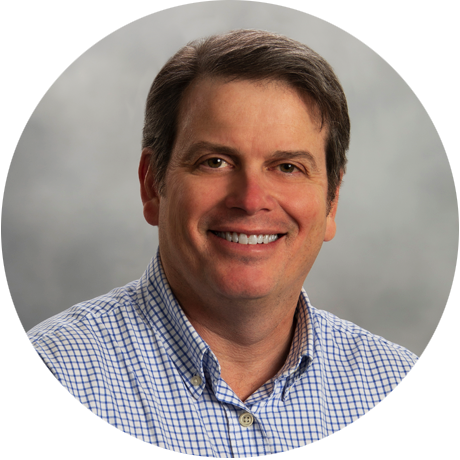 Education Director
Mason is a graduate of The Lawrenceville School (1992) and earned a B.A. in English from Washington & Lee University (1996). He earned an honorable discharge from the United States Marine Corps the same year that he started teaching. From 2001 to 2014, Mason taught English and Latin, served as Chairman of the English Department, and was the Director of Faculty Development at Episcopal High School. He also earned an M.L.A. from St. John’s College (2001) and received an M.S. in Education from Purdue University (Learning Design and Technology – 2016).

Mason is the current founder and owner of NewVia, LLC, an education technology consulting and design company. He is also the designer and manager of the Praxis Circle’s online education. 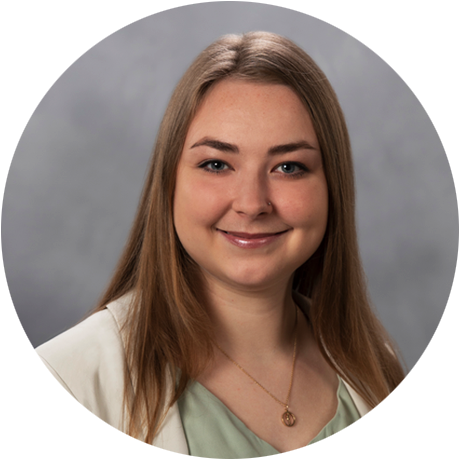 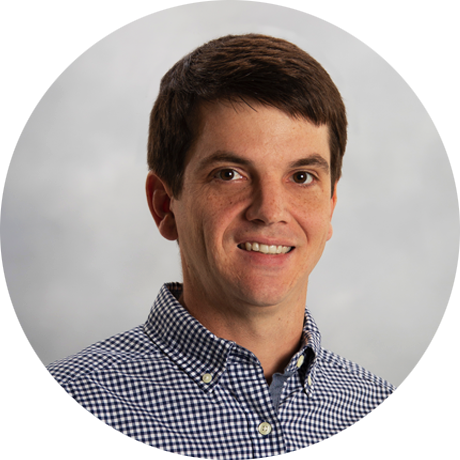 JC has spent his career in the the jewelry industry at Carlyle & Co. He is a graduate of Woodberry Forest School, the University of North Carolina at Chapel Hill, the Gemological Institute of America, and the Young Executive Institute at UNC-CH.

JC is married and has two grown daughters.

Jim is the founder of Bacon’s Rebellion website and currently is its lead blogger, analyzing public policy in Virginia. Jim graduated from St.Alban’s School in Washington, DC, and the University of Virginia.

Having spent 25 years in journalism in Virginia, Jim has been the Vice President – Publishing with the Boomer Project, the publisher of Virginia Business magazine, and, most recently, a senior editorial writer for the Richmond Times-Dispatch. As well as contributing writing to the Washington Times, he has published a book entitled Boomergeddon.

Jim is married and the father of two grown children.

After receiving her Ph.D., Anne joined the CIA as an economic analyst in their Office of Terrorism Analysis. She was editor and contributing writer to IFWE’s Counting the Cost: Christian Perspectives on Capitalism (2017) and For the Least of These: A Biblical Answer to Poverty (2015). In these works she looks at income inequality from both economic and biblical perspectives. She is currently writing a book that focuses on the industrial organization of al-Qaeda. Anne is also published in many scholarly journals and edited volumes.

In addition to her time at The Fund for American Studies, Anne teaches at the Institute for World Politics, Grove City College, and George Mason University, where she previously served as the Associate Director for the Program in Economics, Politics, and the Law at the James M. Buchanan Center. She has also taught at Georgetown University and Charles University in Prague. She is also currently an Acton Institute affiliate scholar and visiting scholar at the Bernard Center for Women, Politics, and Public Policy.

Anne currently resides in Loudon County, VA, with her husband, and young son and daughter.

Don is the President of the Woodrow Wilson Legacy Foundation (he is a family descendant) and has spent 25 years as a political consultant in Virginia, Washington, DC, and California. He is a graduate of Montreat College in North Carolina, King University in Tennessee, and the Reformed Theological Seminary in Washington, DC.

During his career, Don has been a special library assistant to Dr. Billy Graham, director of curriculum development in distance education at the Reformed Theological Seminary, a gang intervention specialist and community resource consultant in the City of Alexandria, Virginia; a legislative clerk for VA State Senator Patsy S. Ticer; and a U.S. Congressional campaign manager in Virginia’s 5th District. For the past decade, Don has focused his efforts on training a new generation of leaders to support the economic and cultural revitalization of the Republic of Armenia.

He is one of the nation’s leading experts on bullying prevention and he the author of Bully-Bully/BP3: The Bullying Prevention Peace Program. His published work has appeared in The Washington Post, Psychology Today, Forbes, and a variety of other print publications.

Don is married and the father of four children.

Allen is a founder of SquareOne holding company. He graduated from the Baylor School in Chattanooga and then from the University of North Carolina – Chapel Hill in 1978 and Vanderbilt University Law School in 1981.

Allen returned to Chattanooga and joined the Miller & Martin law firm, becoming a partner primarily practicing corporate and business law; he remained with the firm until 1996. While there he became familiar with the business side of brewery restaurants and craft breweries.

Allen left Miller & Martin in 1996 to become CEO of Big River, a small brewery restaurant chain that he had done the legal work for and invested in, when the micro beer industry was in its infancy. Big River then expanded rapidly and formed CraftWorks Restaurants & Breweries Inc., the largest brewery/restaurant chain in the U.S.

After selling CraftWorks, he and his partners started SquareOne Holding, a company that provides consulting, management, and capital for every aspect of opening and running restaurants or breweries themselves.

He has served as a trustee for the Baylor School, a co-chair (with his wife) of the Fast Day fundraiser for Community Kitchen in Chattanooga, a member of the Executive Committee of the Board for the Chattanooga Convention and Visitors Bureau, and a member of many other for-profit and not-for profit boards.

Mr. Corey is married and the father of two adult daughters.

Mary is currently a Senior Research Fellow at the Faith and Reason Institute in Washington, D.C. She has been a research fellow at the Hoover Institution and a senior fellow at the Ethics and Public Policy Center in Washington, DC. Mary focuses on issues of American society, culture, and philosophy. She has written widely for various magazines and newspapers, including Policy Review, The Weekly Standard, First Things, The American Spectator, Los Angeles Times, London Times, and The Wall Street Journal.

She has also authored a number of books, including It’s Dangerous to Believe: Religious Freedom and Its Enemies and her most recent book Primal Screams: How the Sexual Revolution Created Identity Politics.

In addition, Mary was the founder of the Kirkpatrick Society, a literary network for women and named after her late mentor, U.N. Ambassador Jeanne Kirkpatrick. She is engaged with several non-profit and charitable groups, including The Merry Beggars, an association of young Catholic artists creating transformative theater; Our Lady of Guadalupe Parish in Togo, Africa, led by Rev. William Ryan; the Catholic Information Center; and Dominican House of Studies in Washington, DC. She has been a Trustee of Telluride Association, and spent five years on its Board of Custodians. Mary has also served on the Academic Board of Advisors to the Templeton Foundation. She is the recipient of numerous awards and honors.

Mary is married to Nicholas Eberstadt, author and economist, and they have four children.

Frank Hill has worked on and off and around Capitol Hill for 22 years. Frank grew up in Durham, NC, and attended Jordan High School. He has a B.A. (Religion) from the University of North Carolina – Chapel Hill, where he was a Morehead Scholar, and received an MBA from the Fuqua School of Business at Duke University.

Frank ran for Congress at the age of 28 from Durham, NC. He was chief of staff to former Congressman Alex McMillan (NC-9) from 1985-1995 and Senator Elizabeth Dole (NC) from 2002-2004. Prior to working on the Hill in D.C., he worked in private business and has lobbied and consulted over the years in between stints in government.

Frank is the founder and director of the Institute for Public Trust in Raleigh which recruits and trains great new people to enter elective politics. In addition, he writes a blog, Telemachus, which focuses on politics and concentrates on the federal budget, tax policy, and health care. He is also managing editor of the opinion page for the North State Journal, NC’s only publication covering the entire state.

He has been married for over 36 years and has three sons, two of whom are married, and one grandchild.

Maria Jones is the Managing Director for Praxis Circle, Inc. She is a graduate of Collegiate School and the University of Virginia and currently assists Doug Monroe with any and all things related to Praxis Circle.

Maria worked for First National Exchange Bank in Roanoke, VA and then Walter M. Dixon, Investment Counsel, before retiring to raise a family. She and her daughter Emily owned and ran the Strawberry Street Vineyard Wine Shop for several years before Maria joined Doug at Praxis Circle.

She is married and has three grown children and one grandson.

Doug is a graduate of Woodberry Forest School (1974) and the University of North Carolina at Chapel Hill (1978), where he was a Morehead Scholar and where he first discovered his fascination with the study of what he would later come to find is known as “worldview.”

He is also a graduate of the University of Virginia Schools of Law and Business (1982) where he received his J.D. and his M.B.A. In addition, Doug passed the N.C. Bar Examination and earned his C.P.A. designation.

After a long career as an investment banker in the U.S. in mergers and acquisitions and private equity, Doug began a full-time effort to establish the Praxis Circle as a non-profit, educational organization dedicated to the pursuit of worldview knowledge.

Doug is married and the father of three adult children and five grandchildren.

Lady Sophie Jeffreys Scruton is the Director of Horsell’s Farm Enterprises and a member of the Board of Directors of the Roger Scruton Legacy Foundation. She graduated from the University of Bristol with a degree in History of Art and History, Architecture. Sophie also serves as director for Athelstan Farm Foods.

Sophie and her late husband Roger established Horsell’s Farm Enterprises as a “post-modern rural consultancy” that provides guidance to commercial and non-profit enterprises in areas such as countryside maintenance and the environmental science of a sustainable grass economy. This business led them to also establish Athelstan Farm Foods which produces cheeses using traditional Wiltshire recipes for wholesale customers in the area. They have also written extensively about these topics and associated issues for magazines such as The Spectator and other outlets.

The Roger Scruton Legacy Foundation was recently created to serve as the center of an international network of institutions and scholars dedicated to furthering the philosophical and cultural achievements of the West championed in Scruton’s work.

It will hosting and sponsoring lectures, events, seminars, research, and projects.

She was married to Sir Roger Scruton from 1996 until his death in February 2020. They have two children.

Walter is married and has five children.

After a successful thirty-year career in the IT industry, Hugh became the Executive Director and a professor at the Reformed Theological Seminary. He is also an ordained ruling elder in the Presbyterian Church of America.

Hugh authored the book How Then Should We Work? Rediscovering the Biblical Doctrine of Work, as well as many articles that have been published in the Washington Post and Christianity Today, among other publications. He has served as Executive Director and board member at The Fellows Initiative and served on numerous boards of other Christian non-profits.